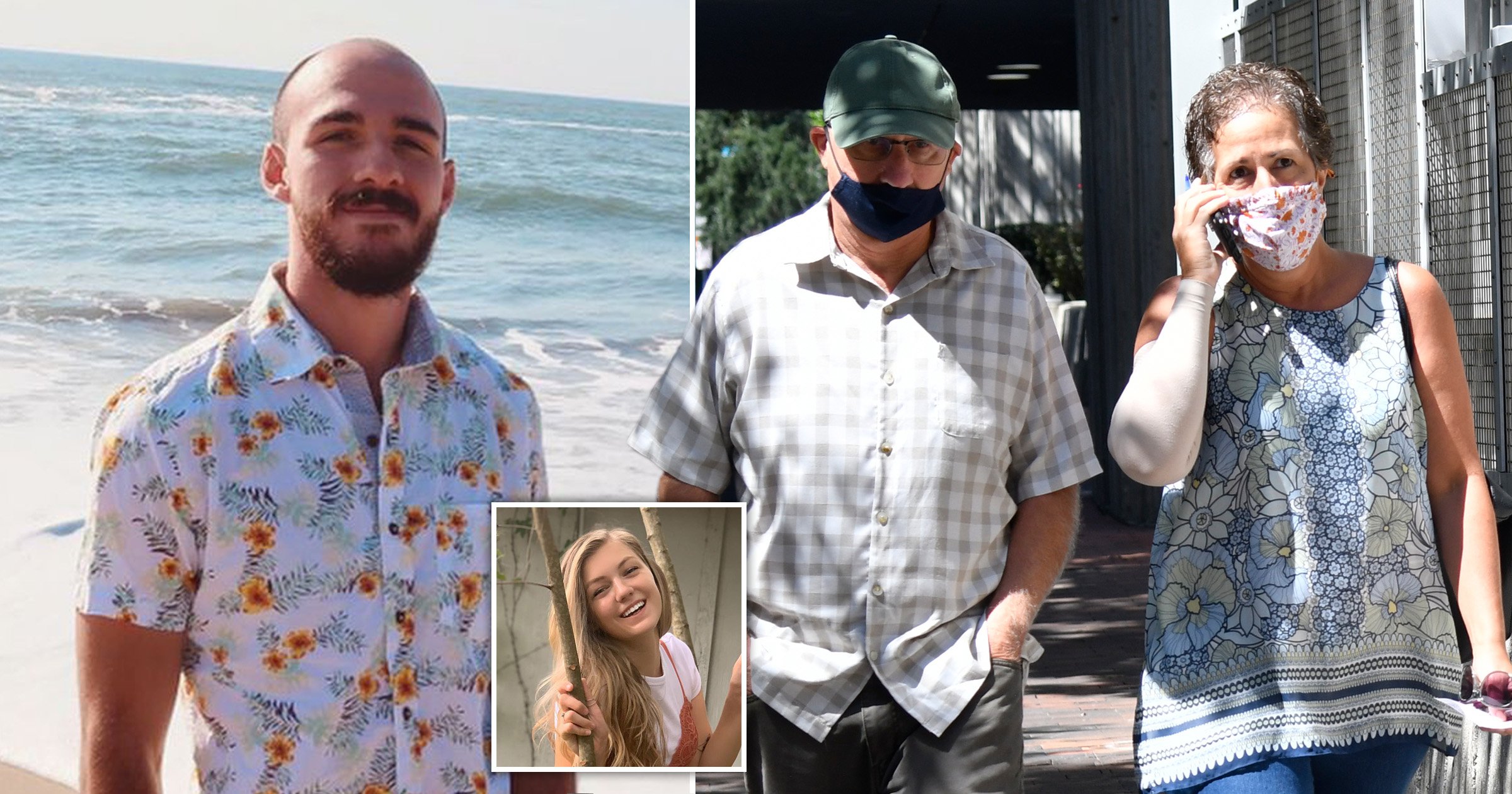 Internet sleuths are claiming that Brian Laundrie is camped out beneath his parent’s backyard garden – at the same time that his family’s attorney says his father will join search efforts.

As the manhunt for the sole person of interest in Gabby Petito’s death intensifies, Internet users have zeroed in on drone footage of the Laundrie family’s backyard. The footage circulating social media appears to show ‘suspicious movements’, they claim.

Meanwhile, the Laundrie family’s attorney Steve Bertolino on Thursday said Gabby’s fiancé may not know he is being searched for.

‘I believe Brian is still in the preserve,’ Bertolino told Fox News, referring to the Carlton Reserve, where Laundrie told his parents he was going to hike before disappearing.

Bertolino added: ‘And as such I don’t think he has access to the news.’

Also on Thursday, Laundrie’s father Chris Laundrie was seen arriving at the gate of Myakkahatchee Creek Environmental Park. Law enforcement officials asked Chris ‘to point out any favorite trails or spots that Brian may have used in the preserve’, Bertolino told Fox News.

Police activity at the Carlton Reserve picked up again after several days of a scaled back search. Laundrie is believed to have hiked the preserve on September 13, and has been missing ever since.

The news of Chris joining the search comes after Gabby’s family joined Dr Phil for an interview, in which they shared their anger toward the Laundrie family and hope that Laundrie turns up alive.

Gabby’s father Joe Petito told Dr Phil he hopes Laundrie will see the inside of a jail cell for the rest of his life, the Independent reported.

As the hunt for Laundrie nears its three-week mark, an influx of wild speculations regarding his whereabouts are surfacing. Many are coming from those looking to bring justice to 22-year-old Gabby, whose body was found in a Wyoming national forest.

Drone footage appears to show Chris and Roberta Laundrie working on one of their flowerbeds in the backyard of their home.

Some social media users allege they could see a ‘hand’ emerge from underneath the flowerbed – and many took the idea and ran with it.

Some noticed changes made to a Spotify playlist Laundrie made shortly after Gabby vanished. Others claim he has been unfollowing accounts on Instagram since his disappearance.

Online sleuths also claim he purchased a burner phone in North Port, Florida, with his mother before taking off, which some claim is being investigated by the FBI.

While Laundrie remains at large, several alleged sightings of him in parts of Florida, Montana, Alabama and the Appalachian Trail have been floated. Most have led to dead ends.