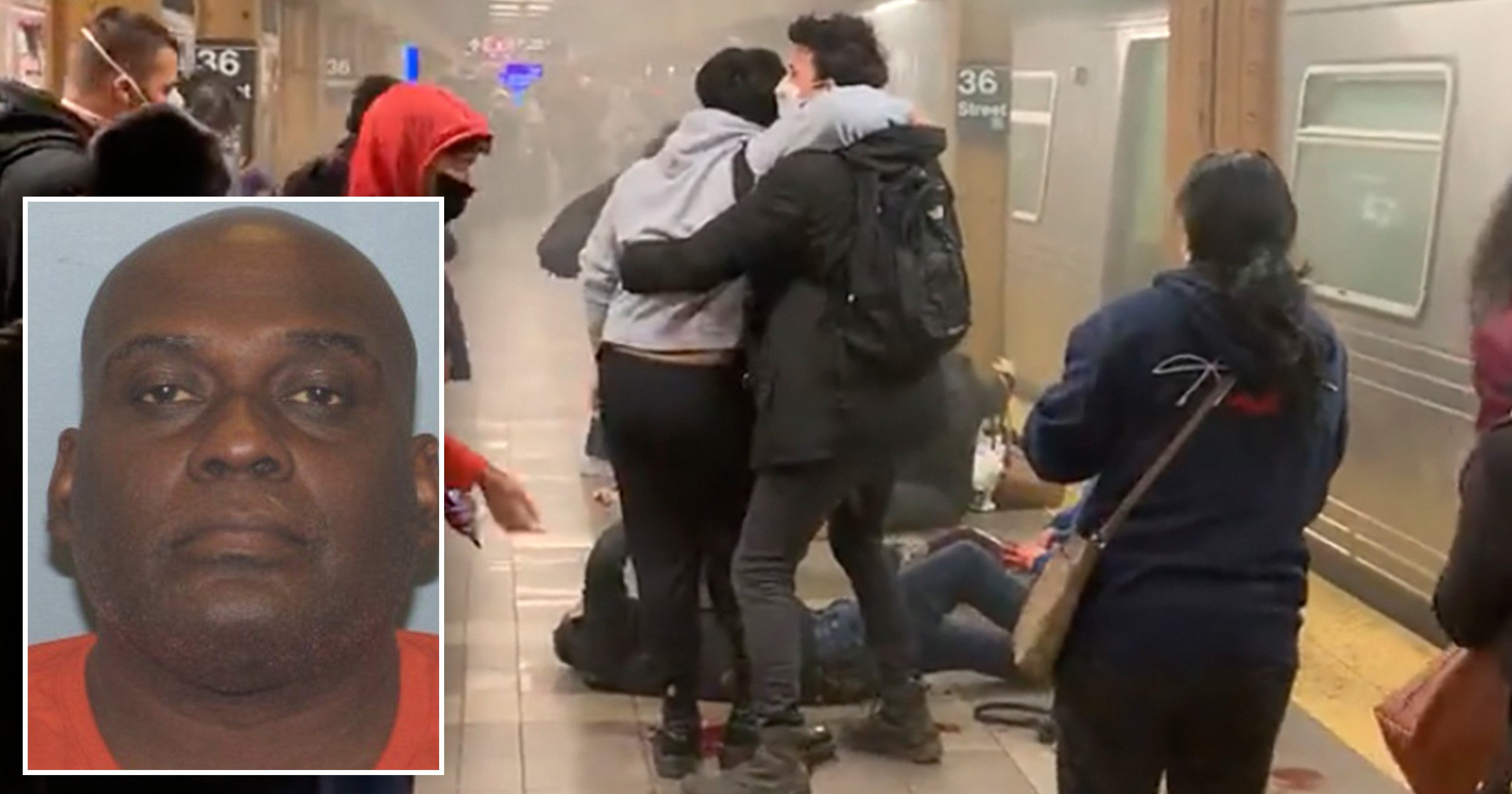 New York City subway rider Fitim Gjeloshi explained his face-to-face encounter with the suspected gunman to police on Tuesday afternoon, hours after the shooting. His account was reiterated by the New York Police Department’s chief of detectives in an announcement on James’ arrest Wednesday afternoon.

‘We have witnesses on the train who said he was sitting in the back corner of the second car and he popped the smoke grenade,’ NYPD Chief of Detectives James Essig said during a press conference. ‘And we have one witness who says, what did you do. He goes, oops, and he pops the tube, brandishes the firearm and fires 33 times.’

James, 62, was taken into custody in the East Village neighborhood of Manhattan more than 30 hours after shooting 10 people at a Brooklyn subway station. Someone called in a tip reporting James at a McDonald’s and cops apprehended him two blocks away near St Marks Place.

He will be arraigned at a Brooklyn federal court and charged with a federal terrorism offense, said Breon Peace, the US attorney for the Eastern District of New York.

Hours after the shooting on the Manhattan-bound N train on Tuesday morning, Gjeloshi gave his account of the incident to police outside the 72nd Precinct in Sunset Park.

‘When (the train) was about to hit 36th Street, we stopped for 5 minutes. He takes out a gas mask from one of his little luggage.

‘He opened one of his gas tanks and he said, “Oops, my bad.” He pulls out an ax, he drops it, he takes a gun out, he starts shooting.’

Gjeloshi claims that the suspect first fired at him but that he was able to dodge the bullet and was not injured.

‘One guy gets shot right next to me. He says, “Help! Help!,”’ Gjeloshi continued. ‘I tell some person to help him out, cover the blood for him. I jump over, I bang the door and I kicked it with my leg.’

In addition to the 10 people shot, 19 were wounded by the time the train pulled into the 36th Street station. All the victims are expected to survive.

The suspect’s 99mm Glock became jammed amid his assault, preventing him from further shooting, law enforcement officials have said.

Gjeloshi said he was ‘scared’.

Essig on Wednesday said that police are asking people who were on the subway train or platform to reach out to Crime Stoppers.

‘We’re still looking for witnesses and anybody who has information who was on the scene,’ Essig said.