The security camera video was shocking in its brutality. A 65-year-old Filipino immigrant was walking down a street near Times Square when a man, in broad daylight, suddenly kicked her in the stomach.

She crumpled to the sidewalk. He kicked her once in the head. Then again. And again. He yelled an obscenity at her, according to a police official, and then said, “You don’t belong here.”

As the violent scene unfolded in Manhattan, three men watched from the lobby of a nearby luxury apartment building. When the woman struggled to stand up, one of the men, a security guard, closed the front door to the building.

Even as reports of anti-Asian hate crimes have escalated in recent weeks, the video released by police officials on Monday evening touched a fresh nerve. The sheer brazenness of the attack — combined with the seeming indifference of the bystanders — caused another wave of fear for many Asian-Americans already worn down by a steady drumbeat of assaults.

“This feels like an emergency happening in real time over weeks,” said Chris M. Kwok, a board member of the Asian American Bar Association of New York. “People are in a state of panic. Everybody is on edge.”

As the video went viral online, the attack provoked a torrent of condemnations from public officials and seemed to underscore the difficulty the government faces in curbing unprovoked assaults against Asian-Americans.

New York City Mayor Bill de Blasio called Monday’s attack “absolutely disgusting and outrageous” and urged New Yorkers to intervene when they see assaults. Gov. Andrew M. Cuomo said it was “horrifying and repugnant” and ordered the state police to help investigate. Andrew Yang, who is seeking to become New York City’s first Asian-American mayor, said he was heartbroken by the frequency of the attacks and advised Asian-Americans to walk outside in pairs.

In Washington, President Biden announced a slate of new initiatives on Tuesday to combat anti-Asian prejudice, including publishing more frequent data on hate crime incidents and taking steps to encourage people to report them.

Video footage from other recent anti-Asian attacks has often shown bystanders frozen in place, appearing paralyzed by the violence they were witnessing. Some Asian-Americans said the attack this week in Manhattan sent a chilling message: Even if assaulted on a busy street in broad daylight, they may be left to fend for themselves.

“When I look at the video, the inaction is what’s heartbreaking,” said Mon Yuck Yu, a health advocate for immigrants in New York. “If you are being attacked, the community will not be standing for you.”

The victim of Monday’s attack in Manhattan was identified as Vilma Kari, according to a police official. Ms. Kari’s daughter said her mother, who had immigrated to the United States from the Philippines decades ago, was overwhelmed and not ready to talk. She declined further comment.

At Ms. Kari’s apartment on Tuesday, a man who opened the door said Ms. Kari was still in the hospital recovering from a fractured pelvis. The man declined to give his name.

The police released a photo and video of a man wanted in the attack. He had not been arrested as of Tuesday evening. 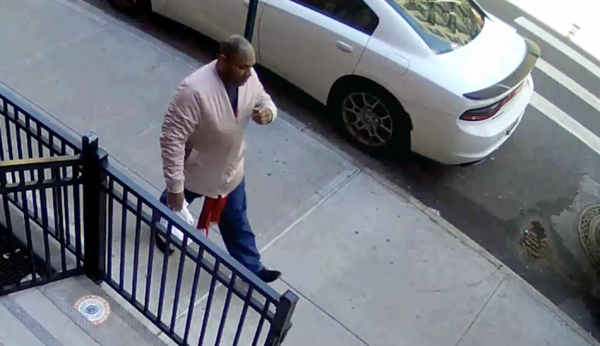 Reports of anti-Asian hate crimes have risen sharply during the pandemic, often triggered by people falsely blaming Asian-Americans for spreading the coronavirus, according to police departments across the country.

In a memo released to Justice Department employees on Tuesday, the attorney general, Merrick B. Garland, said the department would make hate crime prosecutions a priority and would provide additional help to local law enforcement agencies in their efforts to investigate bias crimes.

The problem is particularly pressing in New York City, which saw the sharpest increase last year in reported anti-Asian hate crimes of any major city, according to an analysis of police data by a center at the California State University, San Bernardino.

So far this year, the New York Police Department has received 33 reports of anti-Asian hate crimes, already surpassing the 28 reported last year. One reason for the increase was that more victims appear to be reporting attacks than in the past, a senior police official said, speaking on the condition of anonymity to discuss ongoing investigations.

Anti-Asian hate crimes have long been underreported because of factors that include language barriers and distrust of the police, according to community advocates.

Last week, the New York Police Department announced that it would begin deploying undercover officers to neighborhoods with large Asian populations in response to the rising attacks. All unprovoked attacks on people of Asian descent will now be referred for investigation as possible hate crimes, police officials said.

The Police Department said the victims of these attacks were predominantly middle-aged men and women who were alone on the streets or on public transit. Their assailants tended to be homeless and have a history of prior arrests and behavioral or emotional difficulties, the police said.

Across the country, most of the anti-Asian attacks documented over the past year took place inside stores or on public streets, and bystanders rarely intervened, according to Cynthia Choi, the co-founder of Stop AAPI Hate, an organization that tracks incidents of violence and discrimination against Asian-Americans and Pacific Islanders.

In another video that went viral this week, a man was beaten and choked on a subway train in Brooklyn in what appeared initially to be another anti-Asian hate crime. The video, posted on social media, showed fellow riders shouting at the attacker to stop without stepping into the fight.