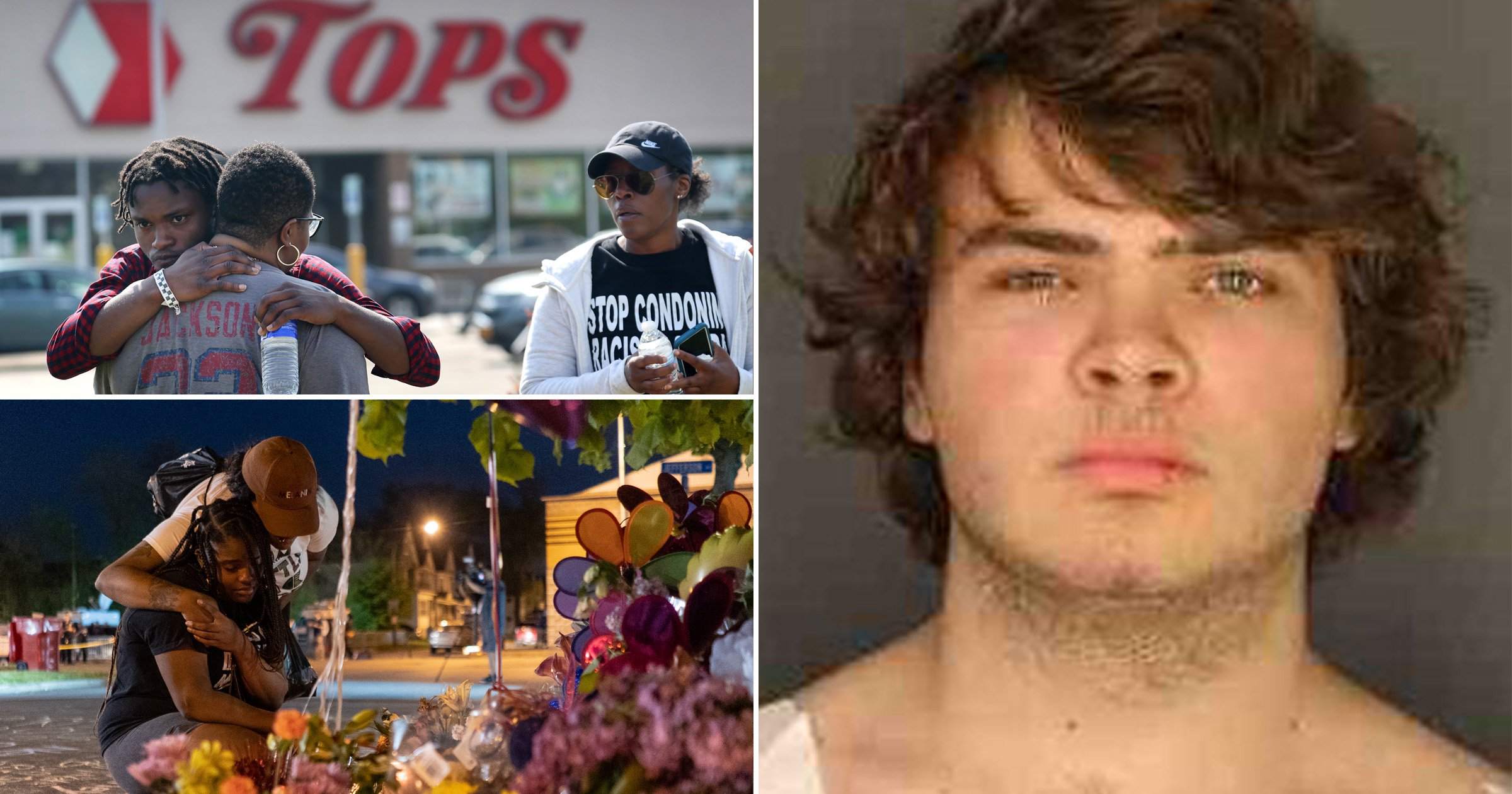 The 18-year-old accused fatally shooting 10 people at an upstate New York supermarket on Saturday would have continued his bloody rampage had he not been stopped, police said.

Gendron surrendered to police after live-streaming his rampage at the Tops Friendly store in Buffalo, New York.

Police are calling the brutal attack a hate crime, as 11 of the 13 people who were shot were black, and there could have been more victims had he not been stopped.

The teen drove to Buffalo from Conklin, a town about 200 miles east, while wearing tactical gear and livestreaming what he was doing, Gramaglia said. The Tops supermarket targeted in the attack is located in a majority black community.

‘This individual came here with the express purpose of taking as many black lives as he possibly could,’ Buffalo Mayor Byron Brown said Sunday.

The gunman began his shooting spree in the store’s parking lot before killing the supermarket’s security guard. At one point, he reportedly turned his weapon on a white person but said ‘sorry!’ and turned away, as seen in some portions of the livestream video circulating online.

When police confronted him at the store’s vestibule he put the rifle to his own neck before surrendering.

Investigators are reviewing a purported manifesto posted online in connection to the shooting.

Gendron used an assault-style rifle that was legally purchased in New York. A hunting rifle, a shotgun and 30-round magazines, which are illegal in the state, were also recovered from the scene.

Gendron pleaded not guilty to the first degree murder charge brought against him in court Saturday night.

He is being held without bail. A felony hearing was scheduled for Thursday morning.