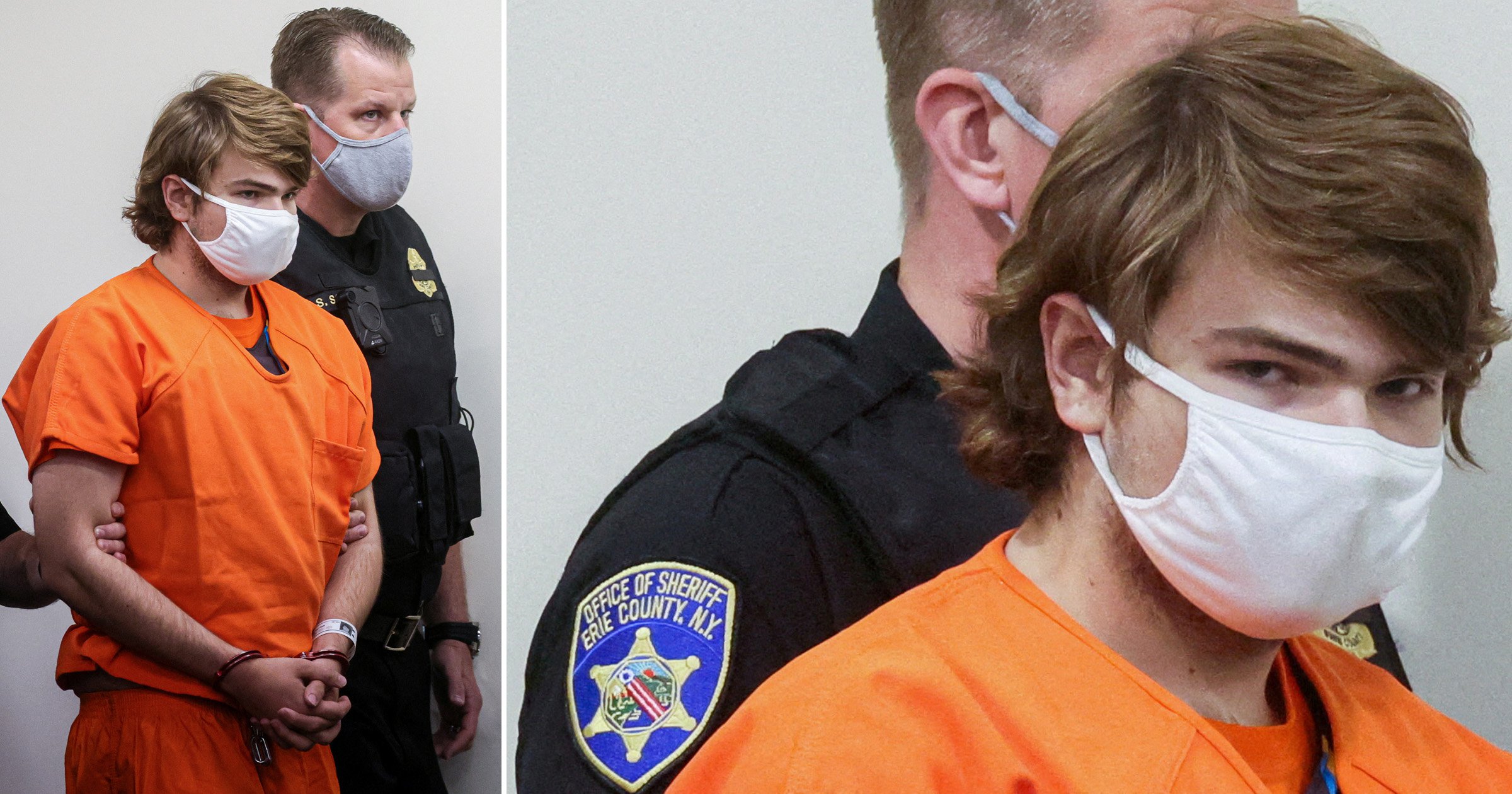 The white gunman accused of killing 10 black people in a racially-motivated mass shooting at a Buffalo supermarket pleaded not guilty to federal hate crime charges.

Payton Gendron, 19, was indicted last week on federal hate crimes and firearm offenses. The accused gunman appeared in court in Buffalo, New York on Monday wearing an orange prison jumpsuit and shackles. His court-assigned attorney noted that he may enter a plea agreement before the case moves to trial.

The 27-count federal indictment accuses Gendron of engaging in substantial planning to commit an act of terrorism against shoppers at a Tops Friendly Supermarket. He faces 14 hate crimes violations and 13 firearms offenses.

Gendron, who was 18 at the time of the may 14 attack, could face the death penalty if convicted on the federal charges. The Justice Department said a decision on whether to seek the death penalty against Gendron would come later.

Investigators say the teen, who livestreamed his racist attack online, chose the supermarket due to it being located in a predominantly black neighborhood. He drove about three hours from his hometown to carry out the attack.

He was arrested just outside the entrance to the Tops Friendly Supermarket wearing body armor. He fatally shot 10 black people and wounded three other people. Eleven of his victims were black, according to officials.

According to Buffalo Police Commissioner Joseph Gramaglia, Gendron shot four people outside of the supermarket, including the store’s security guard who was a retired police officer.

The supermarket, located in what many consider a food desert, reopened to the public on the same day the federal indictment was filed against Gendron.

‘The Justice Department fully recognizes the threat that white supremacist violence poses to the safety of the American people and American democracy,’ Attorney General Merrick Garland said in a news release.

‘We will continue to be relentless in our efforts to combat hate crimes, to support the communities terrorized by them, and to hold accountable those who perpetrate them,’ he added.

He previously pleaded not guilty to those charges and has been held without bail since the May 14 shooting.

He has been transferred back to state custody until his next hearing, which is set for December 9.