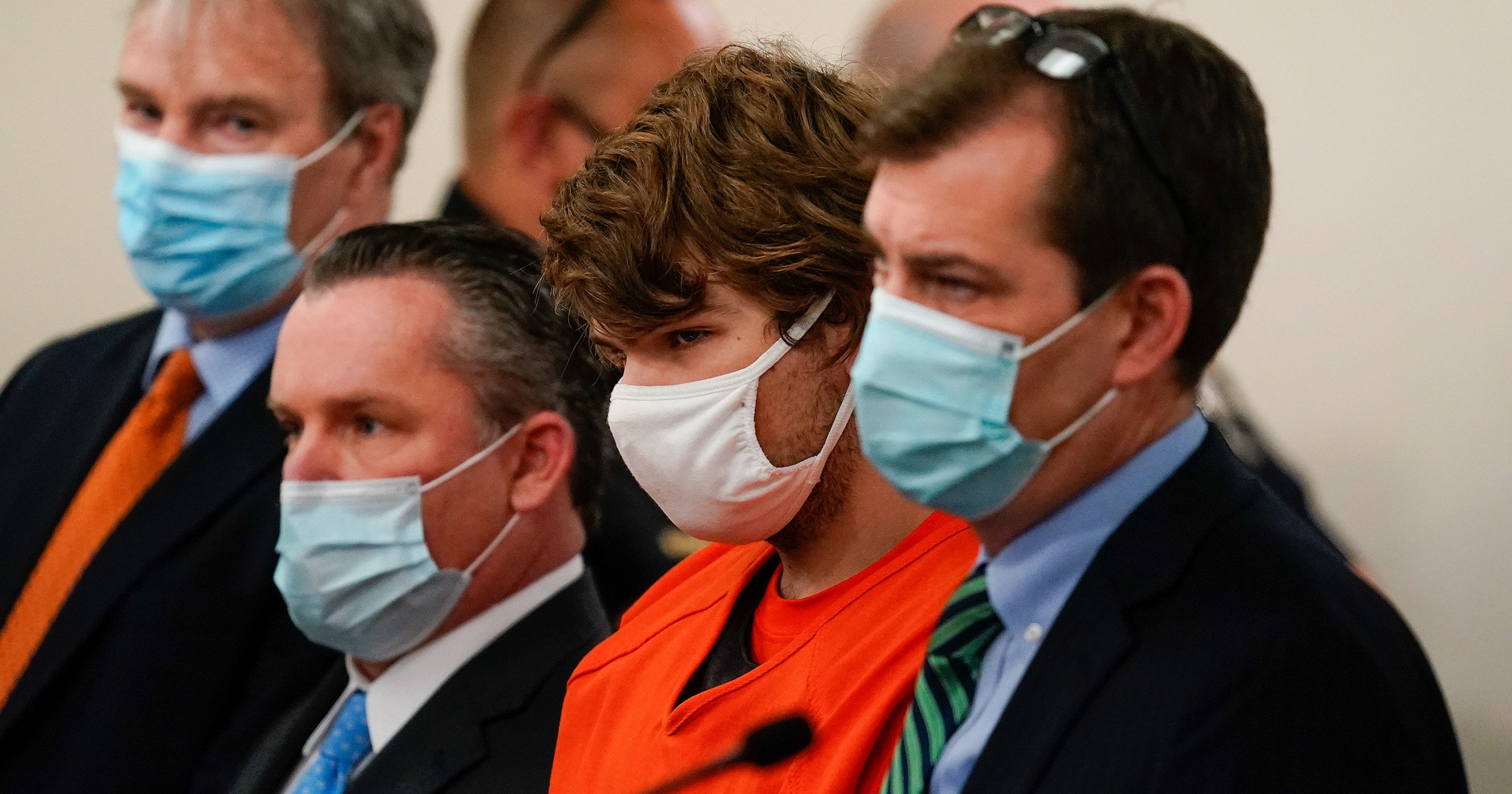 The 18-year-old accused of killing 10 black people at a supermarket in Buffalo, New York pleaded not guilty to the 25-count indictment against him, which included hate-motivated domestic terrorism and other charges.

A lawyer entered the plea for Payton Gendron, who was dressed in an orange jumpsuit with shackles on wrists and ankles.

Authorities say Gendron was targeting black people when he drove three hours from his home in upstate New York and shot 13 people with a rifle at a Tops grocery store in Buffalo on May 14. He killed 10 people in the attack, all of whom were black.

‘There is overwhelming proof of the defendant’s guilt,’ Assistant District Attorney John Fereleto said. ‘The defendant was caught at the scene of the crime with the weapon in his hands.’

In addition to being caught at the scene, Gendron’s own writings and social media posts, which include livestreamed video of the attack, have incriminated him.

A 25-count indictment accuses Gendron of carrying out the shooting ‘because of the perceived race and/or color of such person or persons’ injured or killed, a charge that would carry a penalty of life in prison without parole.

The domestic terrorism hate crime charge was added to New York law two years ago after a mass shooting targeting Mexicans at a Walmart in El Paso, Texas. Gendron is the first to face a charge under the law.

Gendron is being held without bail. He is due back in court on July 7.