A powerful storm dubbed a “bomb cyclone” has caused mudslides and flooding in Northern California.

Flooding was reported across the San Francisco Bay Area, with heavy winds pulling down power poles and leaving tens of thousands of people without electricity.

Up to 10 inches (25cm) of rain was expected to fall on the West Coast, according to meteorologist Mark Chenard of the Weather Prediction Center at the National Weather Service. 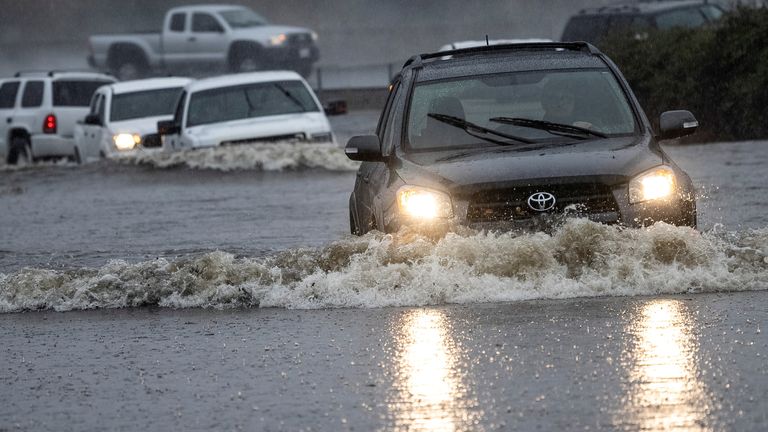 He described the storm as a “bomb cyclone” – an intense weather event caused when the pressure within the atmosphere drops quickly.

The cyclone comes after the busiest wildfire season in California’s history, which has heightened threats of flash flooding.

“Burn scars, that’s the area where the water tends to run off quicker, so that’s where the biggest flash-flood risks are,” Mr Chenard said.

“Warnings are of life-threatening flash flooding in and around the burn scars.”

Several mudslides have been reported across the 570,000 acres (230,679 hectares) blackened by the Dixie Fire in the Sierra Nevada mountains northeast of San Francisco, he said. 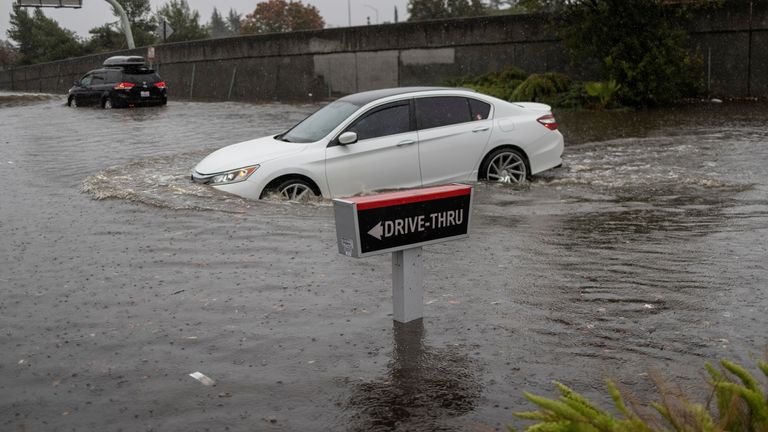 The area of Central California damaged by the 2020 Creek Fire has been placed under evacuation warning status, the Fresno County Sheriff’s Office tweeted.

Emergency services have issued flood warnings for areas including Marin County, just north of San Francisco, and areas of the Napa River.

“It’s a pretty impressive storm system,” he added. “It’s happening now, and it’s going to continue into the day tomorrow.

“It will be gradually shifting southward across Central California tonight and tomorrow.” 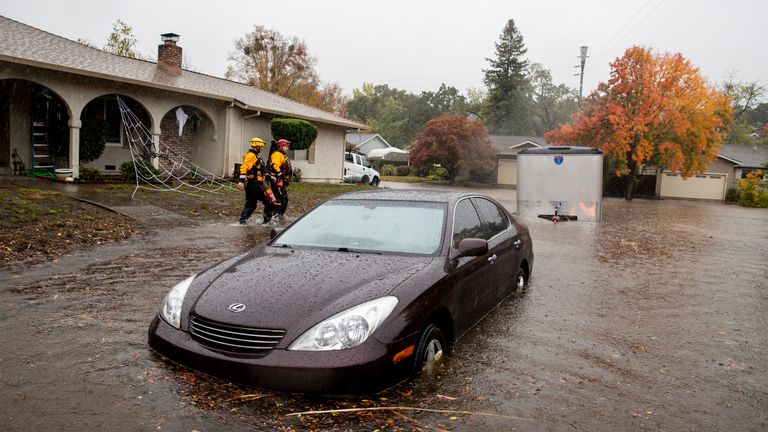 Two people were killed when a tree fell on their car in the greater Seattle area.