Wednesday: The state is reopening, but some regions aren’t moving as quickly as others. Also: A bear hits the recall campaign trail. 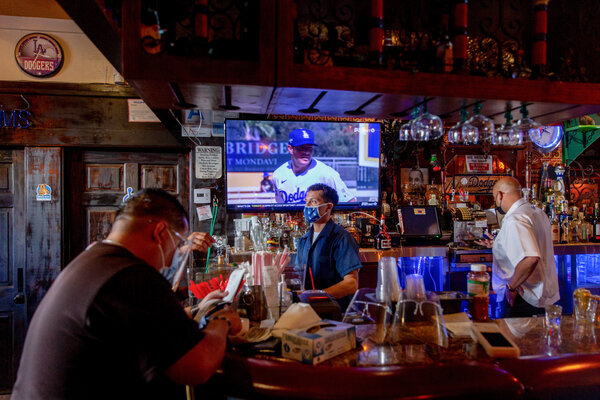 Not long ago, it seemed almost unfathomable that coronavirus cases in Los Angeles would soon be low enough to warrant lifting some of the nation’s toughest pandemic rules. Restaurants were ordered to close their outdoor operations. Hospitals were overwhelmed. Even driving to the grocery store was deemed risky.

In San Francisco, which also met the yellow-tier threshold, California tourism officials on Tuesday described the state as open for business.

“You can safely go out in public again,” Eleni Kounalakis, California’s lieutenant governor, said in a virtual news conference, speaking from San Francisco’s Moscone Center. “We all need a little weekend getaway.”

But other parts of the state, including Sacramento and counties on the northern end of the San Joaquin Valley, such as Merced and Madera, remained in the much more restrictive red tier because of higher case rates.

The contrast shows the state in the midst of yet another period of fraught transition, hurtling toward what officials have promised will be a full reopening on June 15 — even as vaccinations have slowed.