When you think of the people who built Los Angeles, the names that most likely jump to mind — William Mulholland, the Chandlers — are often those of white men. It’s not surprising, and it’s not unusual among American cities.

That’s why, when I heard Laura Atkins, a Berkeley-based children’s book author, mention Bridge Mason, known as Biddy, on an episode of the podcast East Bay Yesterday, I took note.

Ms. Mason, she said, had been born enslaved, won her freedom in a California court in the mid-1850s and eventually became a prominent downtown L.A. landowner — not to mention the growing metropolis’s richest woman.

She organized the city’s First A.M.E. church and was a philanthropist.

It’s Black History Month, so I’ve been thinking about what it means to honor the legacies of people whom history has traditionally left out.

Ms. Atkins and Arisa White, a poet, have written a book about Ms. Mason’s life, “Biddy Mason Speaks Up,” part of a series about civil rights leaders. So I asked them how they decided to write about her and about different ways of thinking about historical figures.

“A lot of what we thought about was the idea of the kind of linear, heroic narrative, where there’s one singular person who saves the day, versus more of a feminist recovery project,” Ms. White said. “We have to amass Biddy Mason’s story by pulling through different threads.”

The book, which is illustrated by Laura Freeman, alternates between a story told from Ms. Mason’s perspective and pages that are filled with definitions of words like “power,” “race,” and “westward expansion,” as well as timelines and discussion questions for readers about how those themes play out in their own lives.

On one page, the authors ask: “Have you ever been taken away from someone you love?”

On another: “What does freedom mean to you?” 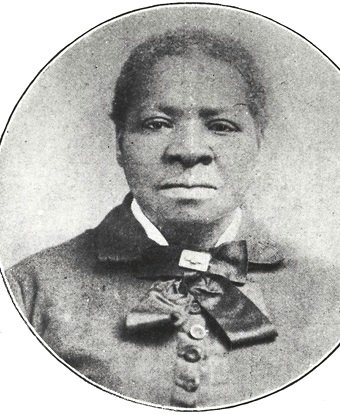 Ms. White said she was also excited to highlight a different way of building wealth. Ms. Mason worked as a midwife and a healer who used herbal remedies her enslaved grandmother had taught her.

Among her clients were some of L.A.’s richest residents, including Pio Pico, the last governor of Mexican California.

“It’s bringing to life a different kind of intelligence that I don’t think young readers access when they think about enslaved people,” she said.

Ms. Atkins said she knew that the idea of reframing history through a feminist, collectivist lens might sound a little too, well, Berkeley for a lot of educators.

But she said she had been heartened by the response.

“We’ve gotten some real love from people out in the world and appreciation for the way it empowers students to engage,” she said. 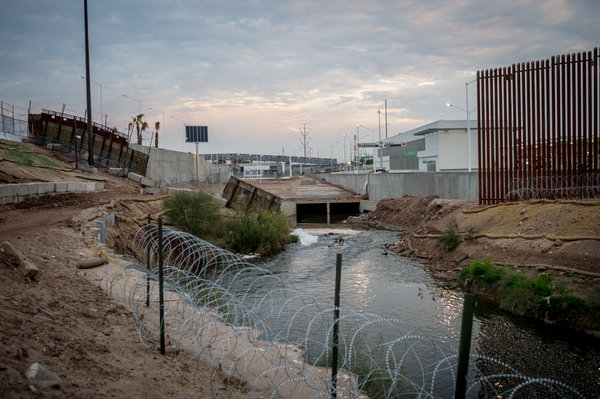 (A note: We often link to content on sites that limit access for nonsubscribers. We appreciate your reading Times stories, but we’d also encourage you to support local news if you can.)

• “There is a crisis here but it has nothing to do with immigration.” How the New River, which Mexico treats as a drain, brings noxious waste and pollution into the Imperial Valley. Residents say their health is suffering as a result. [The New York Times]

• Two transgender women from Honduras joined a migrant caravan. Only one survived the grueling 2,700-mile journey to San Francisco. Their plight illustrates the dangers for L.G.B.T. migrants, who often face violence and discrimination in their home countries. [The San Francisco Chronicle]

• Congressional negotiations over a border security deal broke down on Sunday, ahead of deadlines meant to avert another government shutdown. The impasse appears to center on Democrats’ demands that there be a limit to the number of unauthorized immigrants already in the country who could be detained by ICE officers. [The New York Times]

• Michael Moore, chief of the Los Angeles Police Department, defended an elite division of officers that an investigation found had been profiling black drivers. His comments came not long after Mayor Eric Garcetti ordered the department to scale back vehicle stops in response to the findings. [The Los Angeles Times]

• California Republicans are looking for a new party chair. After stinging losses in November, some are pushing to double down on President Trump’s agenda. But if they do that, one strategist said, “It’s over.” [The Los Angeles Times]

• As Silicon Valley’s current crop of highly valued start-ups (think Uber and Airbnb) mature and prepare to go public, opportunities to disrupt established industries are fewer and farther between. [The New York Times]

• So what will the next crop of “unicorns” look like? Here are 50 start-ups that might fit the bill. [The New York Times]

• Allensworth, a southern San Joaquin Valley town, was founded as a kind of refuge from racism and segregation. It’s the only one in California that was built, financed and home to African Americans. At its height in the early 20th century, it was a thriving community. Here’s its fascinating story. [The Fresno Bee]

• So, like, there’s a new art exhibit in Glendale that explores what it means to be a Valley girl. But, like, actually — not just the stereotypes. [The New Yorker]

The Grammy Awards are advertised as “music’s biggest night.”

But like the Oscars, the Recording Academy has struggled to hang onto cultural relevance in the face of controversy and a changing industry.

Many of music’s biggest names (Beyoncé, Kendrick Lamar, Ariana Grande) were absent. And even though the telecast was hosted by Alicia Keys and was stacked with strong performances by female artists, it was tough to forget that the Academy was atoning for its outgoing president’s statement last year that women need to “step up,” in response to claims that it had overlooked their work.

Still, the awards shine a valuable spotlight on lesser known artists, like Ángela Aguilar, an Angeleno who was this year’s youngest nominee.

If you want to catch up, find The Times’s coverage here. And here are all the winners.