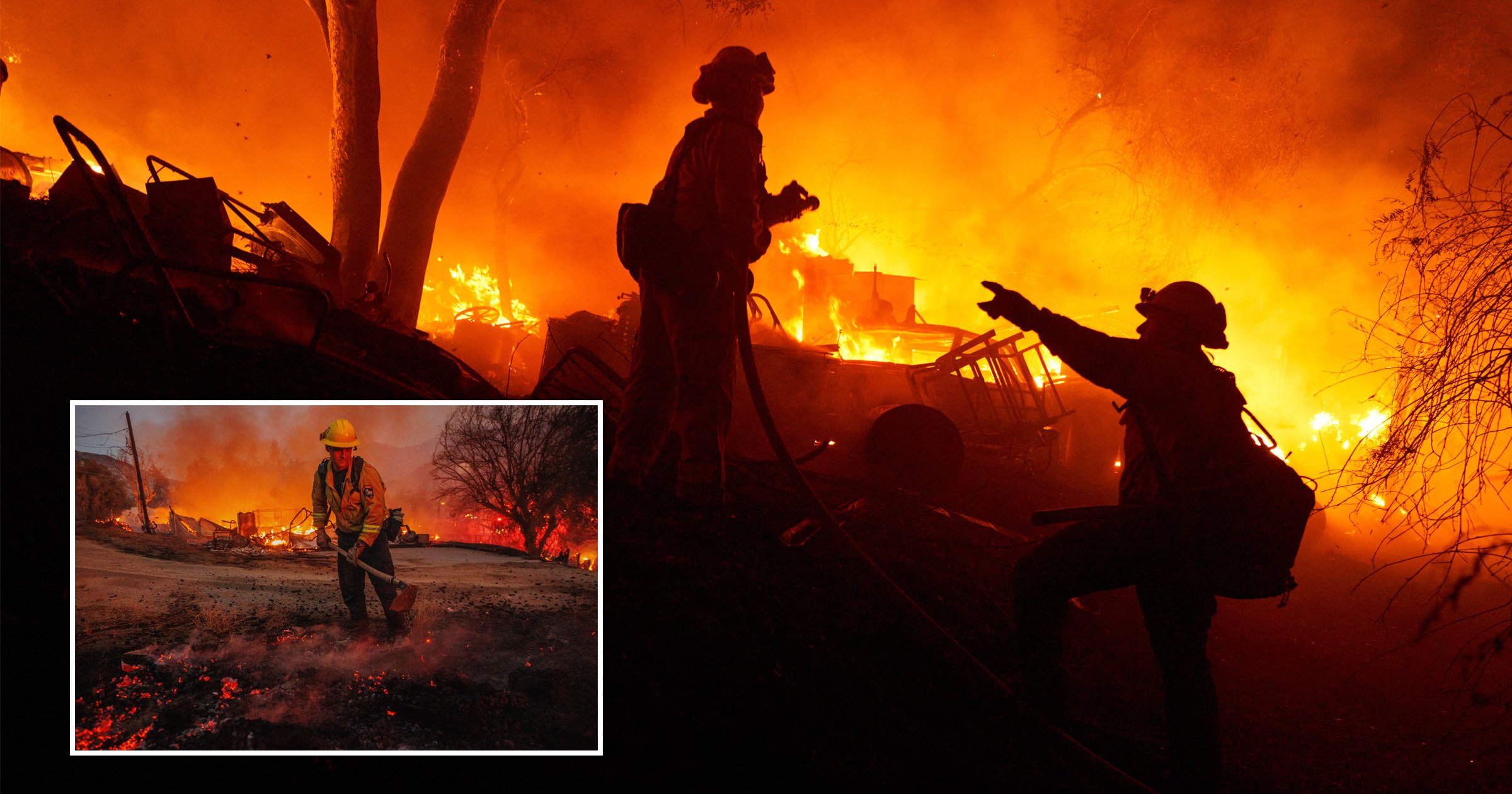 A second California wildfire has killed two more people on Monday as the state suffers through a severe heatwave and drought conditions.

Two people were killed in the blaze, named the Fairview Fire, and a third was hospitalized with severe burns on the arms, back and face.

Firefighters responded to a 20-acre brush fire near Hemet on Monday. By Tuesday morning, the fire had grown out of control, burning 2,400 acres in Riverside County. The fire was only 5% contained as of Tuesday.

Hanson said that the fire moved in an atypical direction, and was exacerbated by dry fuel from local drought conditions.

‘Everything lined up for a critical rate of spread at that time,’ he said.

The two victims were attempting to flee the canyon, but were overcome by the blaze, Hanson said.

Firefighters worked continuously through the evening to establish perimeter control and structural defense.

Riverside County Fire Department deployed 38 engine companies, for a total of 265 firefighters to combat the blaze.

The sheriff’s department is coordinating hard evacuation orders and road closures in parts of Hemet. An estimated 1,500 homes were evacuated as of Tuesday.

Authorities do not know how the fire was started. The sheriff’s department said that the initial burn zone was too hot to investigate at this time, and they would begin an official investigation after it cooled down in the morning.

It is the second deadly wildfire to hit California in the last few days. In northern California, the Mill Fire swept through the town of Weed in rural Siskiyou County. Two people were killed in the blaze, and over 1,000 were evacuated in the area. More than 100 buildings were destroyed in the small town.