California is under a state of emergency after wildfires left nearly three million people without power, scorched the state’s famous wine country and threatened areas near LA.

Among those forced to flee in the early hours of Monday morning was LA Lakers star LeBron James.

He tweeted in the early hours: “Man these LA fires aren’t no joke. Had to emergency evacuate my house and I’ve been driving around with my family trying to get rooms. No luck so far!”

He later tweeted to say he had found somewhere to stay.

The fires have been fanned by winds of more than 102mph (164kph) and prompted forced power cuts to stop other fires breaking out from damaged power lines.

Northern California’s wine-growing Sonoma County has been worst affected, with the Kincade fire burning 84 square miles (218 sq km) and forcing 190,000 people to be evacuated, many in the middle of the night.

Some 3,000 people are battling the fire, with officials saying on Sunday that it was only 5% contained. 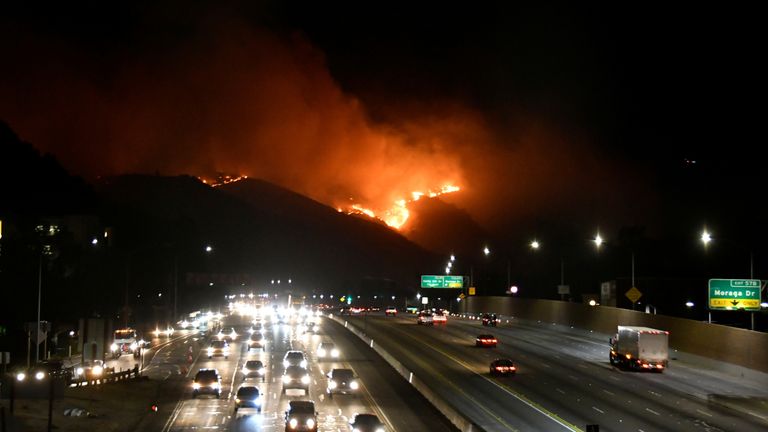 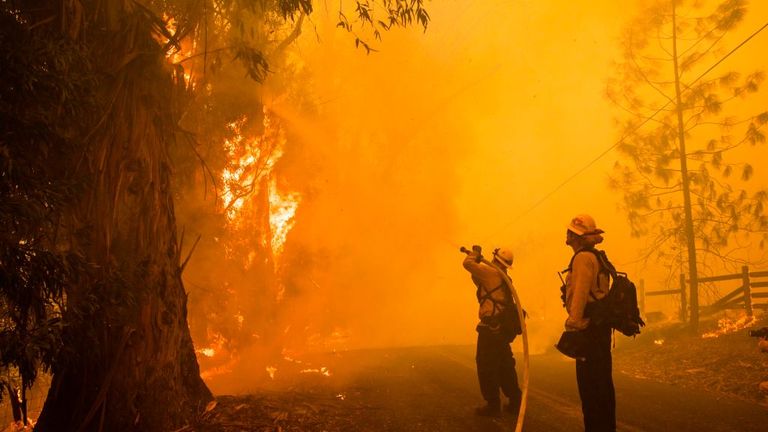 California governor Gavin Newsom declared the state of emergency and said they were deploying “every resource available”.

The Tick fire is also threatening the Santa Clarita area near Los Angeles, but on Sunday night it was said to be 70% contained. 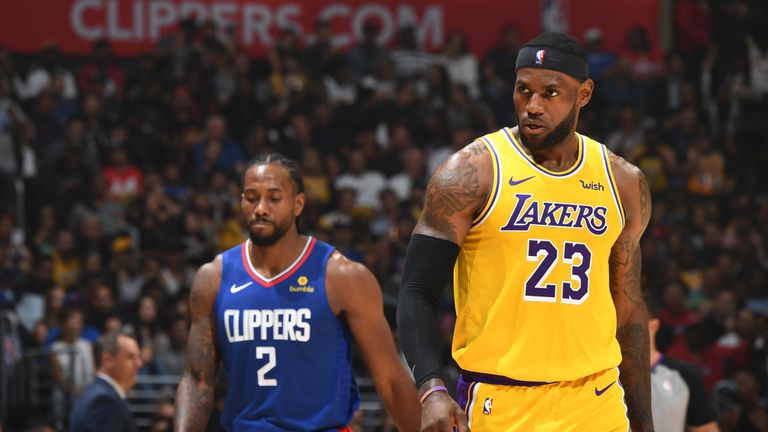 However, on Monday morning another blaze broke out near the city’s Getty Center museum.

Sonoma County’s sheriff office tweeted that the operation there was “the largest evacuation that any of us … can remember”, as the alert spread to cover parts of Santa Rosa – a city of 175,000.

Pacific Gas & Electric said power was out to 965,000 customers on Sunday, while another 100,000 have lost electricity because of strong winds, bringing the total affected by blackouts to nearly 2.7 million people.

The power company has been accused of failing to upgrade its infrastructure despite the threat from wildfires. The Kincade fire started at about the same time one its transmission towers malfunctioned at the same location.

High winds are expected to die down on Monday, giving firefighters a chance to make headway, before whipping up again on Tuesday – possibly worse than before. 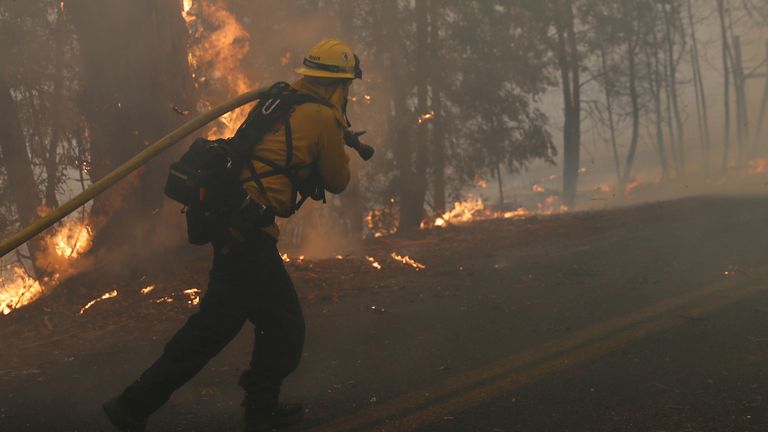 “Late Tuesday through Thursday, the winds are back and in some areas can be more extreme than before,” said US National Weather Service forecaster Marc Chenard.

“We have the potential for the strongest Santa Ana (southern) winds of the year.”