The firefighters who had been joking with us and amazed that we had travelled from the United Kingdom to cover their fires are serious and subdued.

A team dressed in yellow firefighting uniforms moved forward into one of the seemingly countless housing estates now reduced to cinders, with maps and photographs of streets and homes.

They began peeling back sheets of twisted aluminium and crumpled roofs exposing the living spaces beneath, now compacted into flatbed sheets of destroyed household items.

They moved on, leaving a new team of investigators wearing white jump suits, to take over.

I asked one of the firefighters what was going on.

“We are searching for people now,” he said, his voice a conspiratorial whisper.

“Those guys are from the coroner’s office.” 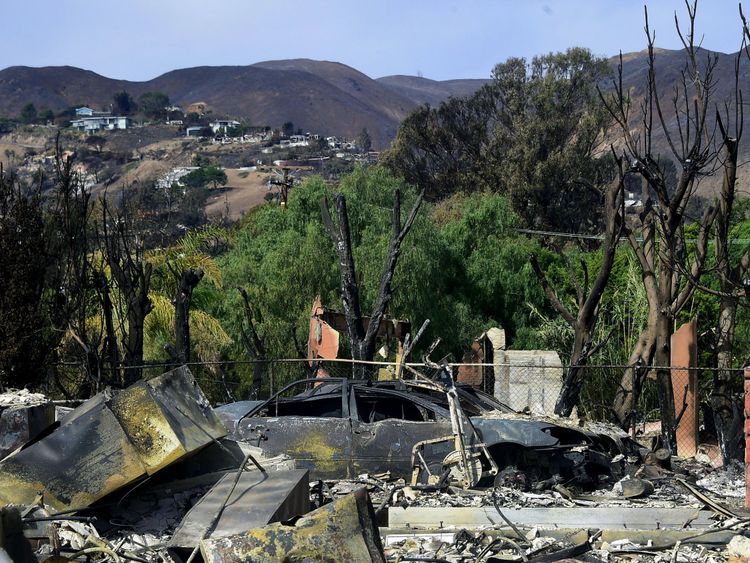 In the space of a day the number of dead and missing has doubled and despite a widely held belief that the final tally of people who died in the northern Californian fire storm would be low, it now seems that the estimates were just wrong.

The fire that engulfed Paradise moved so fast and so early in the day that many of the residents barely knew there was any danger at all. Many of the people living here are pensioners.

The fire travelled through neighbouring towns and across valleys and ravines at such incredible speed it was impossible for an orderly evacuation plan to swing into action. 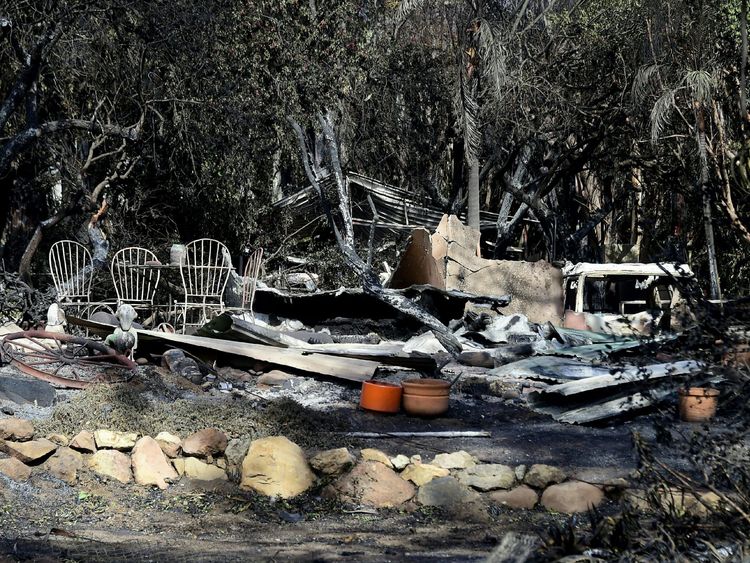 In reality those fortunate to be awake and outside could see a huge wall of flames moving towards their homes and quickly took what they could and fled.

The coroner’s people are now in charge of search teams in multiple locations in the town sifting through the debris for human remains.

No time limit has been put on the search. It has to be methodical and it has to be done with respect. 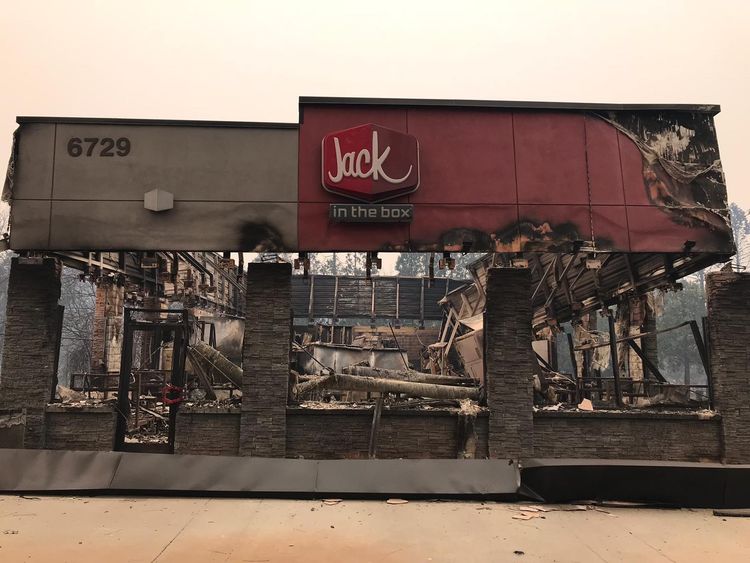 I asked a senior fire chief if it was going to be a difficult job.

“Are you kidding?” he said removing his helmet.

:: Paradise destruction is as complete as Mosul or Raqqa

It certainly is huge. Housing complex after housing complex throughout the town have been reduced to burnt rubble and there could be bodies scattered among all of them.

Slowly but surely they are now finding human remains.

A hearse was called to one of the search sites. Police tape was unfurled around the entire scene before the hearse was loaded with what we were told were human fragments and sped away with a police escort.

A member of the search team stepped away and sat down. He seemed upset and exhausted.

This will go on for weeks.

While this disaster has yet to end for the families of the lost or missing there is also a very real danger that fire in Paradise could flare up again.

Smoke fills the air, making it difficult to breathe. The earth around the charred remains of buildings, vehicles and trees is still hot. This whole area, like the surrounding countryside, is far from contained.

Firefighters working round the clock gather in open land to receive their latest orders. All their work here is designed to reduce the risk of another fire. They patrol looking for hotspots, flare ups and extreme smoke.

Most of the families who made it out fled in the clothes they were wearing. They have lost pretty much everything.

In evacuee centres they rummage through mountains of donated clothes looking for what they need.

Almost all share the same stories of escaping through the flames, the elation of survival and then the crushing guilt of having left people they knew behind.

None of them know what they are going to do or when they can go home. Most don’t have a home to go back to.

It hasn’t rained here for more than 200 days and the sun is still blazing although its barely penetrates the smoke that hangs low in the air.

The next few days will be critical for California still fighting blazes in the north and the south – everyone is hoping for rain.

What happened here will be the subject of considerable investigation. There was an extremely sophisticated wild fire evacuation plan but it didn’t work.

In truth a fire storm of this magnitude probably defies all planning. It was too quick, too ferocious and too lethal.