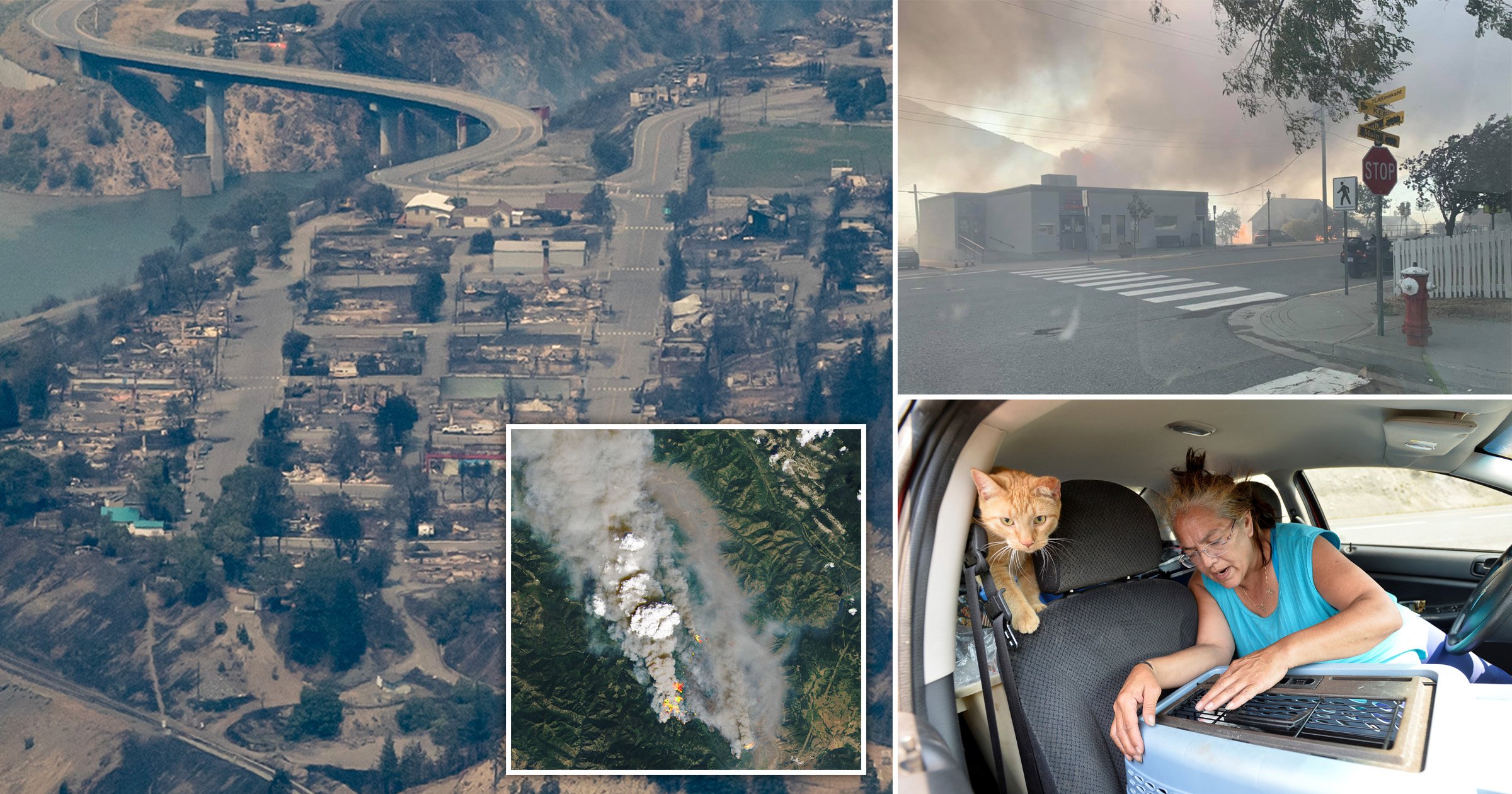 An entire town in Canada has been completely destroyed by a wildfire that started after temperatures soared to 49.5C (121F) – the hottest the country has ever recorded.

Lytton, in British Columbia, burned to the ground on Thursday less than 48 hours after the entire population was ordered to flee the town, leaving their homes and belongings behind, in order to escape the wildfire’s path.

On Thursday evening Lytton’s local MP, Brad Vis, told the BBC that the blaze had destroyed at least 90% of the town. Most homes, businesses and schools have suffered extensive fire damage, Mr Vis added.

Meanwhile Jan Polderman, the mayor of Lytton, said he had been ‘lucky to get out with my own life’. 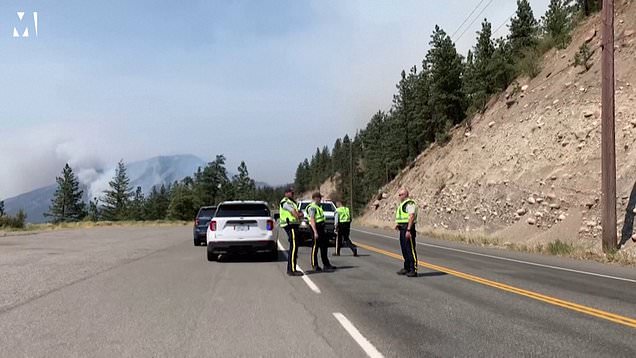 He added: ‘There won’t be very much left of Lytton. There was fire everywhere.’

The wildfire, 123 acres in size, started to the south of Lytton, which is about 150 miles east of Vancouver, and has been blown northwards by strong winds.

It’s though the fire – which is one of at least 26 being battled by firefighters in the province on British Columbia – was caused by the extreme heat the region has been experiencing over the last week.

The intensely hot and very dry weather has been caused by a weather phenomenon known as a heat dome. It’s an extreme type of heatwave that caused hot air to become trapped close to the earth’s surface and unable to escape due to the jet stream.

The heat has also led to a number of wildfires breaking out unseasonably early in California, where a handful of wildfires are at risking of burning out of control.

On Wednesday the Siskiyou County Sheriff’s office ordered the evacuation of hundreds of people in the area whose safety may be put at risk by three large fires that have burned over 20,000 acres in California.

Photos of the fire ripping through Lytton show how buildings have been bulldozed by the flames.

‘Our poor little town of Lytton is gone’, Edith Loring-Kuhanga, an administrator at Stein Valley Nlakapamux school, wrote on Facebook.

She said she grabbed her suitcase, a pillow and computer case before being forced to leave her home.

‘We loaded everyone up in our vehicles and started driving… we had no power or internet in Lytton and everyone was trying to reach people’, she wrote.

‘This is so devastating – we are all in shock! Our community members have lost everything.’

While destructive, the heatwave has also proved to be deadly. British Columbia recorded 486 deaths over five days compared with an average of 165 in normal times.

Chief coroner Lisa Lapointe blamed the bulk of the excess deaths on the extreme weather.

Many of those who died, she said, had been living alone in un-ventilated accommodation.

Temperatures are set to ease across many western areas but the weather system does appear to be tracking eastwards, towards inland and dense forest areas. The provinces of Prairie, Alberta and Saskatchewan and parts of Manitoba have been placed under Environment Canada heat warnings.

Speaking on Thursday Joe Biden linked the unprecedented heatwave to climate change, warning it is likely to make extreme weather events a more common occurrence in the future.