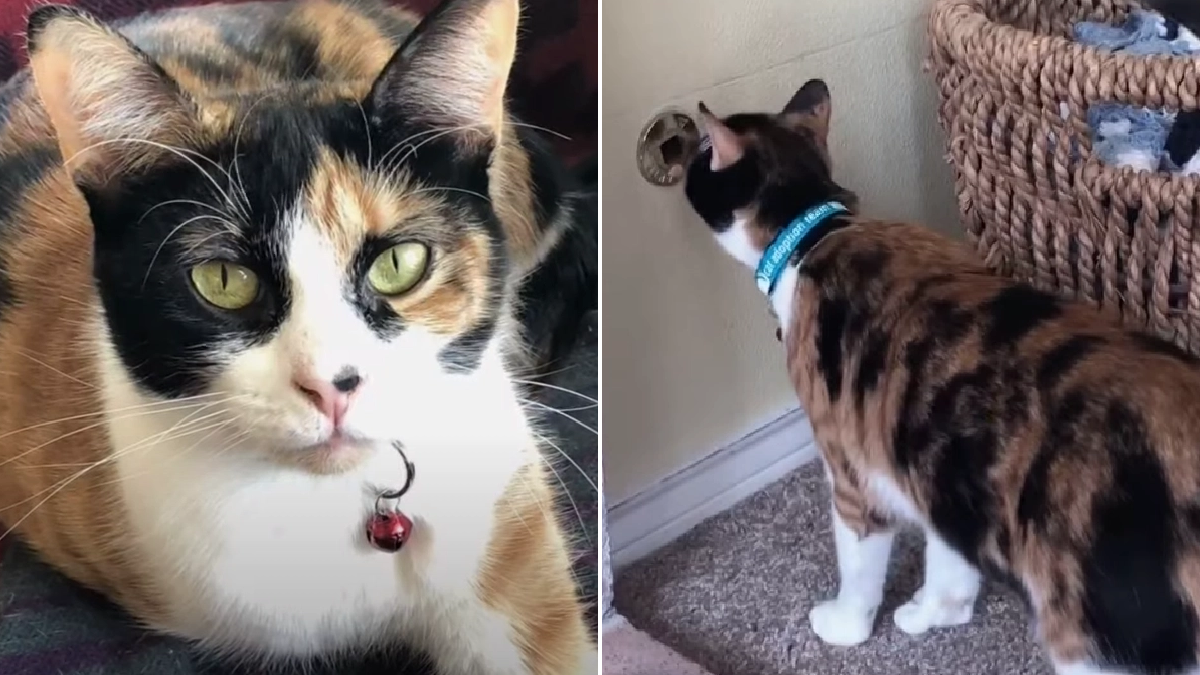 A rescue cat who is battling leukemia saved her family’s lives after sniffing out a gas leak at their home. The calico kitty, called Lilly, was playing in the living room with owner Sandi Martin last Friday, when she walked over to a gas fireplace and began sniffing its valve.

Sandi, from Lake Oswego in Oregon, told the Cat Adoption Team shelter, which rehomed Lilly: ‘I thought that was kind of strange. She’d never done that before. I went over and sniffed and there was a natural gas smell. It was very, very faint so I didn’t really trust my nose.’

Sandi’s husband also picked up the faint gas scent, with the couple contacting their gas company for help. Workers there told them to immediately turn off all electronics – including their mobile phones – and open the doors to their home to get fresh air inside.

An emergency gas company worker arrived 20 minutes later – and told the Martins that they’d come close to disaster. Sandi told KGW: ‘He came in and tested it and, in fact, he said it was a dangerous gas leak.

‘So, then he tested all the other sources of gas and went outside and cut off the pipe to the gas there and capped it off and shut down the fireplace. She might have saved our lives.’

Had Lilly not alerted her owners to the leak, it would likely have built up to dangerous levels, and caused an explosion or fire which could have seriously-injured or killed them.

Cats have an extremely sharp sense of smell, which allows them to pick up scents humans may miss.

Sandi also credited Lilly from saving her from a ‘dark place’ over the Christmas holidays, after Covid stopped she and her husband spending the festive season with loved ones.

Lilly is a special-needs cat, with 21 toes – three more than cats usually have.

She also suffers from feline leukemia, and is now being given extra treats and cuddles by her grateful owners.