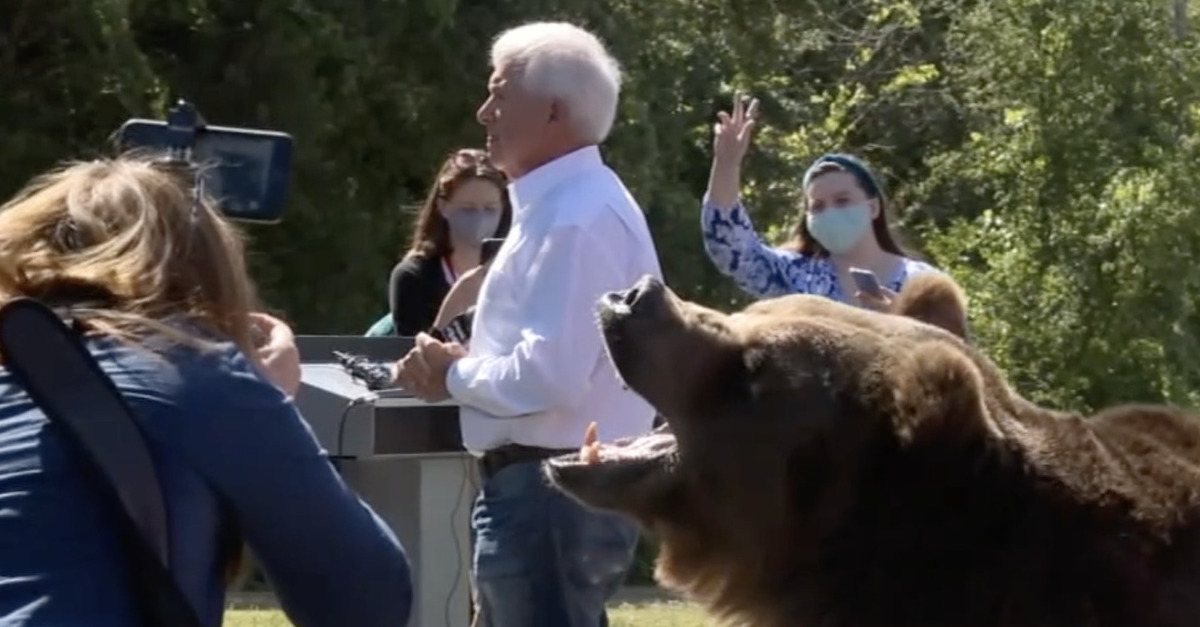 A Republican candidate challenging incumbent Gavin Newsom in the California governor’s race has been sued for allegedly bringing a ‘drugged and abused’ 1,000-pound bear on the campaign trail.

Gubernatorial hopeful John Cox faces a lawsuit from the animal rights group Animal Protection and Rescue League (APRL) after allegedly bringing the Kodiak bear named Tag to a campaign event in Shelter Island on May 11 and to San Diego the next week.

The suit filed earlier this week against Cox and others who are not named claims that they illegally organized events ‘with a captive, 1000-pound bear who has been drugged and abused for this purpose’.

Cox’s campaign promise is ‘Big Beastly Changes to Save California’. He says he is Democrat Newsom’s ‘top challenger’ and has been ‘roaring through California gaining BEASTLY momentum’.

The suit cites a San Diego Municipal Code provision banning individuals from bringing ‘any lion, tiger, bear’ into the jurisdiction regardless of “their actual or asserted state of docility, tameness or domesticity’.

In addition, the San Diego Humane Society is looking into Cox bringing the bear on the road, according to NBC Bay Area.