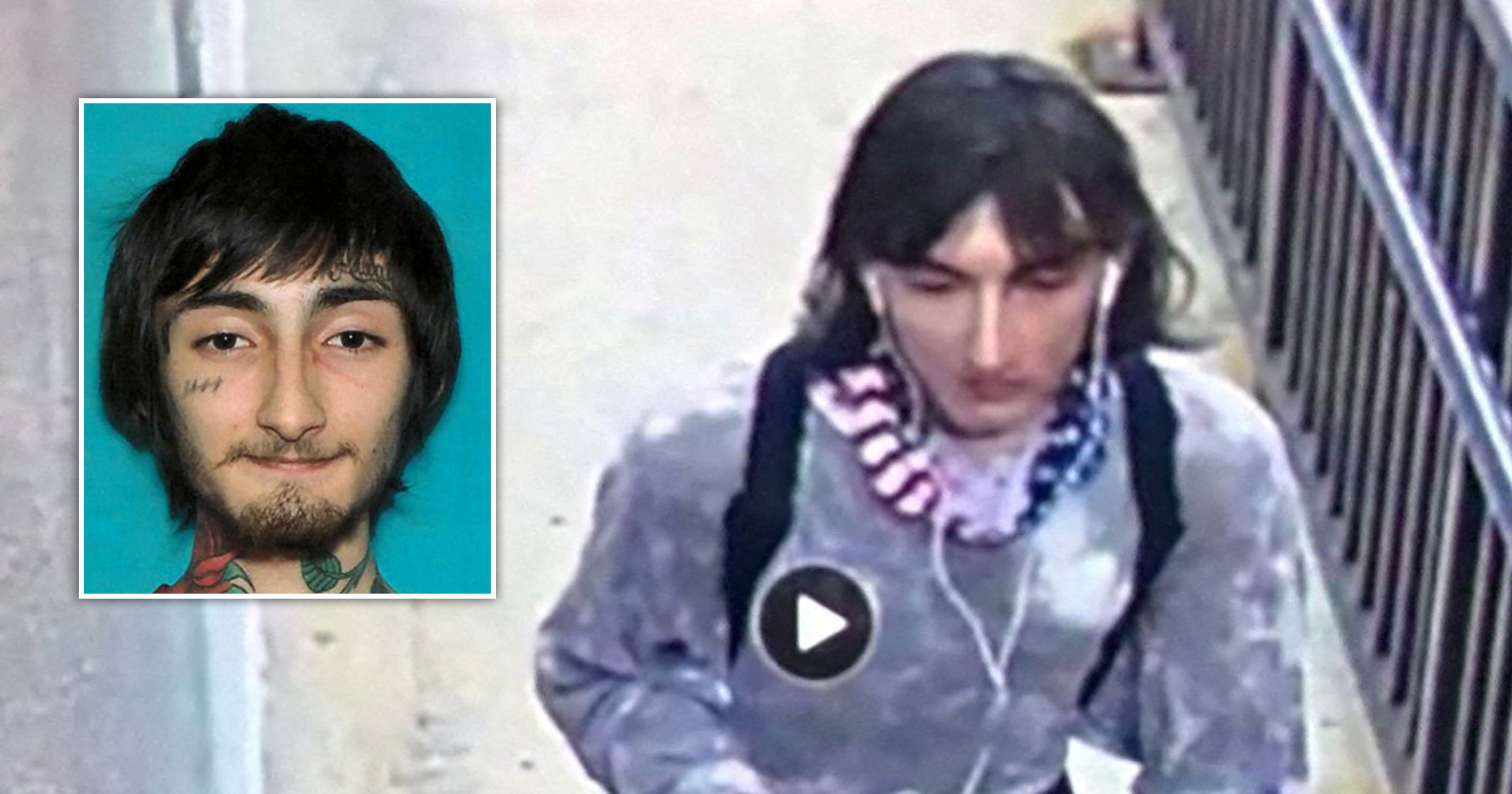 Cameras may have caught the 21-year-old man who is accused of opening fire on a July 4 parade in Chicago escaping the scene in disguise.

Robert E Crimo III was arrested on Monday, several hours after the fatal attack which killed seven and injured more than 35 in the Chicago suburb of Highland Park.

He has since been charged with seven counts of murder.

The suspected shooter is understood to have used a rifle ‘similar to an AR-15’ in the attack and dressed in women’s clothing in a bid to blend in with the crowd as he escaped.

Now, images from CCTV cameras in the area appear to have caught Crimo walking away from the scene in disguise.

The images show someone matching Crimo’s description, wearing a blue sweater, gloves, a scarf in the colours of the American flag, and carrying a black backpack.

They also have headphones plugged into an iPhone.

Deputy chief Chris Covelli of the Lake County Sheriff’s Office said no motive had been established for the attack, which sent panicked parade-goers fleeing for their lives.

‘We do believe Crimo pre-planned this attack for several weeks, and that he acted alone,’ he said.

‘We have no information to suggest at this point it was racially motivated, motivated by religion or any other protected status.’

Mr Covelli said it is thought Crimo used a fire escape to access the roof of a building overlooking the parade route and fired more than 70 rounds from a rifle ‘similar to an AR-15,’ one of several guns he had purchased legally.

‘Crimo was dressed in women’s clothing and investigators believe he did this to conceal his facial tattoos and his identity and help him during the escape with the other people who were fleeing the chaos,’ Mr Covelli added.

He said Crimo went to his mother’s nearby home after the shooting and borrowed her car.

He was captured about eight hours later after a brief chase.

In the wake of Sunday’s shooting, it has emerged Crimo slipped past an Illinois ‘red flag’ law designed to prevent people deemed to have violent tendencies from getting guns.

The disclosures raise questions about the adequacy of the laws.

Mr Covelli said Crimo had legally purchased a total of five guns, including the suspected murder weapon, despite having come to law enforcement’s attention twice for behavior suggesting he might harm himself or others.

Police were twice called to Crimo’s home in 2019, once to investigate a suicide attempt and the second time because a relative said he had threatened to ‘kill everyone’ in the family, Mr Covelli said.

Police removed 16 knives, a dagger and a sword from the home but did not make any arrests.

‘There were no complaints that were signed by any of the victims,’ Mr Covelli explained.

In a separate statement, Illinois State Police said it had received a report from Highland Park Police declaring Crimo a ‘clear and present danger’ after the alleged threats against his family in September 2019.

At the time Crimo did not possess a state ‘firearm owners identification (FOID)’ card that could be revoked or a pending FOID application to deny meaning state police involvement in the matter was closed, the agency said.

State police also said no relative or anyone else was willing to provide ‘information on threats or mental health that would have allowed law enforcement to take additional action’.

Three months later, at age 19, Crimo applied for his first FOID card, under his father’s sponsorship.

Crimo passed four background checks in the purchase of his guns, all of them conducted in 2020 and 2021, well after the 2019 incidents that drew police attention, according to the state police.