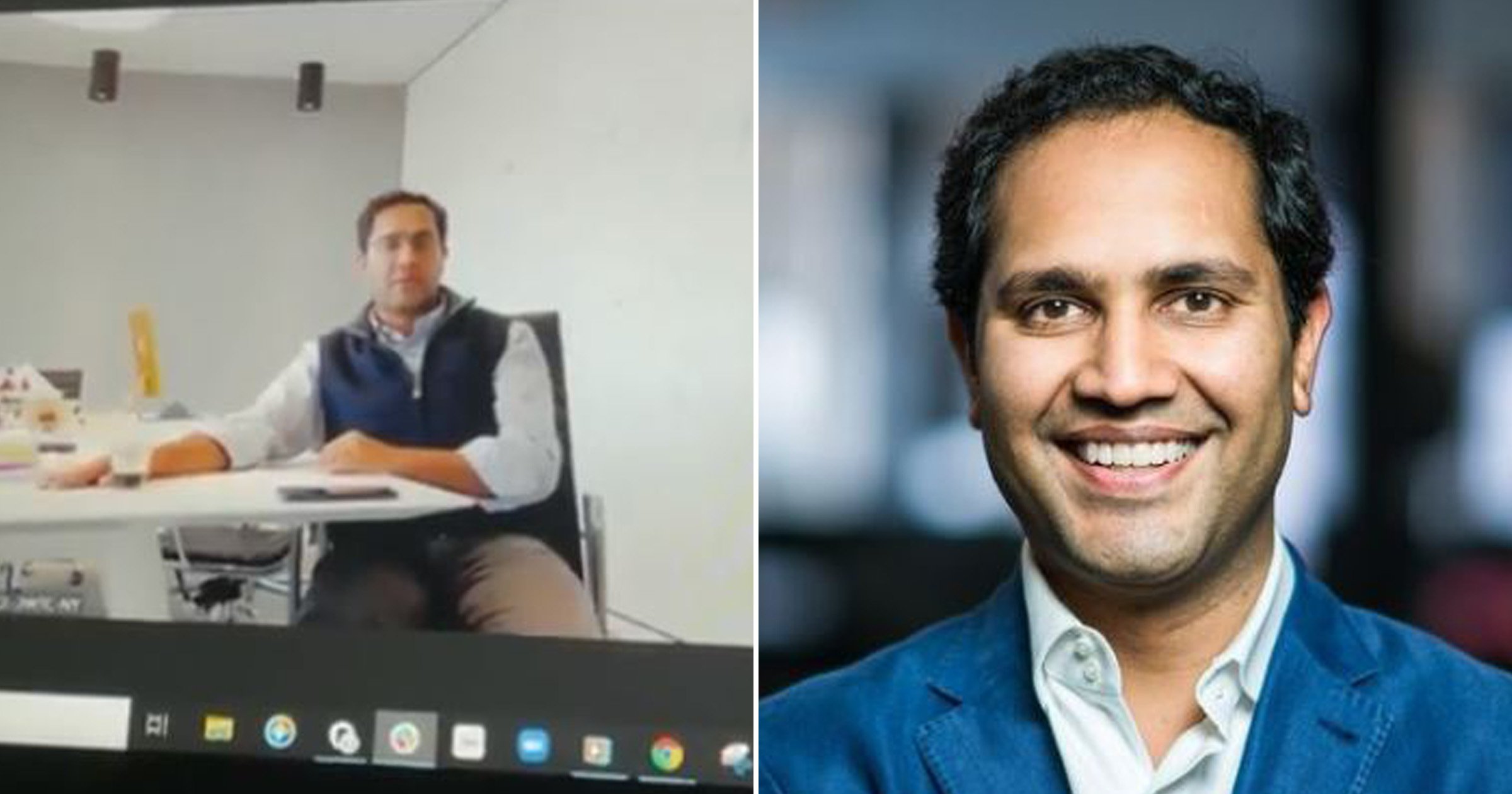 A CEO who sacked 900 staff members a few weeks before Christmas has taken time off work ‘effectively immediately’.

Vishal Garg, 43, put 9% of Better.com’s workers onto one Zoom call to bluntly inform them they no longer had a job.

He told them: ‘This isn’t news that you’re going to want to hear.

‘If you’re on this call, you are part of the unlucky group that is being laid off. Your employment here is terminated, effective immediately.’

But the tables have now turned and Garg’s responsibilities have been passed onto his inferior.

Better.com’s board of directors sent an email to their workers telling them that ‘given the very regrettable events over the last week…Vishal will be taking time off effective immediately’.

The note, leaked to VICE, also said: ‘The Board has engaged an independent 3rd party firm to do a leadership and cultural assessment.

‘The recommendations of this assessment will be taken into account to build a long-term sustainable and positive culture at Better.’

It is unclear whether Garg was forced to take time off or if he offered to step away for the sake of the company’s reputation.

Garg originally told his employees they had been fired for financial reasons and seemed to try and sound apologetic.

He told the call: ‘This is the second time in my career I’m doing this and I do not want to do this. The last time I did it, I cried. This time, I hope to be stronger.’

But Garg went on smear the workers in a blogpost and media interviews, writing: ‘At least 250 of the people terminated were working an average of two hours a day while clocking eight hours+ a day in the payroll system.’

He also stood by his decision when he told Fortune magazine: ‘A number of customers were not getting the service they deserved’.

Garg even apologised to remaining staff members, saying he ‘failed to show the appropriate amount of respect and appreciation for individuals who are affected and for their contributions to Better’.

But this was not enough and three top employees at the online mortgage provider resigning over the mass layoffs.

Several allegations – about Garg and other company leaders – have since come out with Garg reportedly calling a top investor ‘sewage’.

He also called workers ‘slow, dumb dolphins’ who would get ‘eaten by sharks’ and ’embarrass’ him, according to an email seen by Forbes.