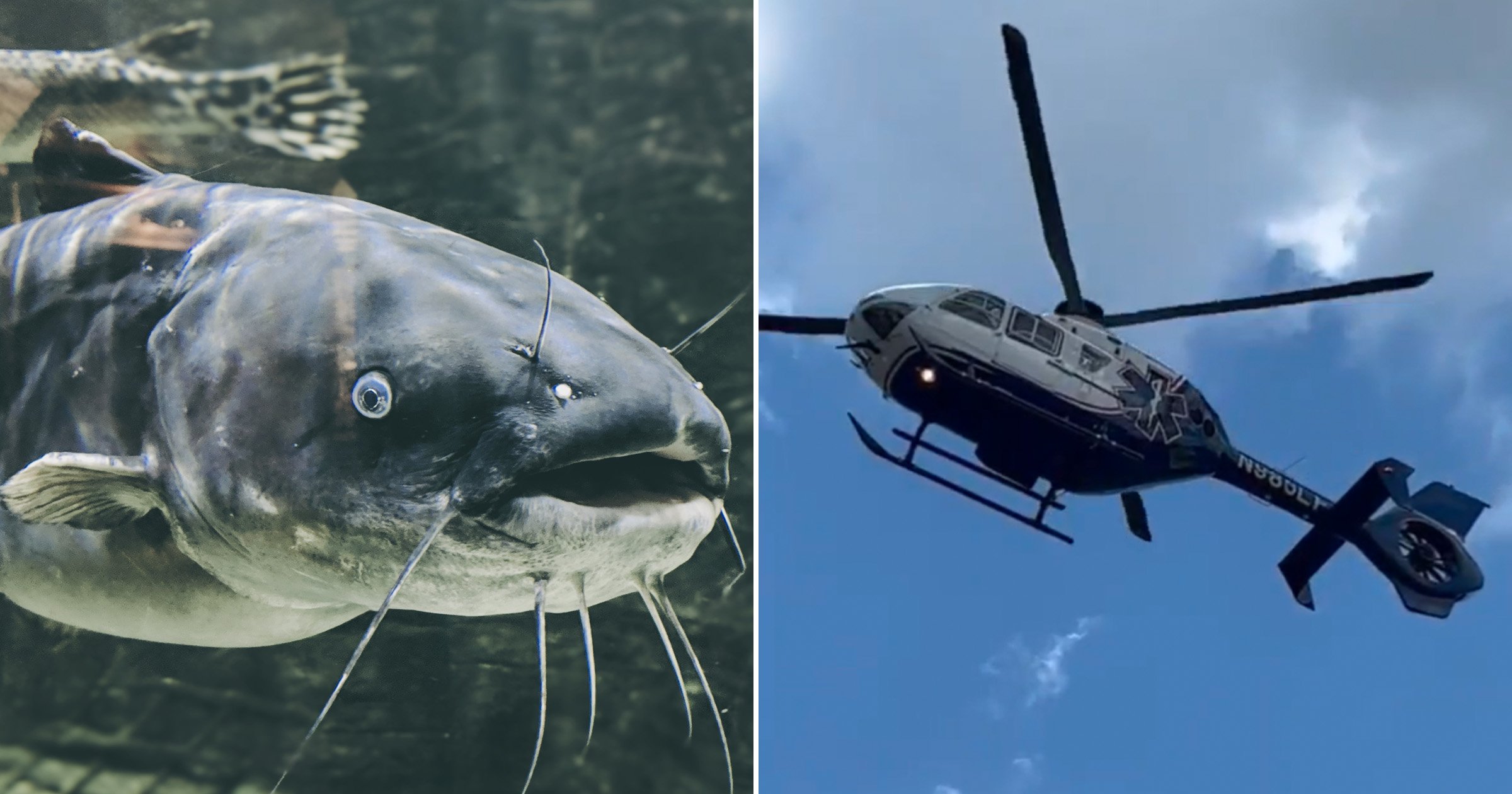 A child under age 10 was impaled in the chest by a catfish while on a fishing trip with family.

The child, whose gender and age have not been released, was fishing in New Port Richey north of Tampa, Florida, and got stabbed by the catfish’s stinger, the Pasco County Fire Rescue tweeted on Monday.

Fire rescue spokesman Corey Dierdorff said the mother put her child in the family car and began driving on US highway 19 to a hospital.

‘While headed to the hospital with their mother, the child experienced difficulty breathing,’ the fire rescue tweeted. ‘Firefighters responded and listed the child as a trauma alert.’

Dierdorff said responders summoned the helicopter because of unknown factors around the child’s condition and the circumstances.

‘I’ve been in emergency services for 20 years and I’ve never heard of a report like this before,’ said Dierdorff.

‘Because of the child’s age, we didn’t know if it was a venomous catfish, the child was suffering shortness of breath, they didn’t know how deep the puncture wound was.

‘Out of an abundance of caution they ordered a trauma alert so that doctors were prepared when the child got there.’

The child is in stable condition, officials said.

Many catfish species are venomous and have venom glands and bony, sharp spines on their dorsal and pectoral fins, according to University of Michigan researchers.

‘These spines can be locked into place when the catfish is threatened,’ wrote researchers. ‘When a spine jabs a potential predator, the membrane surrounding the venom gland cells is torn, releasing venom into the wound.’

Catfish barb injuries rarely lead to death, but victims can suffer from bacterial and fungal infections that can last for months.