Thanksgiving gatherings were upended by the pandemic. With Christmas upon us, families are having another round of fraught conversations about in-person celebrations.

Members of the Sierra family celebrated Thanksgiving in a smaller group in Kendall, Fla., outside Miami, this year. Empty chairs were a reminder of the relatives who could not be there.Credit…Horacio Sierra

By Maria Cramer and Johnny Diaz

They are fraught conversations, some ending with a forlorn “that’s OK” or a vague promise to gather in the new year. Others conclude in frustration, or even in tears.

Weeks after Thanksgiving celebrations were upended by the coronavirus pandemic, the winter holidays have ushered in another round of emotionally charged exchanges among families who want to be together but are compelled to listen to health experts telling them to do otherwise.

For many, just the thought of broaching the subject elicits feelings of dread.

Zachariah Robinson, a Junior at North Central College in Naperville, Ill., said he was trying to figure out how to tell his mother that he planned to stay on campus this Christmas. Mr. Robinson, 20, made it home to Antioch, Ill., for Thanksgiving, but said he had grown increasingly worried about passing the virus to her.

“I don’t know how she’s going to take it,” he said. “We’ll try to use some of our tactics to try to get her to understand a little better — sweet-talking, just using basic logic against her, making her realize that there is no other option for me.”

Carolyn Cohn, 71, knew it would be hard to persuade her daughter, Kristin Kiely, to visit her and her husband, Marty, in Florida for Hanukkah and Christmas. Ms. Kiely, a Spanish professor in Florence, S.C., is an administrator of the Dr. Anthony Fauci Fan Club Facebook page and has lectured her mother for having friends over for dinner. 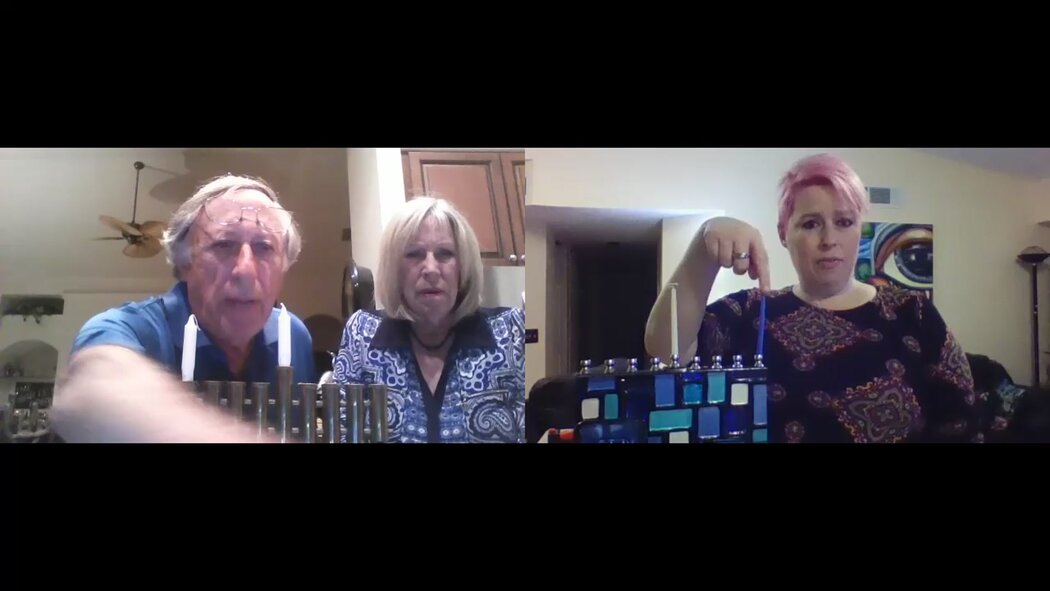 But Ms. Cohn, a retired computer programmer, said she still spent three months cajoling and negotiating with her only child.

“I kept thinking she might change her mind,” she said. “Kristin is 41 now and this will be the first time in her life that I haven’t seen her for Christmas, and I think ‘all because of this Covid.’”

‘A lost year over all’

The loneliness caused by the pandemic and the temptation to keep the rituals of the holiday season going have led some people to consider taking more risks.

More than half of parents said it was “very important” that their child see extended family during the holidays, a children’s health poll by the University of Michigan C.S. Mott Children’s Hospital found last month. One in three parents said the benefits of gathering for Thanksgiving outweighed the risk of spreading or getting Covid-19, according to the poll.

For Thanksgiving, Denise Herrick, 66, and her husband, Stan, gathered at their Iowa farm with three of their adult children and five of their grandchildren. Their fourth child, Annie Boyd, who lives in California with her husband and five children, had planned to visit for Christmas, but the airline canceled their flight. They plan to visit in January, when they hope it will be safer, Ms. Boyd said. 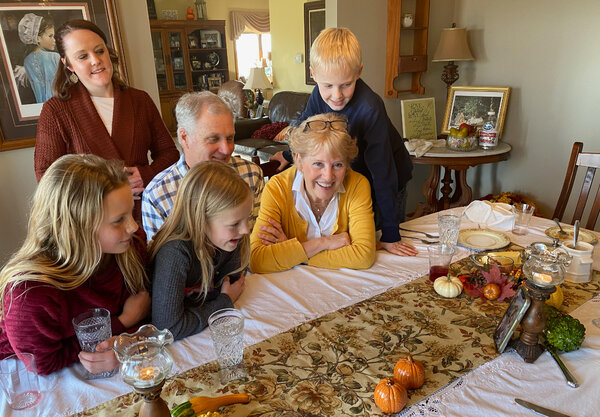 “The anticipation of a holiday, that special meal, is so wonderful,” Ms. Herrick said. “We need it more than ever this year.”

She added: “What do you do? Do we just hunker down for months and months to come and then we get back together again?”

Health experts would say yes, but the holidays may make it hard for many to push through their guilt and fear of hurting a loved one’s feelings.

“Stay firm, consistent and polite and do not waver,” said C. Vaile Wright, a psychologist in Chicago. “You’ve made the decision. Stick to it.”

Bill Marshall, 63, of Scottsdale, Ariz., said his mother did her best to hide her disappointment when he told her he could not visit her in Florida this Thanksgiving. He won’t see his mother, who is 87, at Christmas, either, though he hopes his sister, who lives in Miami, will be able to see her.

“When I call her, she tries her best to be upbeat, but she says things like, ‘This is really no way for anyone to face the final years of their life,’” Mr. Marshall said. “When you pick up the phone and dial your folks, you want to be upbeat. After 20 minutes of trying to help them find things to do, you run out of ideas. Then you just say: ‘I know. This is awful.’”

Horacio Sierra, 37, said he normally celebrates Christmas with dozens of relatives at his parents’ house just outside Miami, where they roast a pig in the backyard. This year, he said, Christmas will be like Thanksgiving — with far fewer people and with empty chairs as a visual reminder of the relatives who could not be there.

“It’s a little bit of anger and sadness rolled into one, one less year with abuela and not being able to physically be together,” Mr. Sierra said, using the Spanish word for grandmother. “A lost year over all.”

People need to be reminded that it’s OK to grieve, said Lori Brown, a professor of sociology at Meredith College in Raleigh, N.C.

“Of course, we should mourn the loss of people, the loss of feeling safe, the loss of time with others,” she said. “We have lost businesses and jobs, all of which should be mourned.”

That advice may resonate with people like Cheryl Lee, a hospital physician in Chicago, who told her daughter, 6, and son, 3, last summer that they would not be seeing their grandparents at Thanksgiving or Christmas.

It was an abstraction at the time, but on Thanksgiving, the reality hit them. Her husband, who is also a doctor, was working a night shift. Dr. Lee sat at the table, staring at containers of takeout turkey breast and stuffing and tried not to cry.

Her daughter, realizing something was wrong, took an enormous bite of turkey, Dr. Lee recalled, and said brightly: “‘Wow, this is so good. This is the best turkey ever.’”

“But it wasn’t her voice,” Dr. Lee said. “It was her when-she-is-playacting-a-princess kind of voice.”

Arlo Simmerman, 20, a junior at the University of Denver, said his mother wept when he told his parents that flying home to Michigan for Christmas felt too risky.

They have connected on FaceTime since then, and Mr. Simmerman said his mother tried her best to sound upbeat. But it is clear, he said, that she is still upset.

“It’s usually around the time when we sign off that you can hear tears coming up in the sound of her voice,” he said.

Does ‘quarantine’ mean ‘no golf’?

Ms. Kiely, the Dr. Fauci Fan Club administrator, said she told her mother that she might be willing to travel to Florida if Ms. Cohn promised to avoid activities that might bring her in contact with other people for two weeks beforehand.

Ms. Cohn, who protests that she wears a mask and bumps elbows instead of shaking hands, said it had been hard to listen to her daughter disapprove of her behavior.

However, Ms. Cohn said she had accepted her daughter’s decision not to come, and even supported it.

“The numbers are higher than I thought they would be,” she said.

Ms. Cohn said she also considered how she would feel if her daughter became ill after a holiday visit.

“I’d feel terrible,” she said. “I’d think, ‘That wouldn’t have happened if you hadn’t been pushy.’”