Investigators are looking at the possibility that a fire that destroyed more than 900 homes in Colorado started on property owned by a fundamentalist Christian sect known as the Twelve Tribes. 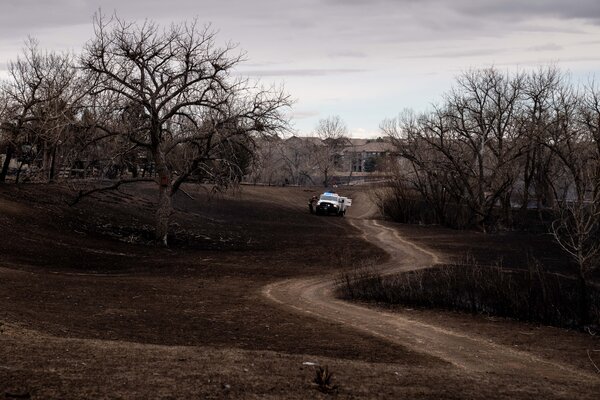 By Simon Romero and Giulia Heyward

Investigators looking into the cause of a colossal wildfire in Colorado that forced the evacuation of tens of thousands of people are focusing on a property owned by a Christian fundamentalist sect, after witnesses reported seeing a structure on fire there moments before the blaze spread with astonishing speed across drought-stricken suburbs.

Sheriff Joe Pelle of Boulder County said at a news briefing on Monday that the property owned by Twelve Tribes, which was founded in Tennessee in the 1970s, had become a target of the probe after investigators ruled out the possibility that downed power lines may have sparked the fire.

Still, Sheriff Pelle warned against jumping to conclusions regarding the fire’s origins, emphasizing that the investigation was in its early stages and that it could take weeks or even months to determine the exact cause. He said investigators from the Federal Bureau of Investigation, the Bureau of Alcohol, Tobacco, Firearms and Explosives, and the U.S. Forest Service were assisting his department’s probe.

“We’re going to take our time and be methodical because the stakes are huge,” Sheriff Pelle said.

The efforts to determine what caused the fire are adding to the challenges that authorities are facing in Colorado, after heavy snowfall over the weekend blanketed the suburban areas that had been torched by the Marshall fire. About 35,000 people were forced to evacuate the area just before Christmas, and many families remain in shelters after more than 900 homes were destroyed.

Authorities are still searching for two people missing in the blaze, which figured among the most destructive in Colorado history. A severe multiyear drought nurtured the brittle-dry conditions that allowed the fire to sweep through residential areas.

Discussion of the Twelve Tribes property emerged on social media on Thursday, around the time the Marshall fire began spreading, when video of a structure on fire there started circulating. By Sunday, officials confirmed that the fire began on private property at the Boulder County intersection of Marshall Road and Highway 93, which is owned by Twelve Tribes. Sheriff Pelle confirmed on Monday that investigators were examining the site in addition to adjacent areas.