RIO DE JANEIRO — The organizers of South America’s premier soccer tournament were in a major bind.

Colombia and Argentina, original hosts of the tournament, the Copa América, had bowed out, deeming it impossible to welcome hundreds of players and their entourages while the coronavirus pandemic ravaged the continent.

“The Copa América will be in Brazil!” Alejandro Domínguez, president of the South American soccer federation, CONMEBOL, announced Monday, thanking President Jair Bolsonaro of Brazil for saving the day.

The backlash has been withering.

Brazil has been averaging more than 60,000 new coronavirus cases each day. In the past three months alone, health officials have recorded more than 207,000 deaths. The government’s failure to control the contagion and vaccinate its people quickly has been the focus of a televised congressional inquiry that has angered and riveted Brazilians.

“This is complete insanity,” said Miguel Nicolelis, a neuroscientist at Duke University who has been tracking the spread of the virus in Brazil, his native country. “It’s as if Rome were burning and Nero wanted a soccer game in the Colosseum to celebrate.”

Leaders of the congressional panel investigating the government’s pandemic response reacted with incredulity and said they intended to summon the head of Brazil’s soccer federation to testify.

“It’s illogical to hold an international event,” said Senator Omar Aziz, the head of the panel. “We have nothing to celebrate.”

Ricardo Lewandowski, a Supreme Court justice, ordered the government to provide a detailed plan for the tournament, citing the “public health emergency.” 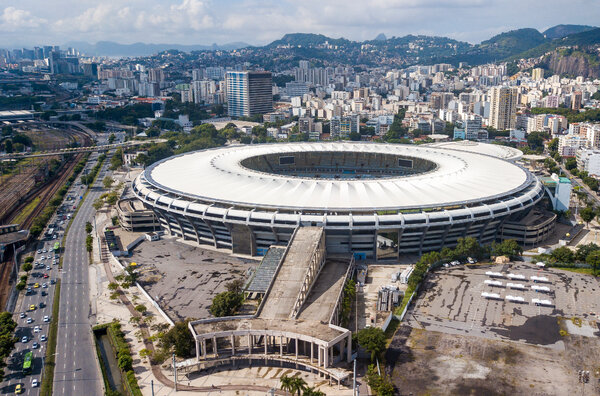 Soon after the new venue for the championship was announced, Brazilians posted memes online of a coffin kicking a ball shaped like a virus. They trolled the organizers with the hashtag #CovaAmerica, using the Portuguese word for grave.

“The grave of the Americas is arriving far more quickly than vaccines or common sense,” said a former health minister, Luiz Henrique Mandetta, who was fired in April 2020 after having sparred with Mr. Bolsonaro over measures to contain the virus. “It’s a goal against life. Only the virus is celebrating.”

The announcement came two days after tens of thousands of anti-government demonstrators took to the streets in cities across Brazil. The tournament gives opposition leaders a fresh line of attack against Mr. Bolsonaro, whose popularity has taken a hit in recent months as anger over the state of the pandemic and the economy has deepened.

In explaining his decision to host the championship, Mr. Bolsonaro did not signal any concern about the political risk it represents a little over a year before he stands for re-election. More than 465,000 people in Brazil have died from the virus, the world’s highest toll behind the United States.

“From the beginning of the pandemic I have been saying: I regret the deaths, but we have to live,” Mr. Bolsonaro said Tuesday. “This is a settled matter.”

Luiz Eduardo Ramos, a cabinet member who serves as Mr. Bolsonaro’s chief of staff, argued Monday that the tournament would not turn into a superspreader event. He said the government had requested that each of the 10 teams that participate limit their entourages to 65 people, all of them vaccinated.

“There won’t be spectators,” he said.

Mr. Ramos called the outcry over Copa América unwarranted, given that other soccer tournaments have been held in Brazil in recent weeks. “Games are being played all over Brazil,” he said.

The government on Tuesday announced that Copa América games would be played in the capital, Brasília, and in the states of Mato Grosso, Goiás and Rio de Janeiro, which is expected to host the final.

Intensive care units in the four jurisdictions have fewer than 20 percent of beds available, according to an analysis by the O Globo newspaper. All are lagging behind the national average for the percentage of people who have been fully vaccinated: 10.5 percent.

Natalia Pasternak, a microbiologist in São Paulo who is president of the Question of Science Institute, said the number of people required to organize a large sports tournament would inevitably increase the risk of contagion. But the bigger problem, she said, was the false sense of security the event would generate.

“It’s irresponsible,” she said. “It sends the message that the pandemic is under control, that everything is fine, that life is back to normal so we can go watch soccer,” she said. “That’s not the message we want to convey.”