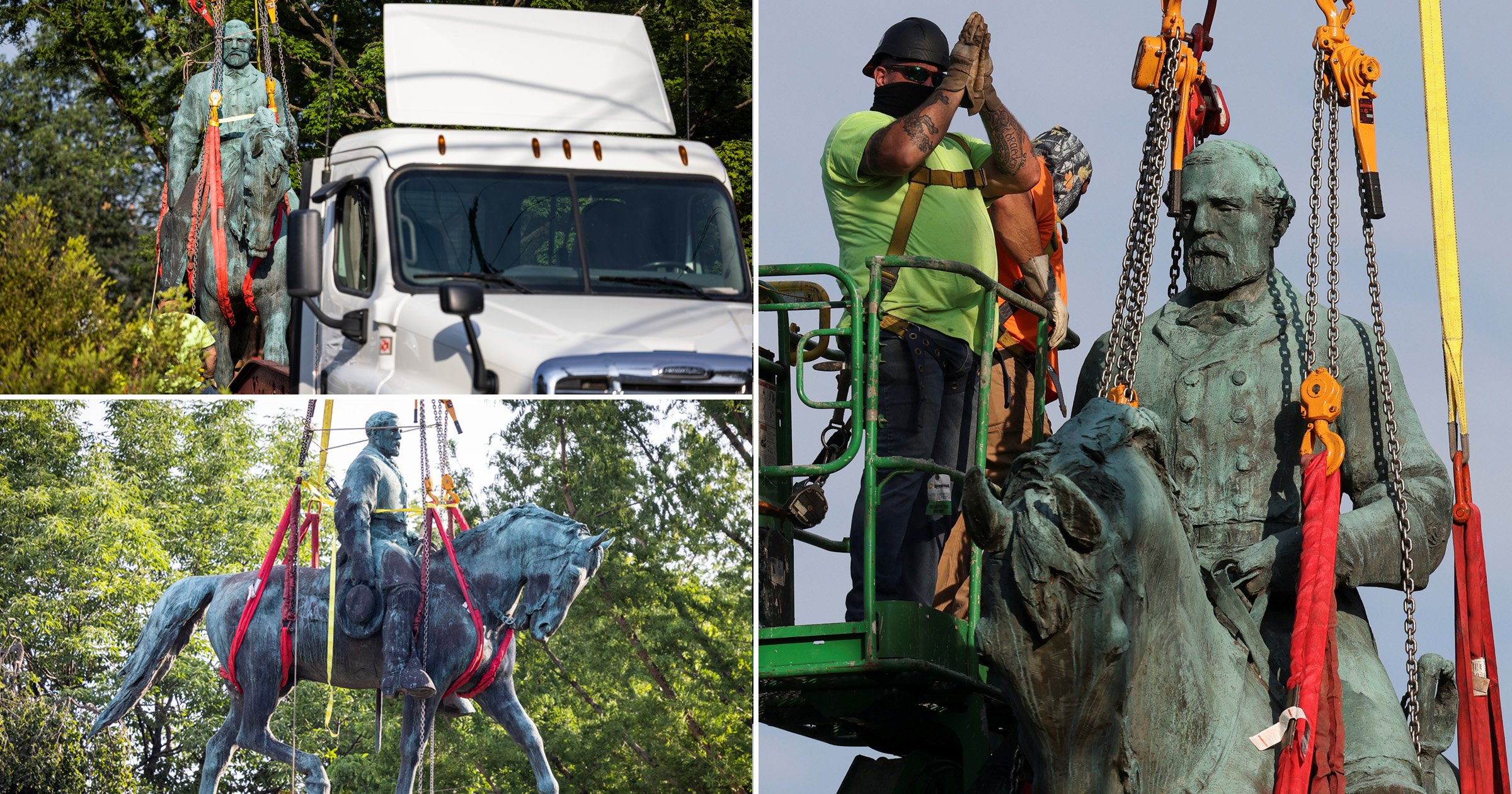 A statue which became the focus of violent clashes and a symbol of division in America has finally been removed.

The monument to Confederate General Robert E Lee became the focus of the ‘Unite the Right’ rally in August 2017.

Far-right protesters descended on Charlottesville, Virginia, after the city council signalled its intention to take down the monument as part of a wider push to remove public tributes to people who opposed racial equality.

Heather Heyer, 32, was killed in a terror attack when 20-year-old neo-Nazi James Alex Fields Jr deliberately drove his car into a crowd, injuring 35 others.

President Donald Trump inflamed tensions in the aftermath of her death when he said there were ‘very fine people on both sides’ of the protest.

Four years after it became a lightning rod for the divide over how America’s history of racism should be reckoned with, cranes have moved in to remove it.

A second statue of General Thomas ‘Stonewall’ Jackson, another infamous Confederate general, is also set to be taken down.

City mayor Nikuyah Walker gave a speech in front of reporters and observers as the crane neared the monument: ‘Taking down this statue is one small step closer to the goal of helping Charlottesville, Virginia and America grapple with the sin of being willing to destroy black people for economic gain.’

The removal has been mired in controversy and legal challenges for several years and became a source of international attention following the terror attack and President Trump’s incendiary intervention.

Both statues will be held at a secure location until the city makes a final decision on their future.

Under state law, the city is obliged to listen to applications from people or organisations interested in taking the statues and has received 10 so far.

A coalition of activists commended the city for moving quickly to take the statues down after the offer period ended.

A spokesperson for Take ‘Em Down Cville said as long as the statues ‘remain standing in our downtown public spaces, they signal that our community tolerated white supremacy and the Lost Cause these generals fought for’.

The most recent push to have the statues removed was triggered by a 2016 petition launched by black high school student Zhayna Bryant.

A lawsuit was quickly filed to prevent the action and white supremacists seized on the issue.