A former police officer was charged with assault after body camera footage showed he fired his weapon at a teenager eating a hamburger in a car.

On October 2, James Brennand, a rookie cop at the San Antonio Police Department (SAPD), shot a teenager he suspected evaded him the day before at a traffic stop.

The teenager, Erik Cantu, was sitting in a parked car eating a hamburger outside a McDonalds. Cantu is currently hospitalized and in critical condition.

In body camera footage released by investigators, Brennand can be heard calling for backup before immediately approaching Cantu’s car. 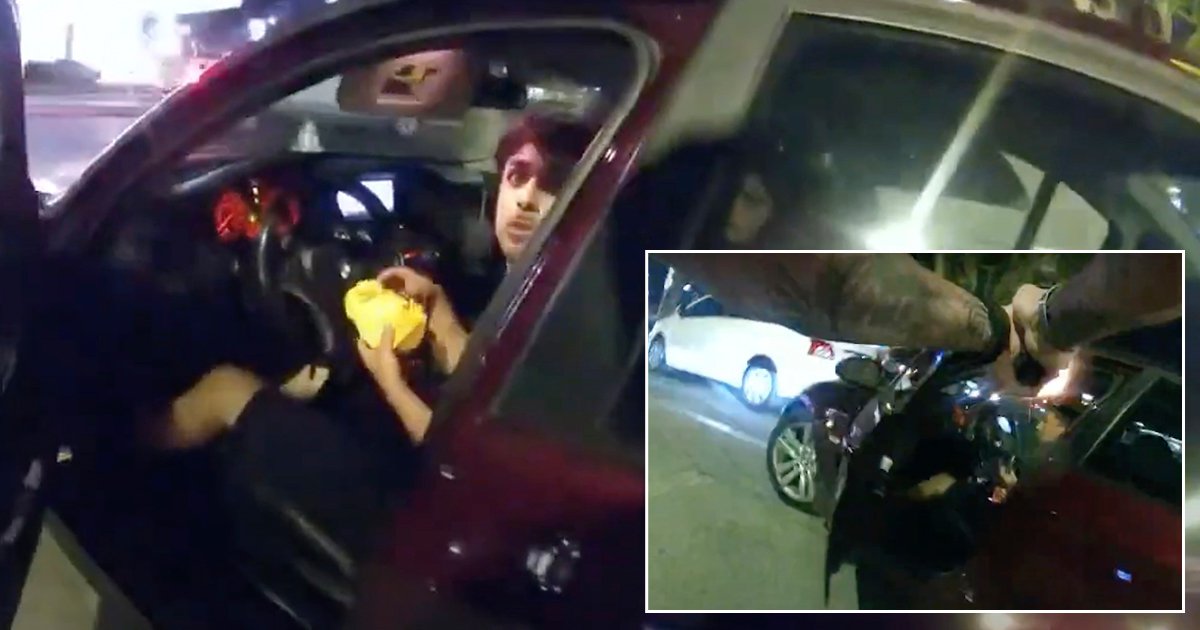 ‘I got a vehicle hear that fled from me the other day. He’s in the parking lot,’ Brennand says as he walks toward a maroon sedan.

Brennand opens the car door and instructs the teenage occupant: ‘Get out of car.’

Cantu looks at the officer terrified before the car starts moving. It is unclear if the car began moving because Cantu put it in reverse, or if he simply took his foot off the gas pedal while the car was in neutral.

Brennand pulls out his weapon and begins firing into the driver’s side door and window. The car speeds off, and Brennan continues to fire five more shots into the car.

Cantu was found a block away with multiple gunshot wounds. A passenger sitting next to him in the car was uninjured.

Brennand was fired immediately after investigators determined he didn’t follow standard police training when he approached the car without backup, and his use of deadly force was unwarranted.

San Antonio Police Chief William McManus called the footage ‘horrific’ and said he had no doubt the shooting was not justified.

SAPD guidelines also bar officers from shooting at vehicles in an attempt to disable them.

On Tuesday, Brennand was arrested and charged with two counts of assault – one for Cantu and one for the passenger.

The District Attorney’s Office stated that an SAPD investigation of Brennand is still ongoing, and that he may face additional charges from the office’s civil rights division.

Brian Powers, an attorney for Cantu’s family, said there was ‘no improvement’ in the teen’s condition.

‘We’d like to correct any misrepresentations that Erik is in “stable condition” or he is “going to be fine,” the family stated. ‘That is not true. Every breath is a struggle for Erik. We ask for everyone’s continued prayers for our son.’

Cantu was initially charged with evading police and assaulting an officer, but San Antonio District Attorney Joe Gonzales rejected the charges on Friday.

‘The facts and evidence we have received so far led us to reject the charges against Erik Cantu for further investigation,’ Gonzales stated.