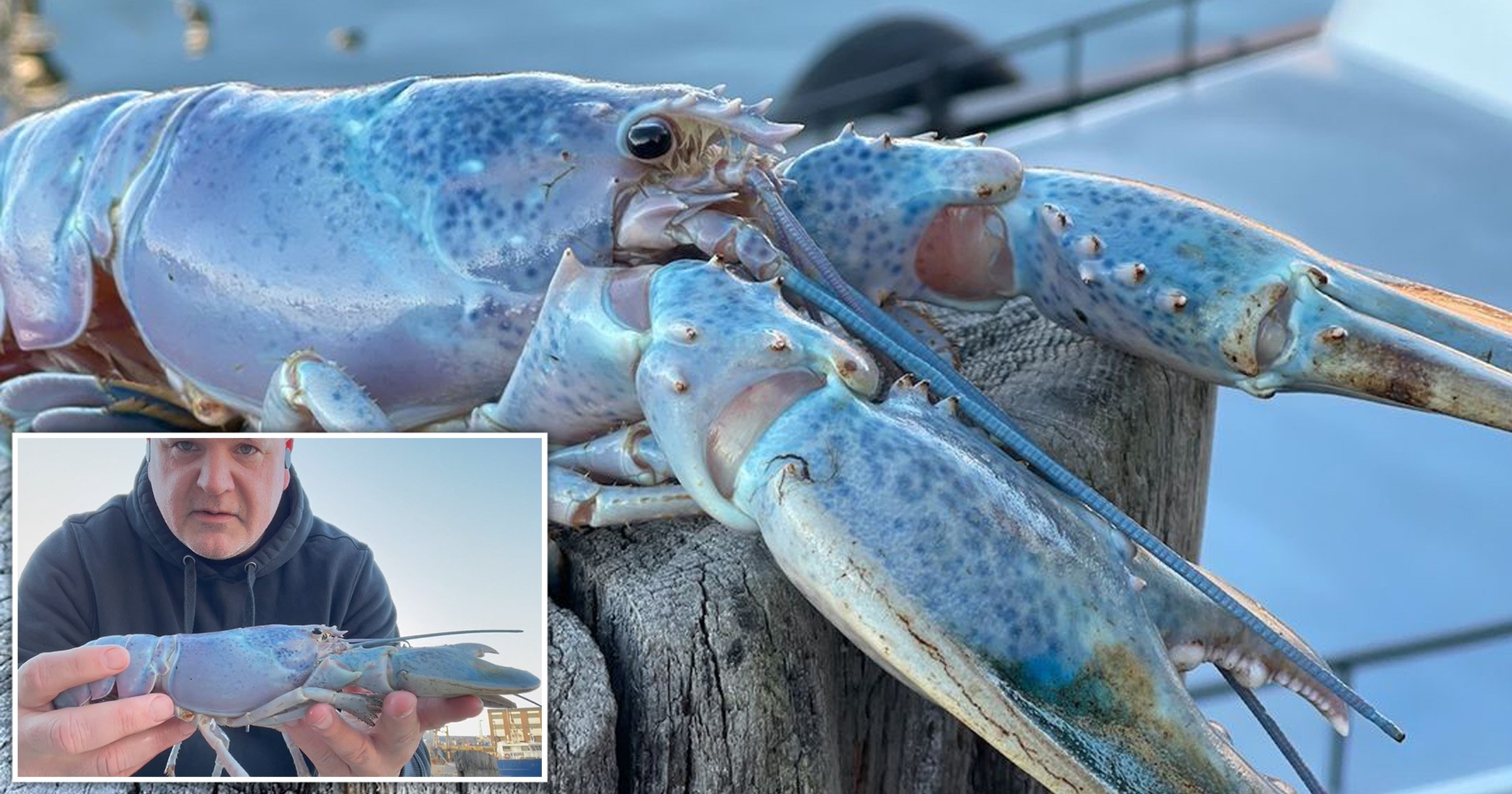 A man made a catch that most people would not in a lifetime – a one-in-100million iridescent crustacean referred to as a ‘cotton candy’ lobster.

Bill Coppersmith was fishing off the coast of Maine in Casco Bay when he caught the blue, purple and multicolored creature, according to the company Get Maine Lobster. Coppersmith, a lobsterman for four decades, named it after his granddaughter, Haddie.

The lobster’s iridescent color comes from a rare genetic mutation.

‘Super, duper excited to show you what is called a cotton candy lobster,’ said Mark Murrell of Get Maine Lobster, holding it in a video on Sunday. ‘It is so rare, there’s only one in one hundred million caught.’

While eye-catching, the color is not helpful to the lobster because it makes it more difficult for it to camouflage with its environment.

Lobsters eat a red pigment in plant food called astanxanthin which protects them from stress, according to the American Chemical Society.

‘This pigment is stored in a lobster’s skin underneath its hard outer shell,’ the society said. ‘But over time, the pigment begins to migrate into the shell, where different shell proteins alter the pigment to store it, changing its color.’

Does a cotton candy lobster taste sweeter than the typical red lobster? That will be left unknown, as Get Maine Lobster has special plans for the unique sea critter.

‘Just look how beautiful that lobster is,’ Murrell said. ‘We’re going to contact some of our friends and see where we might be able to deliver this lobster.’

It didn’t take long for Haddie to be officially adopted. She is heading to her new forever home at the Seacoast Science Center in Rye, New Hampshire.

Haddie is not the first unusual-colored lobster to be captured in New England. In February, a one-in-100million albino lobster was caught off the coast of Maine, as was a yellow lobster. And in July, a lobsterman in Gloucester, Massachusetts, reeled in a blue lobster.