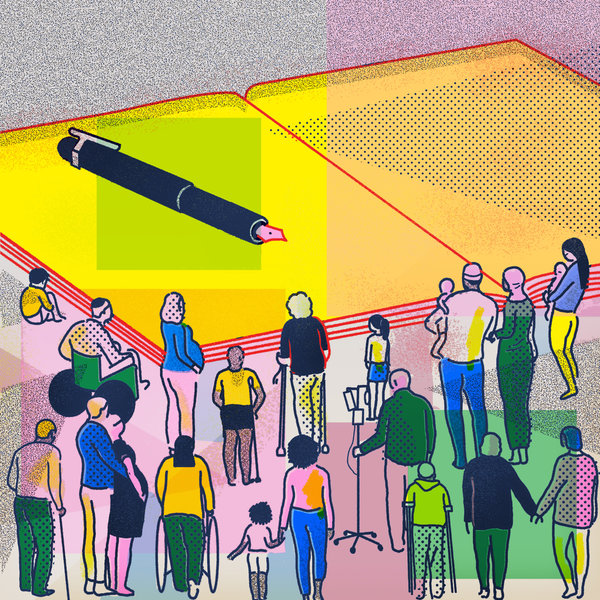 Welcome to In Her Words, where women rule the headlines. Sign up here to get it delivered to your inbox. Let me know what you think at [email protected] Are you on Instagram? Follow us here.

“If the C-suite gets paid leave, then the factory floor worker should also get paid leave.”

— Senator Kirsten Gillibrand, who this week reintroduced legislation that would grant 12 weeks of paid family leave to U.S. employees

New baby. Sick parents. Personal illness. Regardless of the circumstances, taking unpaid time off is not an option for many Americans. But some relief may be on the horizon.

Leaders from both sides of the aisle have recently expressed support for some form of a paid family leave program at the federal level. (As President Trump put it in his State of the Union address last week: Nationwide paid family leave would ensure that “every new parent has the chance to bond with their newborn child.”)

This week in Washington, Senator Kirsten Gillibrand of New York and Representative Rosa DeLauro of Connecticut, both Democrats, reintroduced the Family Act, which would provide Americans up to 12 weeks of paid leave at 66 percent of their monthly wages. The proposal builds on an existing law, the Family and Medical Leave Act of 1993, which offers only unpaid leave.

The benefits in the proposal would apply to every American who works full-time — and potentially even those who are part-time, temporary or self-employed — expanding on the current law, which is estimated to cover about 60 percent of the work force. Among other things, the Family Act considers “family leave” to include birth or adoption, and serious health conditions including those affecting a child, parent, spouse or domestic partner.

This is not the first time a paid family leave bill has been presented in Congress. The issue has been dear to Ivanka Trump, who has discussed the prospect with Republican leaders since her father took office. In 2018, Senator Marco Rubio of Florida proposed a plan to provide parental leave benefits through Social Security, but the effort never got off the ground.

The new Family Act, meanwhile, is not so new. It was first introduced in 2013, and has been presented every year since.

[Sign up here to get this column, In Her Words, delivered as a newsletter to your inbox.]

Well, Republicans have quickly come around to the idea, voicing an interest in working with Democrats to get it done.

In a statement this week, Ivanka Trump said, “We are seeking to build consensus around policy that can garner enough votes to be passed into law.” DeLauro delivered a similar message on Tuesday. And President Trump included a line in his budget plan that would dedicate nearly $19 billion to the cause over the next 10 years — though his proposal would provide only six weeks of paid leave, and only to new parents.

Americans seem to overwhelmingly support paid family leave, by 85 percent, according to some estimates. The United States remains the only industrialized country that does not guarantee its citizens paid family leave. Parents in Sweden get 480 days of leave at 80 percent of their normal pay, and new moms in Denmark get 18 weeks of maternity leave at full pay. Four states — California, New Jersey, New York and Rhode Island — have passed paid leave laws, with New York’s being the most generous at 10 weeks.

Within the next month, Rubio and Representative Ann Wagner, Republican of Missouri, are expected to reintroduce a version of the G.O.P. measure. Coupled with the Family Act and an expressed willingness to compromise, landmark bipartisan legislation could be on the horizon.

That’s the amount the Family Act is estimated to cost a typical worker per week. It would be funded by employee and employer payroll contributions of two cents per $10 in wages.

What else is happening

Here are five articles from The Times you might have missed.

“We were a bunch of nerds.” Computer programming once had much better gender balance than it does today. What went wrong? [Read the story]

“It was just sexual power.” Several women say the singer-songwriter Ryan Adams offered to kick-start their music careers, then pursued them sexually and in some cases retaliated when they spurned him. [Read the story]

“I caught it early.” Depression during and after pregnancy can be prevented, a national panel says. Here’s how. [Read the story]

“I received a flood of hatred like never before.” A private Facebook group of male French journalists was behind waves of online mockery of women in journalism, often those who were feminists. [Read the story]

“I feel like somebody’s going to murder me.” The ex-boyfriend of a bookstore clerk, whose body was stuffed into a suitcase and dumped in Connecticut, was arrested in connection with her death. [Read the story]

Long before Instagram gave mothers a digital platform to be judged by other mothers (and everyone else) far and wide, mothers were mostly judged IRL. Between then and now, things haven’t changed much.

For this 2000 Times article, a woman with college-age sons talked about how these clashes were much the same as they were when her children were young: “There were those who breast-fed and never gave the child a bottle. There were those who always had a baby sitter and those who never did. There was a lot of gossip and envy and judgment.”

The harsh judgments that accompany women’s choices, the article went on, reflect a “deep social ambivalence” about the “right” roles for women, and about how much we value children and the people who care for them.

“You’re going to feel guilty no matter what you do,” another mother said. “The best gift we can give each other is the assumption that everyone out here is doing their best.”

Sign up here to get future installments of In Her Words delivered to your inbox.