The governor of California has survived an attempt to remove him from office early.

Democrat Gavin Newsom won an estimated two-thirds of the votes in a poll, called a recall election, which was triggered after at least 1.5 million people signed their names calling for one.

The vote was said to be a test of Democratic Party support – 10 months after Republican Donald Trump was beaten in the 2020 White House race by now President Joe Biden.

Despite repeated attempts to get governors removed with a recall election in California, it is only the second time a vote has taken place.

The last time it happened, in 2003, film star Arnold Schwarzenegger beat the incumbent Democrat to become the state’s Republican governor.

Analysts say the bid to oust Mr Newsom was driven by an array of grievances, partly driven by the COVID crisis.

The initial driver was Mr Newsom being caught on camera in November at a birthday party – without a mask – at one of the most expensive restaurants in America, The French Laundry, breaking his own COVID rules.

The incident occurred while California was under a partial lockdown and gatherings of a dozen people like that were forbidden.

Some 46 candidates queued up to replace him, including reality star Caitlyn Jenner, a rapper, a shaman and a surgeon, with at least one being an anti-vaxxer.

The leading Republican candidates, while not being anti-vaccination, had been against making the COVID jab mandatory for healthcare and care sector workers, an issue that has exposed political faultlines in the US response to the pandemic. 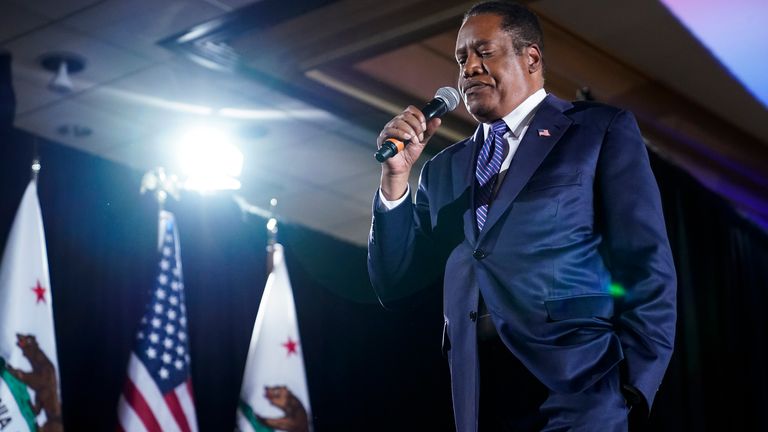 The top candidate from the GOP, as the Republican Party is often known, Larry Elder, is a conservative talk show host who has been criticised for failing to tackle callers who have espoused views suggesting COVID-19 vaccines were dangerous.

Mr Newsom cast his quick victory – which was boosted by a healthy turnout – as a win for science, women’s rights and other liberal issues.

With around two-thirds of the ballots counted, Mr Newsom was ahead by a 30-point gap, fuelled by the high number of Democrats who vote by post. This is likely to shrink in the days ahead as votes cast at polling stations are counted, but Mr Newsom’s lead cannot be overhauled. 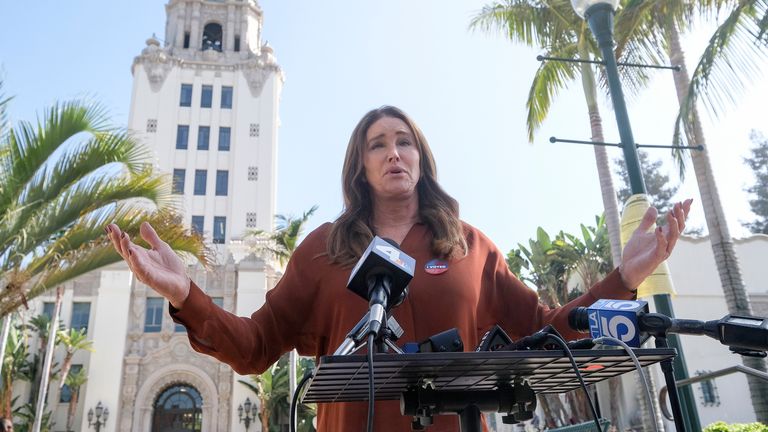 The race was also considered a test of whether the political philosophy of Donald Trump remains a powerful force motivating Democrats to come out and vote, ahead of mid-term elections next year.

Mr Elder’s campaign had echoed earlier comments made by Mr Trump, who made unsubstantiated claims that his election was rigged.

Mr Newsom branded his rival “more extreme than Trump”, while President Biden, who campaigned for Mr Newsom, called him “the closest thing to a Trump clone I’ve ever seen”.

Mr Newsom will face his next election battle in 2022.

Caitlyn Jenner, who paused her campaign in January to take part in Celebrity Big Brother in Australia, is said to have won just 1.2% of the vote, according to the Desert Sun newspaper.