The Carnival Sensation, which was sailing with no guests and a skeleton crew, found the boat in distress 37 miles off the coast of Palm Beach. 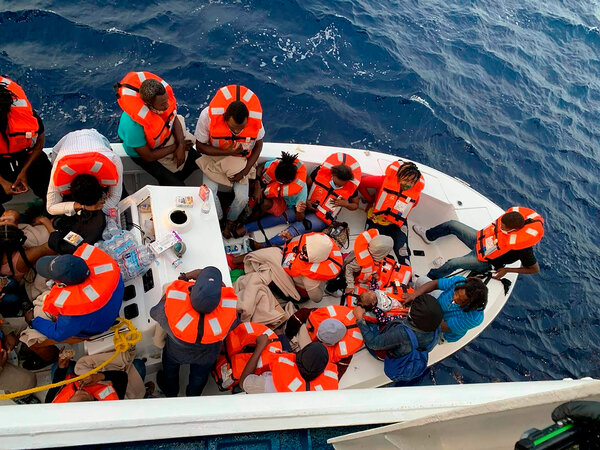 The Carnival Sensation was sailing in international waters off the Florida coast on Saturday when crew members spotted a crowded 36-foot boat that appeared to be in distress.

The ship maneuvered alongside the boat and crew members handed over blankets, life jackets, food and water to the 24 people onboard the smaller vessel, including two children, according to the Carnival Cruise Line.

As it floated 37 miles off the coast of Palm Beach, the boat began to take on water. The passengers were quickly ushered aboard the cruise ship through a side hatch that is typically used in port to load supplies via a gangway. The boat sank after the rescue, a Coast Guard spokeswoman said.

The rescued boat was coming from Freeport, Bahamas, said Nicole J. Groll, the Coast Guard spokeswoman. It was not clear where the boat was headed, she said, nor was it clear what had happened to the boat that caused it to sink.