The move allows reopening of schools and nonessential business in the zones, but tough restrictions in other parts of the city remain. 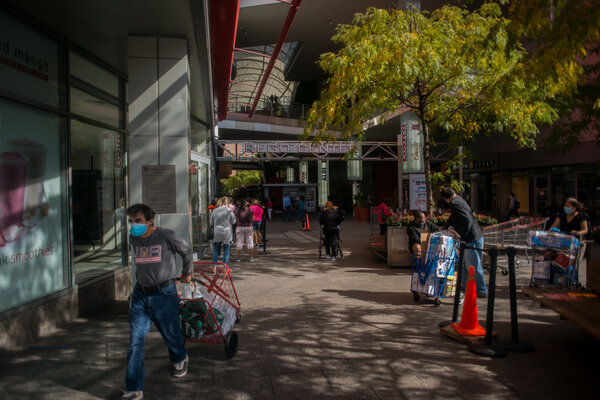 ALBANY, N.Y. — Gov. Andrew M. Cuomo announced on Wednesday that some localized lockdowns in New York City neighborhoods with rising coronavirus cases would be reduced, allowing the reopening of schools and businesses that had been shuttered.

But other neighborhoods at the heart of the outbreaks in two areas, in Brooklyn and in Rockland and Orange County, remained under the most stringent lockdowns, and another, Ozone Park in Queens, was added to the list of neighborhoods that face limitations on activity, which include attendance restrictions at houses of worship.

It was an acknowledgment that while progress had been made over two weeks of lockdowns, restrictions remained necessary in large swaths of New York City in order to keep an outbreak in some areas from engulfing the city.

The changes could add more confusion over the tiered, three-color system of zoned restrictions, but the governor insisted that the plan was effective.

The governor, in his news conference at the Capitol, also introduced new metrics that the state will use to determine changes to the boundaries and restrictions of the areas. If a neighborhood’s positivity rate remained under 3 percent after 10 days, the most serious restrictions — where schools were closed, all but essential businesses were shuttered, restaurants were barred from everything but takeout and houses of worship were limited to a maximum of 10 people — could be lifted.