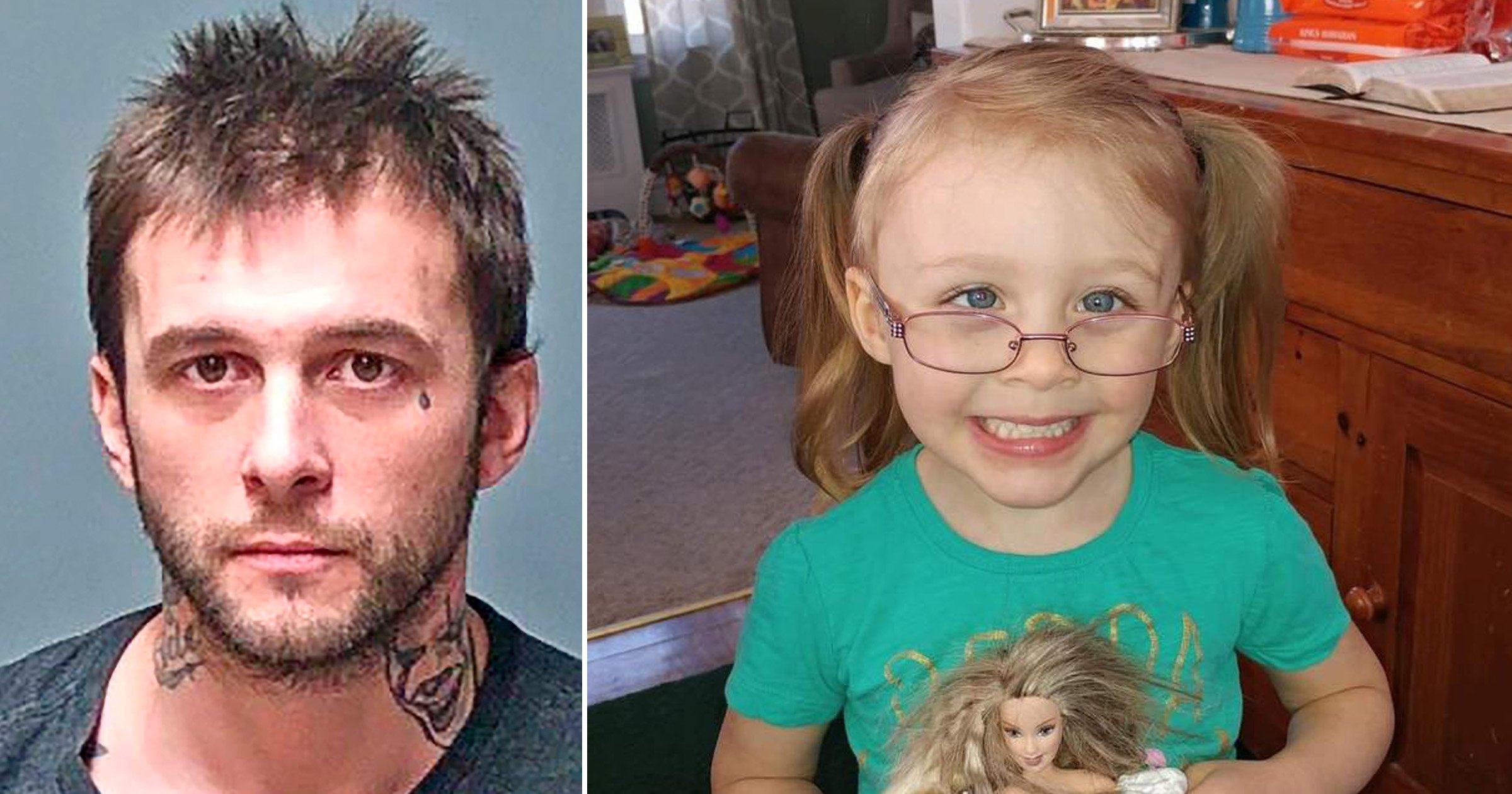 The father of missing child Harmony Montgomery was charged with her murder on Monday.

Adam Montgomery was charged with second-degree murder, falsifying physical evidence, abuse of corpse, and tampering with witnesses. He is scheduled to be arraigned in court on Tuesday.

‘We concluded that 5-year-old Harmony was murdered in Manchester in early December of 2019,’ Formella said.

This conclusion was based on multiple sources, as well as ‘biological evidence,’ the Attorney General said.

Investigators believe Adam killed his daughter ‘by repeatedly striking Harmony in the head with a closed fist,’ Formella said.

The Attorney General also said that Adam moved or destroyed Harmony’s body after her death, and induced his wife Kayla Montgomery to give false testimony to investigators.

In August, police first announced that they now had enough evidence to conclude that Harmony was murdered sometime between November 28 and December 10 in 2019.

Police were not alerted to her disappearance until December 2021. They were alerted by Harmony’s birthmother Crystal Sorey, who said she had been looking for her daughter for months.

Adam pleaded not guilty to the assault charges. He has been held in jail since January.

‘I do want to express my deepest sympathies to Harmony’s family, friends, and loved ones,’ Formella said. ‘We understand that today’s news, while significant for purposes of this investigation, is yet another difficult moment for those who loved Harmony and those who have followed this case.’

I ask that in memory of Harmony, that we all make every effort to do something nice for a child today,’ Police Chief Aldenberg said as he held back tears. ‘I know of no other way to respect and honor this innocent and defenseless child than to extend an act of kindness to another child in her memory.’