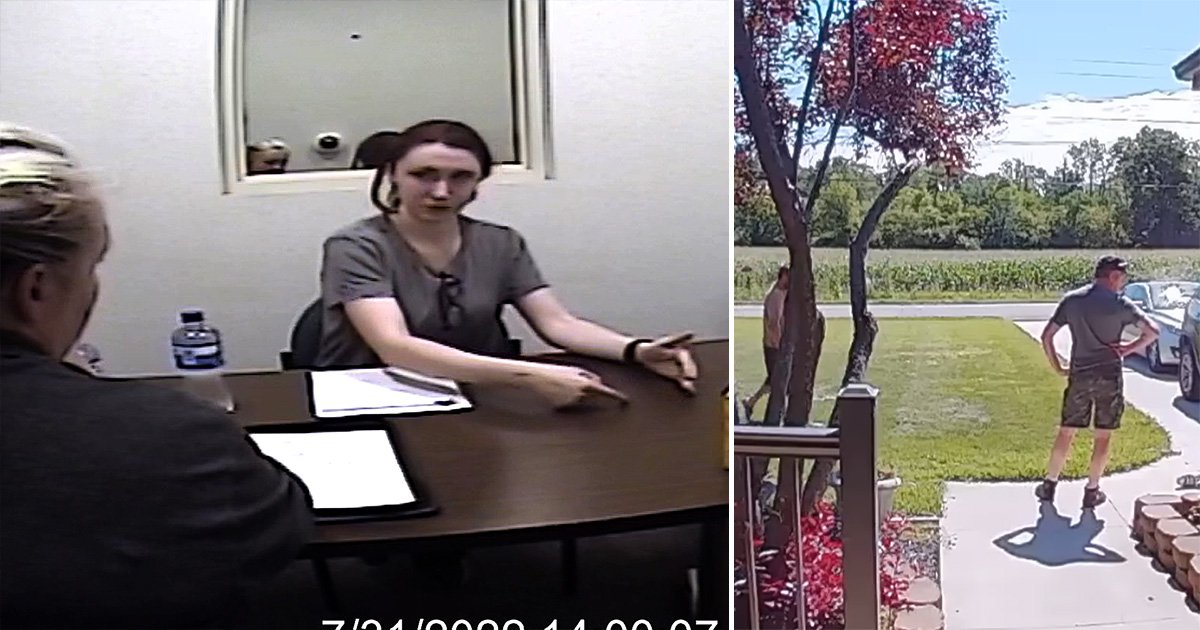 The moment a dad shot his daughter’s ex-boyfriend dead as he tried to break into their home was captured by their Ring doorbell camera.

Jilted James Rayl, 22, repeatedly rang the bell and then barged the door with his shoulder to try and force entry on July 31.

He eventually broke a deadbolt and managed to open it a few inches, despite Mitchell Duckro warning: ‘I got a gun.’

The Ring video shows Rayl hit by three shots from inside, one in each shoulder and one in the back.

He can be seen staggering away towards the garden before collapsing on the drive.

He died within minutes before sheriffs arrived in Sydney, Ohio.

Mr Duckro’s daughter Allyson had broken up with Rayl 18 months earlier but he had left a voicemail the night before.

On a 911 call, Allyson can be heard saying: ‘Dad, there’s nothing you could have done, you saved my life.’

The footage and call was included in evidence seen by a grand jury which voted by eight to one not to prosecute Mr Duckro over the killing.

Ohio laws allows homeowners to use lethal force if they are threatened.

Some neighbour’s disagreed with the lenience shown to him, including Jeffery Hereford who asked: ‘If he entered the house, why did he shoot through the door?’

Rayl’s sister Jessica Colbert said in court: ‘Mitch Duckro shot him in the back and killed him.

‘I hope your days are more miserable than they’ve ever been. You’re a disgusting excuse of a human being, along with your daughter.’