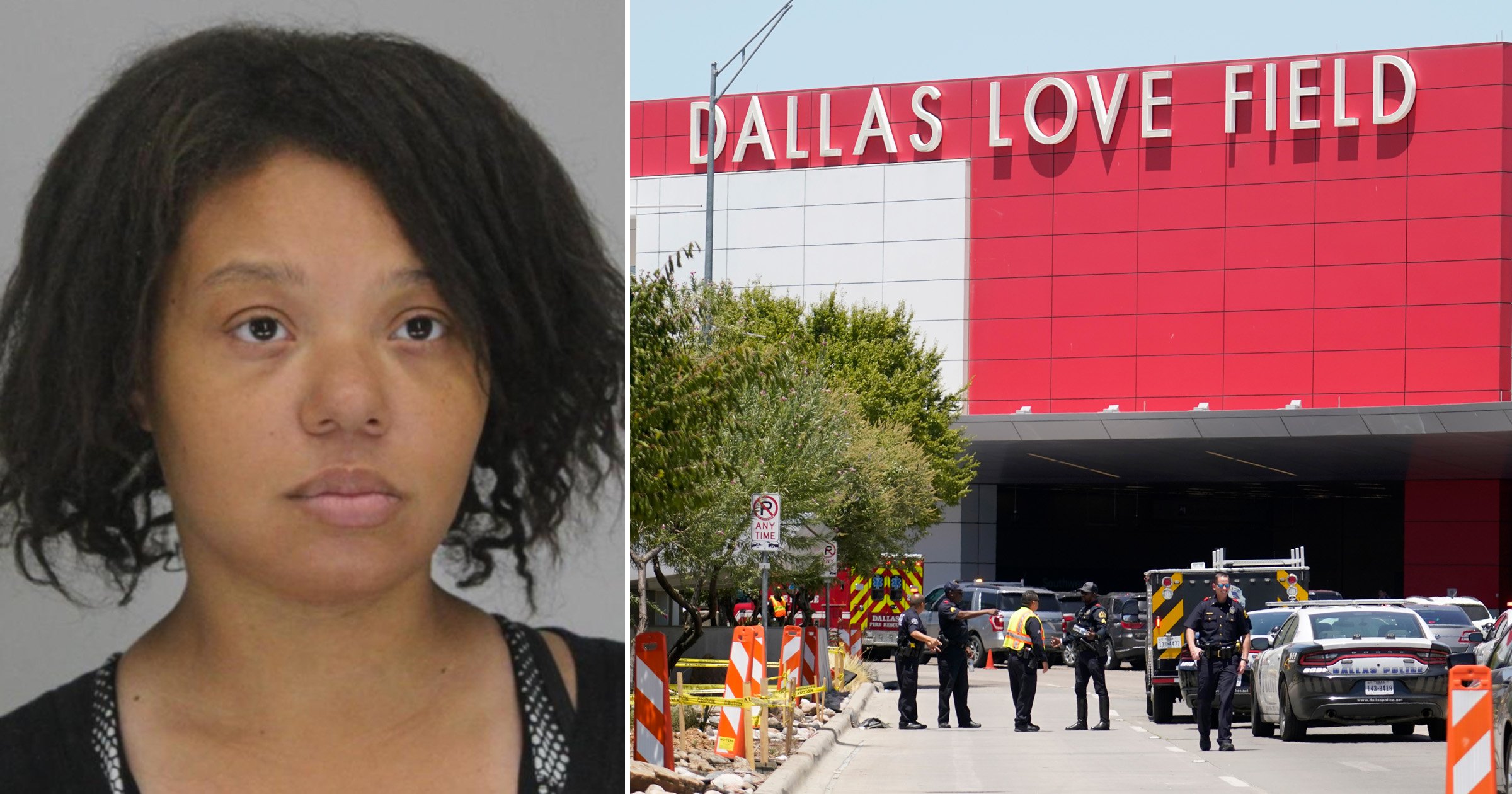 A woman accused of shooting inside an airport in Dallas has been found to have a lengthy history of run-ins with police – including telling them she was rapper Chris Brown’s wife and ‘God’s prophet’.

Portia Odufuwa, 37, reportedly aimed a gun at the Dallas Love Field Airport ceiling and fired near a ticket counter. She was shot by police and is currently hospitalized.

Court records obtained by the Dallas Morning News show that Odufuwa has been arrested multiple times over the last few years, but most charges were dropped after judges found her incompetent to stand trial.

Odufuwa reportedly entered a Bank of America and displayed a note demanding money. Customers were evacuated from the building, and police arrested Odufuwa as she was leaving the scene.

She was found not competent enough to stand trial and the case was dismissed. Odufuwa underwent inpatient and outpatient mental health treatment following the charges.

In October 2019, Odufuwa was arrested again and charged with arson.

Odufuwa was watching the house burn when authorities arrived on the scene. She asked to speak with a police officer, then told them that she was ‘responsible for the fire’.

According to an arrest-warrant affidavit, Odufuwa told officers: ‘I am God’s prophet, and I need an attorney, but I’m basically letting you all know that I am the cause of this fire.’

She also told officers that she previously lived in the house, but returned because ‘it never fully burned down’.

Odufuwa refused to give arresting officers more information until she spoke to her husband, whom she identified as R&B singer Chris Brown.

The case was ultimately dismissed due to a lack of scientific evidence, District Attorney John Creuzot told the Dallas Morning News.

Odufuwa was again arrested at a hotel in Mesquite, Texas on April 25, 2021, and accused of pulling a fire alarm. A hotel clerk told police she became upset after the hotel refused to extend her stay.

When police asked for her home address, Odufuwa gave them the address of Chris Brown’s mansion in Los Angeles.

Odufuwa’s case was dismissed by Judge Kristin Wade in June of 2021, who found her incompetent to stand trial and was referred to an outpatient mental health service.