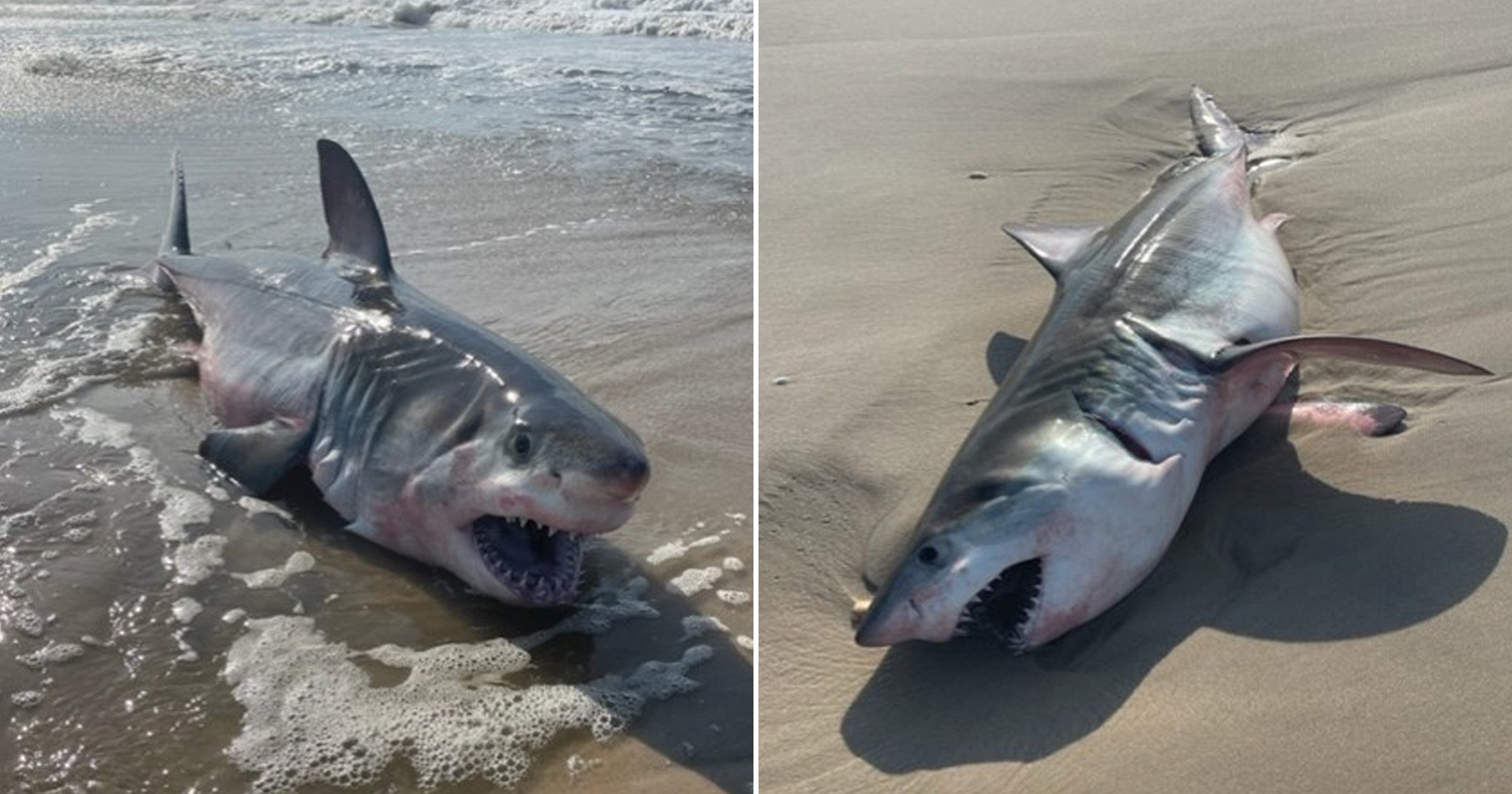 A dead great white shark washed up on a New York beach Wednesday morning amid a recent string of attacks and sightings in the area.

The shark was discovered on Dune Road Beach in Quogue, Long Island, but had been pulled back out to sea before police arrived to secure it. Witnesses, who were able to snap a picture of the shark, said it looked to be between seven and eight feet long.

‘At this time we are cautioning swimmers and boaters in the area to be aware of this ongoing situation, and to keep distance to allow the Law Enforcement to monitor this event,’ the Quogue Village Police Department said in a Facebook post.

Quogue police are coordinating with the South Fork Natural History Museum Shark Research and Education Program to monitor the situation and hopefully locate the shark’s carcass to determine its cause of death.

The spotting was reported hours before a surfer was bitten off Fire Island in at least the sixth attack in the area this summer.

As a result, police are ‘intensifying aerial and water patrols out of an abundance of caution,’ and spreading beach safety tips, Hochul said.

Earlier this week, Hochul released an action plan to address the uptick in sightings and help New Yorkers be more aware of potential danger when at the beach. The governor’s plan includes additional life guards and using drones to monitor local waters.

Several beaches on Long Island have had to close or restrict areas this summer due to shark sightings and encounters. Sharks have recently been spotted on Long Beach, in the Rockaways, at Jones Beach and at East Atlantic Beach.

According to officials, there was only one shark attack reported on Long Island last summer, in which a lifeguard was bitten.