NAVAL BASE SAN DIEGO — Edward Gallagher was something special, even by the punishing standards of the Navy SEALs. Both a lifesaving medic and a crack sniper, he was repeatedly decorated for valor and for coolheaded leadership during 19 years of combat deployments. After his latest tour, fighting Islamic State militants in Iraq, he was named the top platoon leader in SEAL Team 7 and nominated for the Silver Star, the military’s third-highest honor.

But now, less than a year later, Special Operations Chief Gallagher, 39, is locked in the brig, facing charges that during that same deployment — his eighth — he shot indiscriminately at civilians, killed a teenage Islamic State fighter with a handmade custom blade, and then performed his re-enlistment ceremony posing with the teenager’s bloody corpse in front of an American flag.

The Navy has charged Chief Gallagher with premeditated murder, attempted murder and nearly a dozen other offenses, including obstruction of justice and bringing “discredit upon the armed forces.” If he is convicted, he could spend the rest of his life in prison.

Chief Gallagher denies all the charges.

The case has sent waves through the secretive world of the SEALs, who prefer to operate behind the headlines in an atmosphere of silent professionalism. And the case may widen as the investigation implicates other SEALs who did not report what they knew. A lieutenant has already been charged.

The chief’s arrest has also shaken his family, who cannot square the list of war crimes with the sailor they have long known.

“This is not who Eddie is,” his wife, Andrea Gallagher, said in an interview. “He is a lifesaver. He is that guy who runs into the burning building when other people are running out.”

In a two-day preliminary hearing at Naval Base San Diego that concluded Thursday, prosecutors presented accounts from several other SEALs in Chief Gallagher’s platoon describing his behavior as reckless and bloodthirsty. They said he fired into civilian crowds, gunned down a girl walking along a riverbank and an old man carrying a water jug, and threatened to kill fellow SEALs if they reported his actions.

Some platoon members were so distraught by the chief’s actions, investigators said, that they tampered with his sniper rifle to make it less accurate, and fired warning shots to scare away civilians before the chief had a chance to shoot them.

Chief Gallagher sat in the courtroom in dress uniform during the hearing, his face deeply creased and tanned from years of combat duty. He did not testify.

His lawyer, Phillip Stackhouse, said the charges were baseless. He said the only evidence that the chief had killed anyone came from accounts offered by a few SEALs who were disgruntled because they could not meet their leader’s demanding standards.

“I promise you, we will call many more SEALs who will say none of his ever happened,” Mr. Stackhouse said.

The purpose of the hearing, known as an Article 32 hearing, was to determine whether the case should proceed to a trial. Both sides said they believe it will, probably in 2019. 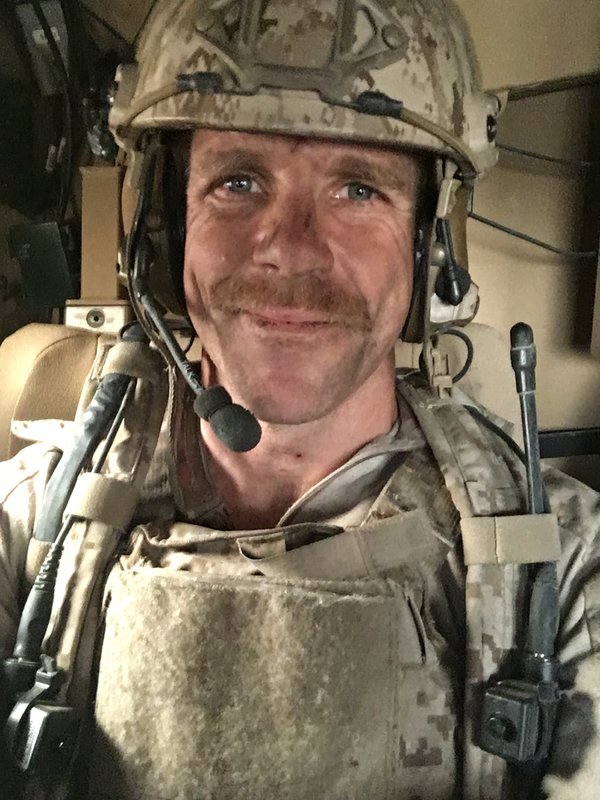 The son of a West Point graduate and career Army officer, Chief Gallagher enlisted in the Navy as a medic in 1999 and deployed to Iraq, attached to a Marine infantry unit. Then he decided to become a SEAL, and was one of the few Navy medics ever to complete the Marines’ demanding scout sniper school. He finished his SEAL training in 2004.

His combination of skills put him in high demand. He deployed frequently with different teams, steadily advanced in rank, and built a record studded with awards for exemplary conduct and valor, braving fire to kill enemies and save friends in Iraq and Afghanistan.

His eighth deployment, from February to September 2017, was to Mosul, Iraq. Some of the SEALs who served under him told investigators that at first they were excited to be led by someone with Chief Gallagher’s reputation, but they soon started to see him as unhinged. He fired his rifle about ten times as often as other snipers, they said, even at times when there seemed to be no targets.

“Every single sniper in the platoon said he was not a good sniper,” Agent Warpinski told the court.

The chief was hard on his platoon, investigators said, berating and punishing SEALs who he thought were not aggressive enough.

Chief Gallagher’s lawyers said that hard feelings in the platoon over his actions had led some SEALs to concoct stories in the hope of forcing him from command.

In May 2017, Iraqi forces captured an enemy fighter who had been wounded in an airstrike. Video images show the bleeding fighter, who was thought to be between 12 and 17, being brought to the SEAL platoon on the hood of a truck, and Chief Gallagher and others cutting away his clothing to give medical aid.

Photos of the fighter viewed by The New York Times appeared to show that medics had put tubes used to treat a collapsed lung in his side and cut an emergency airway in his throat.

Navy investigators said that one SEAL medic was kneeling over the fighter’s head, treating him, when Chief Gallagher walked up and, without saying a word, took out a handmade knife and stabbed the teenager several times in the neck and side.

Members of the platoon then posed for photos with Chief Gallagher as he held the teenager’s head up by the hair with one hand, and held his knife in the other. Photos show Chief Gallagher then raising his right hand to perform a re-enlistment ceremony over the dead body, while another SEAL member holds an American flag.

Soon after the episode, investigators said, Chief Gallagher texted a photo of the body to a fellow SEAL member with the message, “I got him with my hunting knife.”

Mr. Stackhouse, the defense lawyer, said the teenager had probably died of the serious injuries he suffered in the airstrike, and that no evidence had been offered showing any stab wounds. As for the photos taken afterward, posing with the body, Mr. Stackhouse said, “these types of pictures are not unique, they’ve been in every Iraq case I’ve ever done.”

Investigators say several SEALs in the platoon spoke to commanders about the episode, but that no action was taken. Some of them reported it to higher leadership in December 2017, and again in April, when a criminal investigation was opened.

In September, when the Navy became aware of what prosecutors said were efforts by the chief to intimidate witnesses, he was arrested and put in pretrial confinement.

In the hearing Thursday, a Navy prosecutor, Chris Czaplak, said the chief had done damage beyond murder.

“Does the public still believe we are the good guys, because Chief Gallagher decided to act like the monster the terrorists accuse us of being?” he said. “He handed ISIS propaganda manna from heaven. His actions are everything ISIS says we are.”