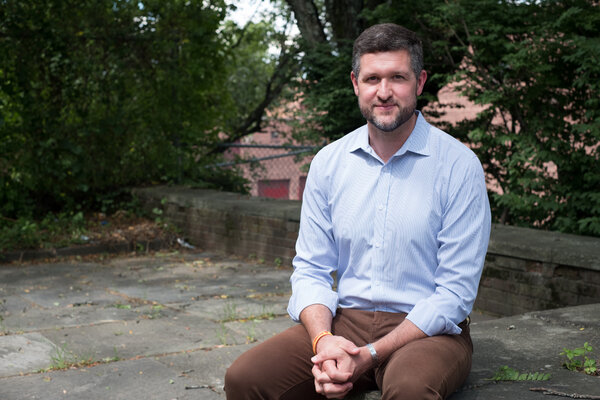 HUDSON, N.Y. — Pat Ryan, a Democratic county executive in New York’s Hudson Valley, has won a special House election on Tuesday, according to The Associated Press, in a contest that was seen as a potential test of the impact that the recent Supreme Court decision on abortion might have on the midterm elections.

The result in the closely watched race, which was considered a tossup, will keep the swing-district seat, which was formerly held by Lt. Gov. Antonio Delgado, under Democratic control.

Mr. Ryan was able to keep his early lead, ultimately winning 52 percent of the vote to Mr. Molinaro’s 48 percent, with nearly 95 percent of votes cast.

Mr. Ryan sought to highlight abortion rights as the predominant issue in his campaign and contrast his support for protecting abortion rights nationwide with the position of his Republican opponent, Marc Molinaro, who believes that the decision ought to rest with states.

In speeches and campaign ads, Mr. Ryan, the Ulster County executive and a combat veteran, urged voters in the 19th District to see the election as a crucial opportunity to send a message decrying attacks on abortion access, voting rights and, more broadly, democratic principles.

Though polls show that a majority of voters support some access to abortion, Democrats have been wrestling with how best to translate that into support for the party.

Mr. Molinaro, the Dutchess County executive, largely avoided the topic of abortion, focusing instead on day-to-day voter anxieties, from crime and inflation to the price of baby formula.

In addressing his supporters late Tuesday evening, Mr. Molinaro refused to concede. “Whether it’s tonight or it’s Nov. 8, we are going to win the 19th Congressional District and give voice to people who are working too damn hard and getting too little in return.”

Mr. Ryan now heads to Washington to serve out the remaining four months of Mr. Delgado’s term. It was his second bid for Congress: He ran in 2018 against Mr. Delgado, coming in second in a crowded primary.

In the final days of the race, the Democrat’s campaign received a boost from party leaders including Mr. Delgado and Gov. Kathy Hochul, who appeared with Mr. Ryan at a rally in Kingston, and a vigorous get out the vote campaign that included calls, letters and post cards.

Mr. Ryan will be seeking a full term in Congress in November, but — in a confusing redistricting-year twist — it will not be in the 19th District. His home lies within the new boundaries of the 18th District, where he is running in November. His Republican opponent in that race will be Assemblyman Colin Schmitt of New Windsor.

Despite Mr. Molinaro’s loss in the 19th District, he, too, will be seeking a full term in Congress in November — in the district’s new contours.