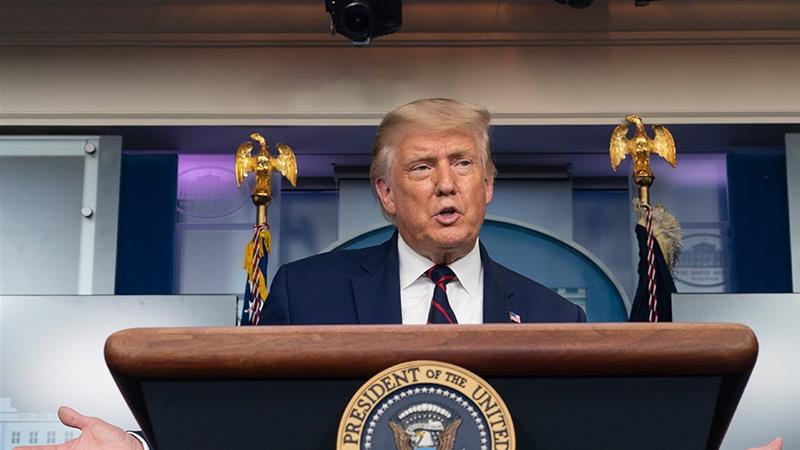 A US Department of Homeland Security (DHS) official has said top officials within the department asked him to suppress facts in intelligence reports that President Donald Trump might find objectionable, including information about Russian election interference and the white supremacist threat in the country.

According to a whistle-blower complaint released on Wednesday, Brian Murphy, a former DHS deputy under-secretary for intelligence, said acting Homeland Security Secretary Chad Wolf told him in mid-May to begin reporting instead on political interference threats posed by China and Iran, and to highlight the involvement of left-wing groups in domestic disorder.

The complaint purported that Wolf told Murphy on a second occasion – in July – that an intelligence notification on Russian disinformation efforts should be “held” because “it made the president look bad”.

Murphy also said he was told to modify a report section on white supremacists “in a manner that made the threat appear less severe, as well as include information on the prominence of violent ‘left-wing’ groups”.

He said he was also instructed by senior officials to ensure that intelligence assessments he produced for former Secretary of Homeland Security Kirstjen Nielsen supported administration claims that large numbers of suspected “terrorists” were entering the country over the US border with Mexico.

Murphy also said he was demoted for refusing to go along with the changes in reports and for filing confidential internal complaints about the conduct. He added that he was banned from some meetings as a result of his refusal.

Murphy filed the complaint, which outlined other allegations of misconduct by Trump administration officials, on Tuesday with the DHS Office of Inspector General. It was released a day later by the intelligence committee of the Democratic-controlled US House of Representatives. 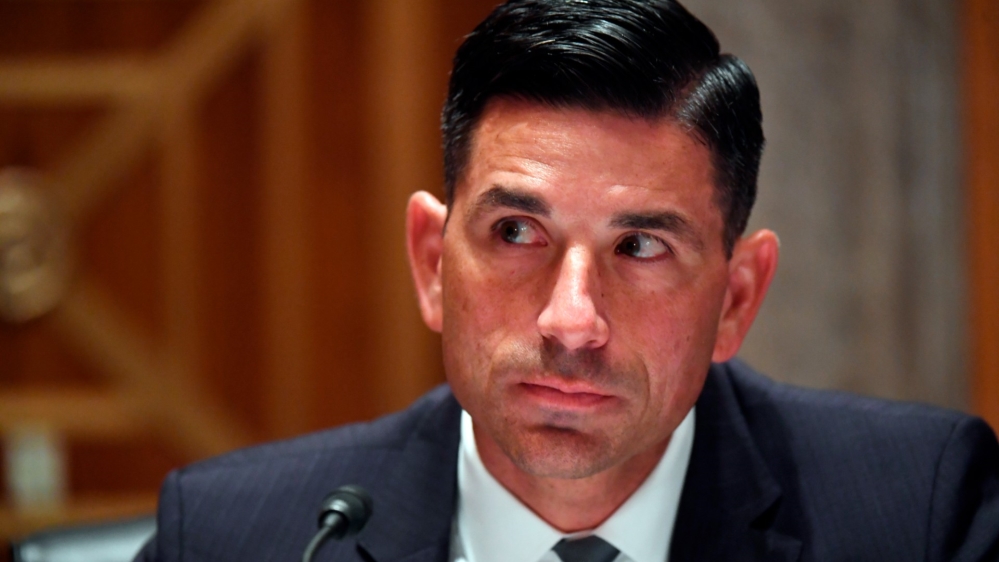 The White House and Department of Homeland Security each denied the claims.

“Ambassador O’Brien has never sought to dictate the Intelligence Community’s focus on threats to the integrity of our elections or on any other topic; any contrary suggestion by a disgruntled former employee, who he has never met or heard of, is false and defamatory,” said White House spokeswoman Sarah Matthews.

Homeland Security spokesman Alexei Woltornist added: “We flatly deny that there is any truth to the merits of Mr. Murphy’s claim.”

US intelligence assessments that a Russian influence operation aimed at swaying the 2016 election in Trump’s favour has overshadowed much of his presidency with a series of investigations being dismissed by Trump as a hoax. Trump has expressed admiration for Russian President Vladimir Putin, whose government denied election meddling.

US officials say Russia, China and Iran have been working to influence the 2020 election in which Trump is being challenged by Democrat Joe Biden.

Senate Intelligence Committee member Angus King, a political independent, told the Reuters news agency that the alleged DHS actions described by Murphy “should be condemned on a bipartisan basis”.