Reports say head of office that compiled ‘intelligence reports’ on reporters and protesters in US has been reassigned. 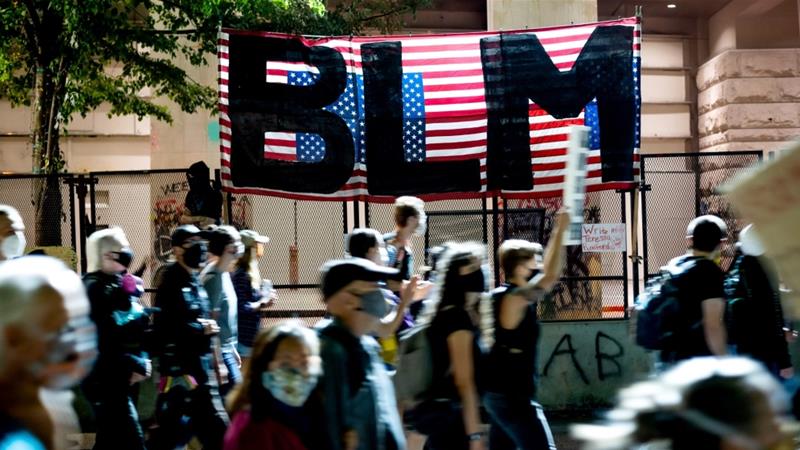 The head of a Department of Homeland security (DHS) office that reportedly compiled intelligence reports on journalists and protesters amid the continuing demonstrations in Portland, Oregon has been reassigned, according to US media.

Brian Murphy, who headed the Intelligence and Analysis Office, has been reassigned within the department, the Washington Post, Politico news site, and ABC News reported on Saturday, all citing unnamed sources familiar with the situation.

The office had compiled “intelligence reports” on journalists covering the nightly protests in Portland using a government system meant to share information about suspected “terrorists” and violent actors, the Washington Post reported on Thursday.

A spokesman for DHS on Friday said Secretary Chad Wolf discontinued collecting “information involving members of the press” after the newspaper published the report.

“In no way does the Acting Secretary condone this practice and he has immediately ordered an inquiry into the matter,” the spokesman said in a statement. “The Acting Secretary is committed to ensuring that all DHS personnel uphold the principles of professionalism, impartiality and respect for civil rights and civil liberties, particularly as it relates to the exercise of First Amendment rights.”

On Friday, Washington Post also reported that the office had obtained and analysed communications of protesters in the city, raising questions about why the agency was monitoring the communications of people taking part in constitutionally protected actions.

The report also appeared to contradict previous denials Murphy had made to the Senate Intelligence Committee. In a letter sent to Murphy by Senate Democrats on Friday, they wrote that he had stated on July 23 that his office “had had neither collected nor exploited or analyzed information obtained from the devices or accounts of protesters or detainees”.

Tensions have been high in Portland since the administration of President Donald Trump in late June sent federal agents to protect federal property and monuments amid continuing protests that have persisted across the country since the police killing of George Floyd, an unarmed Black man, on May 25.

The unrest had grown to a fever pitch in recent weeks, amid crackdowns by federal agents in which they fired tear gas and projectiles at gathered crowds and detained some protesters in unmarked vehicles far from federal property.

Earlier this week, Oregon Governor Kate Brown announced the federal officers sent by Trump were to begin a phased withdrawal, with state police taking over outside the federal court that has become the centre of protests.

Federal officials, however, have pushed back, saying they would not leave the city completely but be on standby in case they are needed.

On Friday, Trump tweeted that “Homeland Security is not leaving Portland until local police complete cleanup of Anarchists and Agitators!”