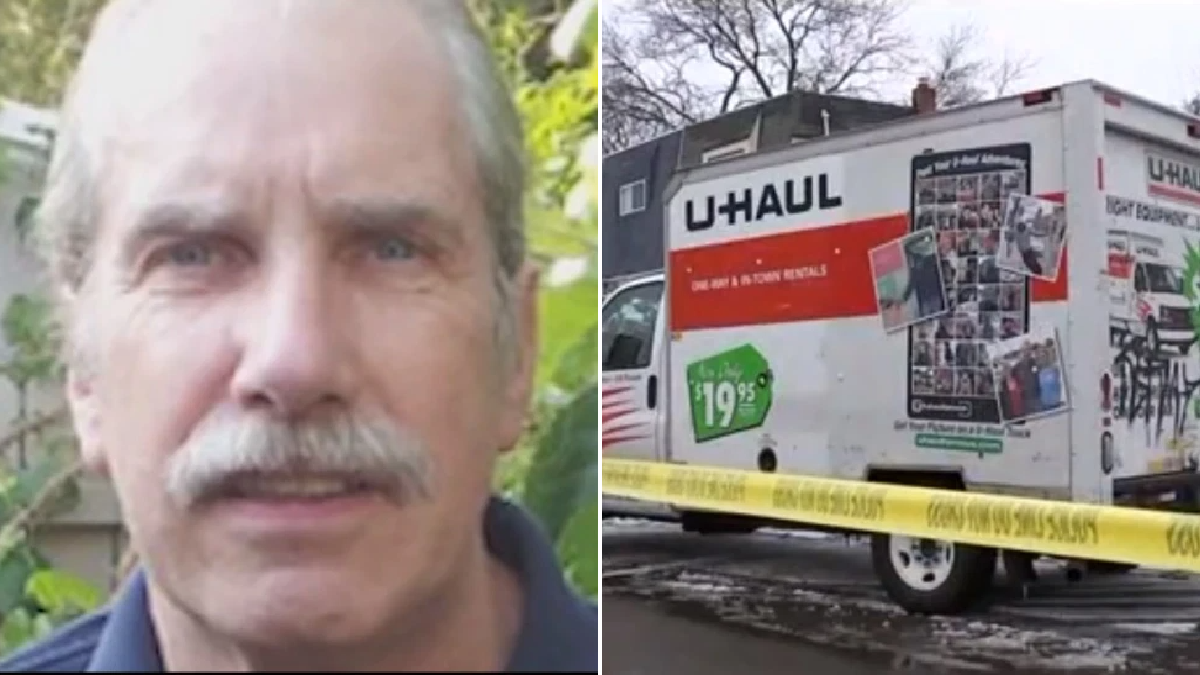 A man has been charged with abuse of a corpse after police found body parts hidden in the back of a rented van.

Taray Herring, 47, was arrested in Philadelphia, Pennsylvania on Thursday and has been accused of dismembering a body and trying to hide the evidence.

The arrest comes amid a police search for missing man, Peter Gerold, a registered massage therapist, who hadn’t been seen by neighbors in a week, reports ABC 6.

Body parts were found by police in the back of a U-Haul truck on Thursday, close by to Gerold’s home as well as in a dumpster, a third of a mile from his home, and in an unattached garage behind Gerold’s home, according to police.

Herring was a passenger in the truck when police pulled it over on Thursday and has since been charged with criminal trespass, theft, and evidence-tampering, burglary and abuse of a corpse, according to court records.

The discovery of the body parts come after police responded to a burglary call in the Somerton neighborhood on Thursday morning and pulled over a U-Haul truck that was seen leaving Gerold’s property.

The police reportedly found dismembered body in a trash bag in the rear of the truck, and the driver and a passenger – identified as Herring – were arrested. Investigators questioned and released the driver.

Police say they also found more body parts, specifically a leg and a hand, in a dumpster less than a third of a mile away from the first crime scene in Somerton. Police said the body parts could belong to the same victim.

Although police are yet to confirm the identity of the person found dismembered, neighbors have confirmed the owner of the home-in-question as that of Peter Gerold.

He ran his ‘Kneading You Therapy’ practice out of his house and investigators reportedly found pieces of body parts in an unattached garage behind his home. It’s also claimed that someone tried to burn a body.

On Friday, police executed a search warrant and more than 30 parrots and other animals were removed from Gerold’s property.

His next door neighbor, Tiffany McLean, said: ‘He was always willing to help people no matter what; it’s so sad.

‘It sounds like something out of a movie or something. I can’t really, I’m still trying to process it myself.’