Police have released disturbing bodycam footage of a missing woman in a state of distress before her disappearance.

Youtuber Gabrielle ‘Gabby’ Petito was living in a converted campervan with her boyfriend when she was pulled over by police on August 12.

In bodycam footage, the crying 22-year-old tells officers she had been fighting with boyfriend Brian Laundrie, 23.

He became a ‘person of interest’ after Ms Petito was reported missing by her family a month later. Mr Laundrie has not been charged but has so far declined to speak to investigators.

In the newly released police video, an officer can be heard asking why she’s crying, to which she replies: ‘I’m sorry, we’ve just been fighting this morning. Some personal issues.’

Mr Laundrie says: ‘It was a long day. We were camping yesterday.’

He apologises for hitting a ‘bump’ in the road and Ms Petito says: ‘I was distracting him, I’m sorry.’ 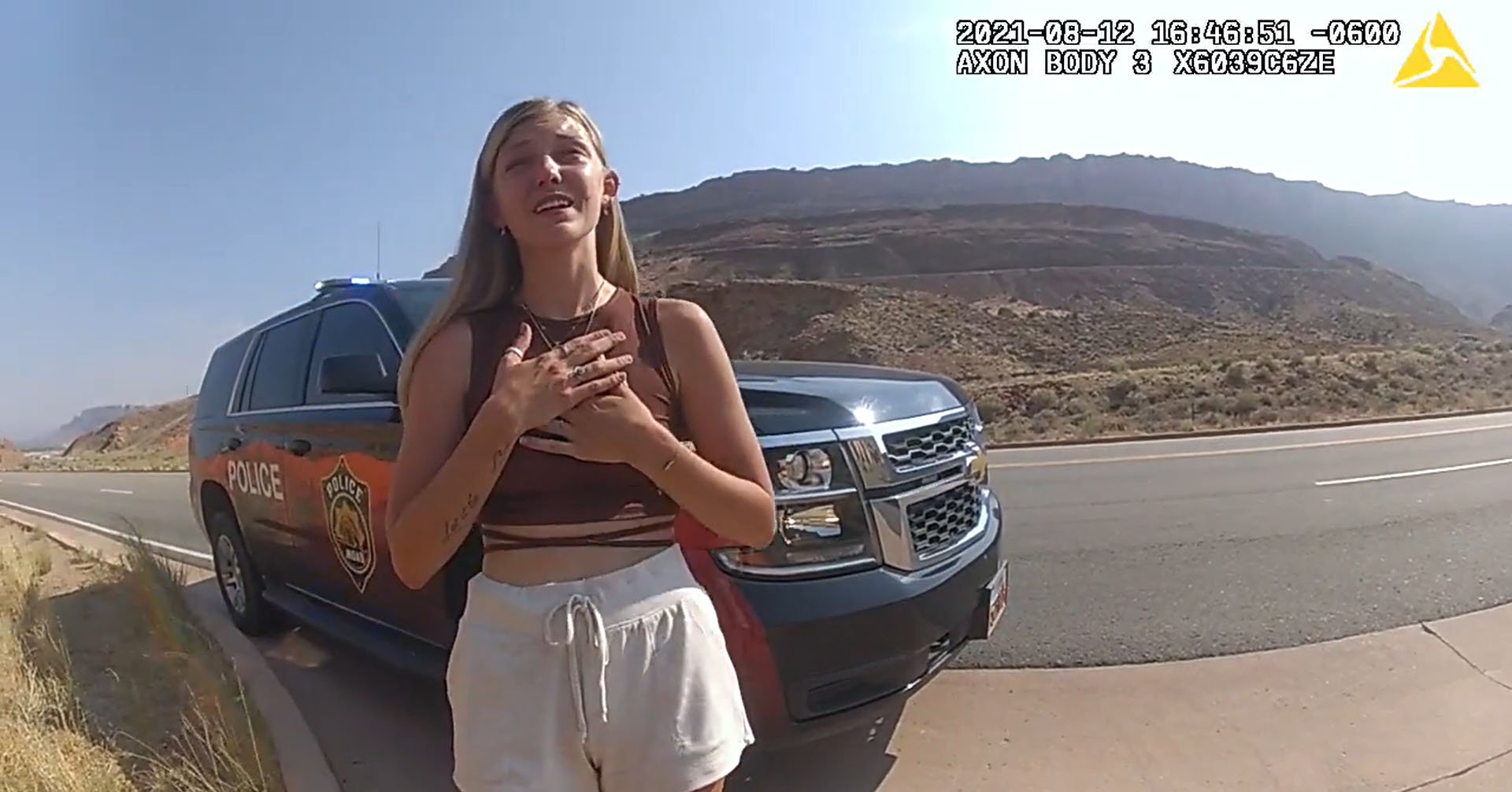 She tells officers that she scratched and slapped Mr Laundrie, adding: ‘I was trying to get him to stop telling me to calm down.’

The pair were separated for a night by the officer but no charges were filed after the incident.

They started their drive across the US in July from New York’s Long Island, where they both grew up.

They intended to reach Oregon by Halloween according to their social media accounts, but Petito vanished after her last known contact with family in late August from Grand Teton National Park in Wyoming.

Mr Laundrie drove the Ford Transit van back to Florida on September 1 alone.

On Thursday, they released a letter through their attorney on Thursday to Mr Laundrie’s parents, asking them to help investigators locate Petito, despite their instinct to protect their son.

Detectives say their investigation remains a missing person inquiry, not a murder probe, but have confirmed they are looking at an potential connection with the unsolved killing of two women at a campsite near Moab.

Their bodies were found August 18, six days after the incident between Laundrie and Petito.

The two women, Kylen Schulte, 24, and Crystal Turner, 38, had told friends they feared a ‘creepy man’ they had seen nearby might harm them.