The home owner’s security capture captured the moment the dog stood on its hind legs and placed its paws up on the stovetop, which had a high-tech control that activates the stove’s range with a touch of a finger.

From a touch of a paw, the stove turned on and caused a fire that brought extensive damage to the home, located in Parkville, a suburb outside of Kansas City, Missouri.

‘New appliances are being seen with touch controls that activate by the simple touch of a finger. An animal’s paw can also activate these types of controls,’ Southern Platte Fire Protection District Division Chief Chris Denney told Fox News. 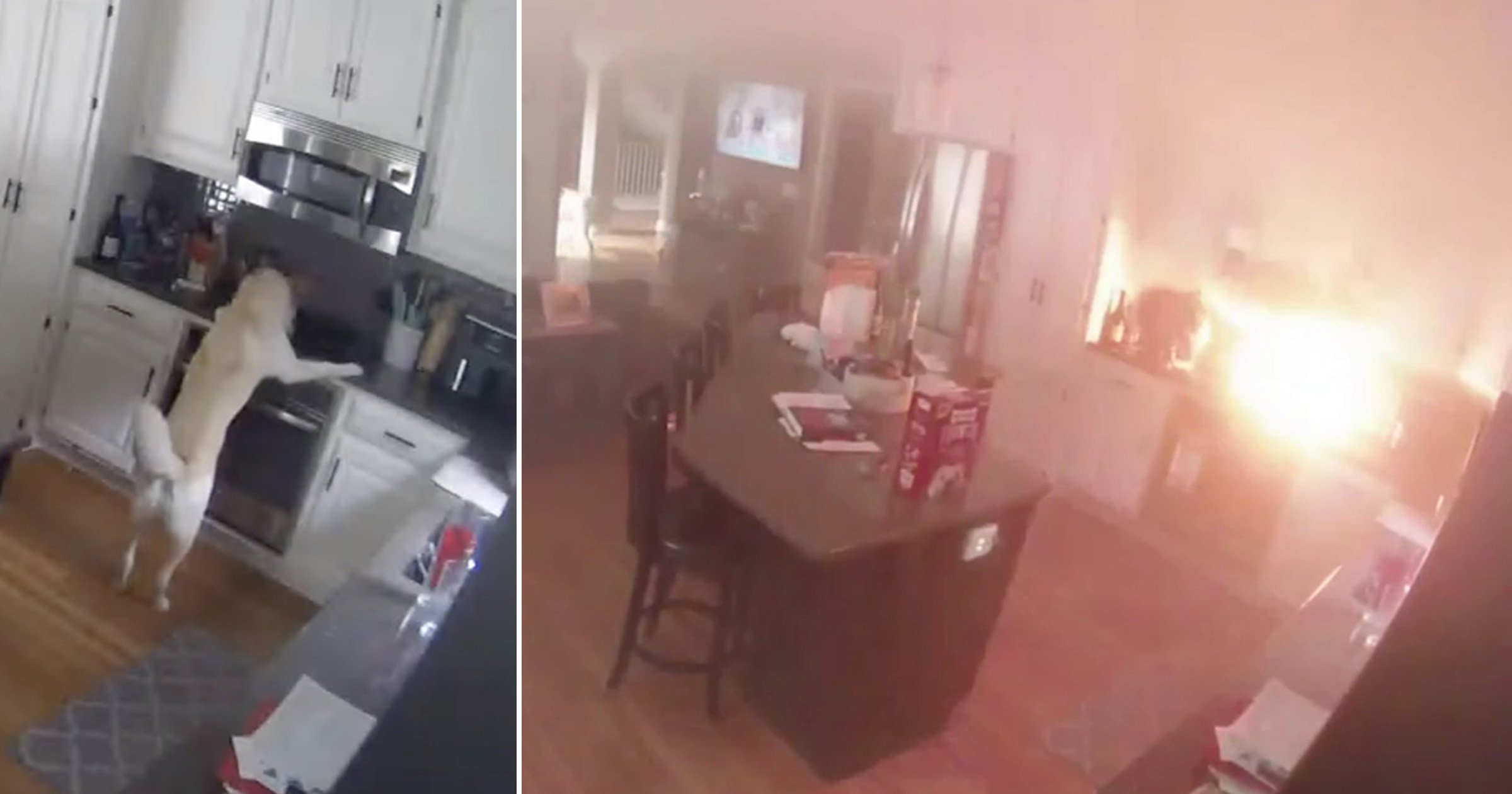 Local officials are warning pet owners to be wary of similar appliances.

‘Please use built in safety’s if available on appliances when not in use and accessible by children and/or animals,’ Denney said.

Two dogs were in the family’s home at the time of the fire, officials said. Both the dogs and the homeowners were uninjured in the blaze.

Startling footage of the fire released by the Southern Platte Fire Protection District shows the moment one of the dogs stands up on its hind legs and looks over the kitchen stove.

The dog then drops its feet back to the ground.

Footage then shows smoke filling the kitchen before the stove bursts into flames. Grease leftover from dinner the previous night had caused the fire to start, officials said.

While both dogs were saved from the blaze, extensive damage was done to the inside of the family home.