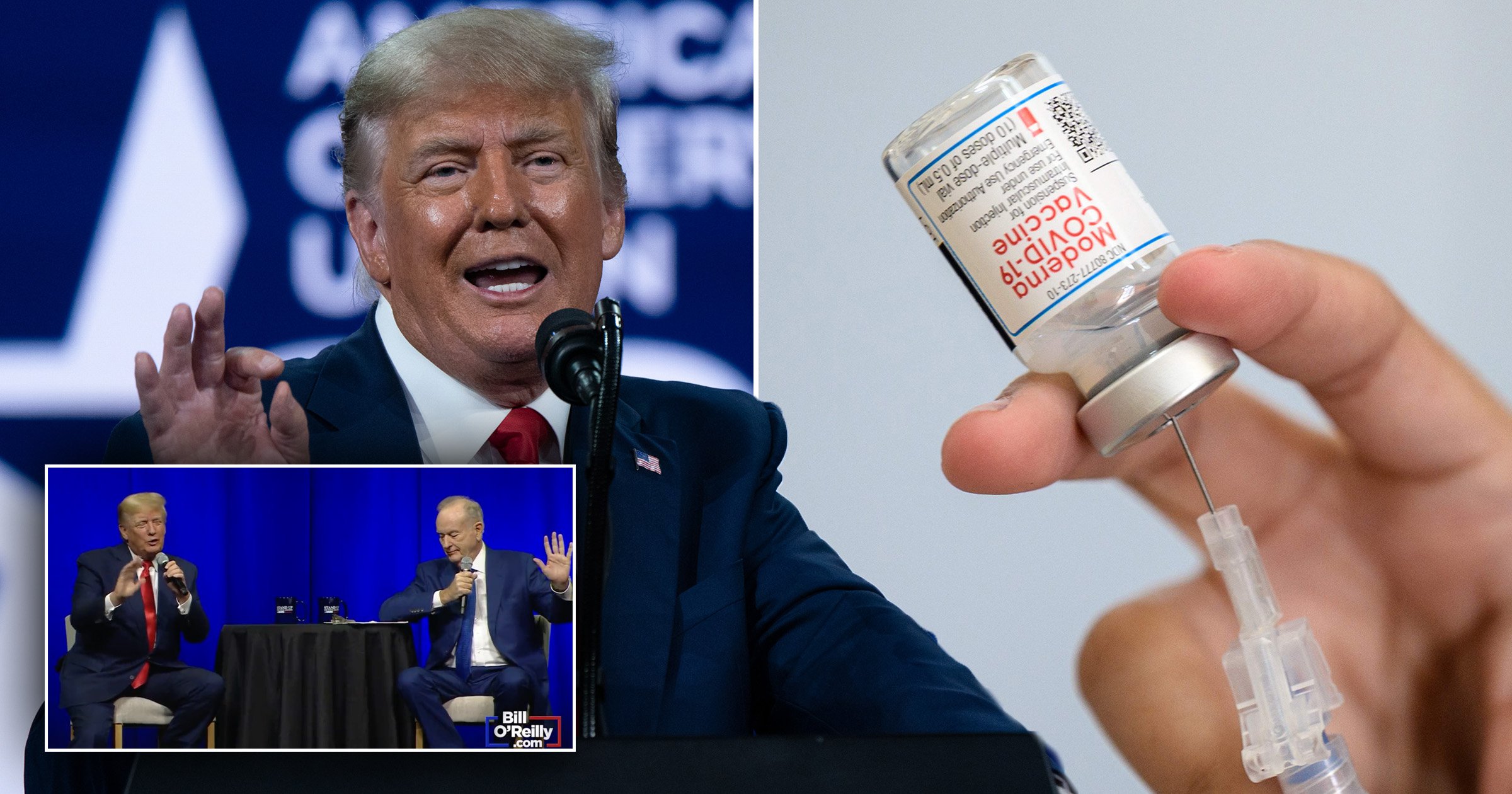 Former President Donald Trump was met with harsh criticism from some of his top supporters this weekend when he revealed he recently received a booster vaccination shot against Covid-19.

His announcement came during Sunday’s final stop on the ‘History Tour’ he co-headlined with former Fox News star Bill O’Reilly. Trump promised ‘big crowds,’ ahead of the tour, but his expectations fell short, as many of the shows have attracted sparse crowds.

The former Fox News hosts tells the crowd, ‘Both the President and I are vaxxed,’ before asking Trump, ‘Did you get the booster? according to video tweeted by O’Reilly’s No Spin News.

‘Yes,’ Trump replies, prompting a smattering of boos in the audience.

The White House repeatedly overruled public health and testing guidance by the nation’s top infectious disease experts and silenced officials in order to promote then-President Donald Trump’s political agenda, according to the report.

The report comes as Covid cases surge across the US. Cases are expected to jump 55% to 1.3 million weekly by Christmas Day, the CDC predicts.