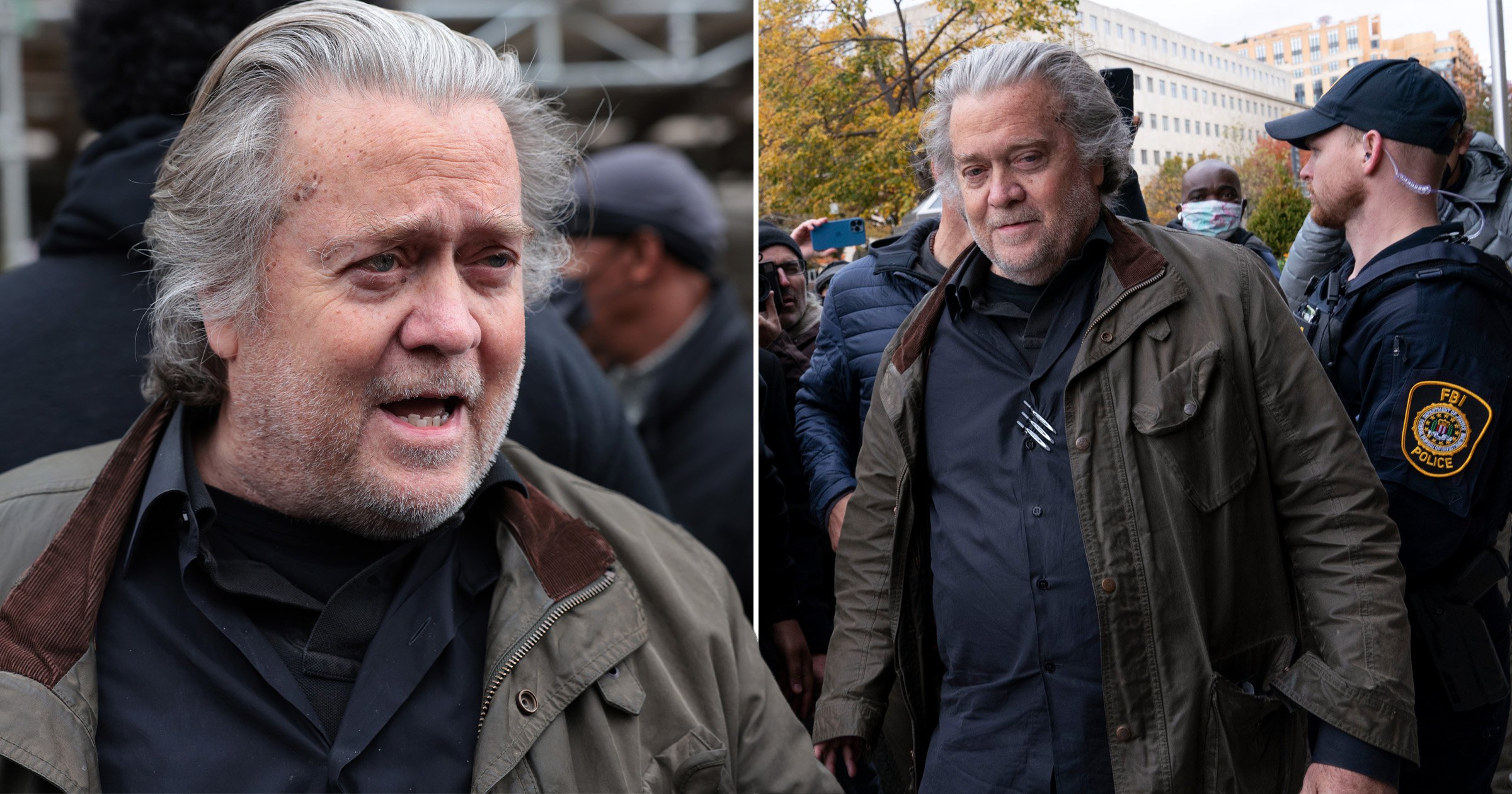 Steve Bannon has surrendered himself to federal authorities after being indicted on criminal contempt charges for refusing to cooperate with the Capitol riot investigation.

The longtime ally of former president Donald Trump turned himself into the FBI this morning and is expected to appear in court later this afternoon.

The 67-year-old former chief strategist and senior White House adviser to Trump has been charged with one count of refusing to appear for a deposition and another count stemming from his unwillingness to provide documents relating to the January 6 Capitol riot.

Each of the counts carries a minimum of 30 days and a maximum of one year in jail. Bannon could also face a $100,000 fine.

The news comes as a second expected witness, former White House Chief of Staff Mark Meadows, also defied his subpoena from the committee on Friday, and as Trump has escalated his legal battles to withhold documents relating to the insurrection.

If the House votes to hold Meadows in contempt, that recommendation would also be sent to the Justice Department for a possible indictment.

The indictment against Bannon comes after a slew of Trump administration officials, including Bannon, defied requests from Congress over the past five years and faced little consequence.