US President Donald Trump has said the death of Iranian Major General Qassem Soleimani last week was “American justice” and had saved lives.

Speaking at his first major campaign event of the year, the commander-in-chief put the ongoing crisis in Iran front and centre of his speech in Toledo, Ohio, accusing Maj Gen Soleimani of planning “imminent” attacks on US targets in the Middle East. 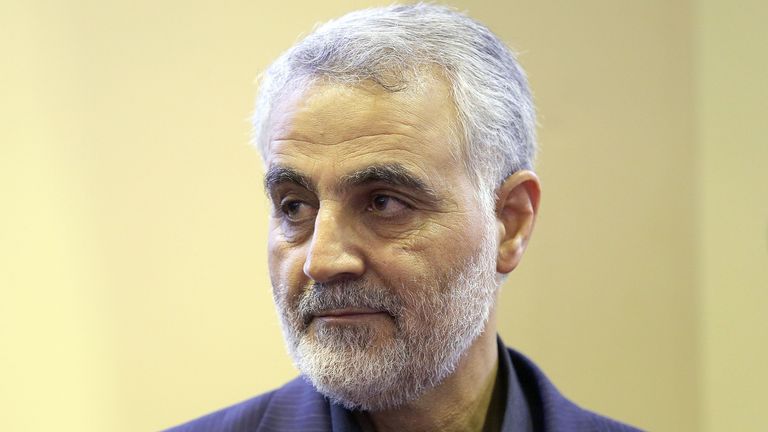 The president also took aim at senior Democrats Nancy Pelosi and Adam Schiff, who are leading the impeachment proceedings against Mr Trump, over their objections to the airstrike that killed the Iranian general last week.

He said that Mr Schiff had a “pencil neck” and that Ms Pelosi, who is the speaker for the House of Representatives, is not “operating with a full deck”.

Mr Trump said: “We got a call. We heard where he [Maj Gen Soleimani] was. We knew the way he was getting there.

“We didn’t have time to call up Nancy, who isn’t operating with a full deck. They want us to tell them so they can leak it to their friends in the corrupt media.”

He also referred to veteran senator and Democratic presidential candidate Bernie Sanders as “crazy Bernie” over his objections to the strike. Mr Trump had previously appeared to draw a line under his involvement in Iran, declaring that the country “appears to be standing down” from the brink of conflict.

He also used his rally to address a topic that has frequently appeared to irk him – the Nobel Peace Prize.

Mr Trump has often lamented his lack of the world-renowned award, and in his speech on Thursday night, he said that instead of last year’s winner – Ethiopian Prime Minister Abiy Ahmed – he should have been awarded it instead.

He said: “I made a deal. I saved a country, and I just heard that the head of that country is now getting the Nobel Peace Prize for saving the country.