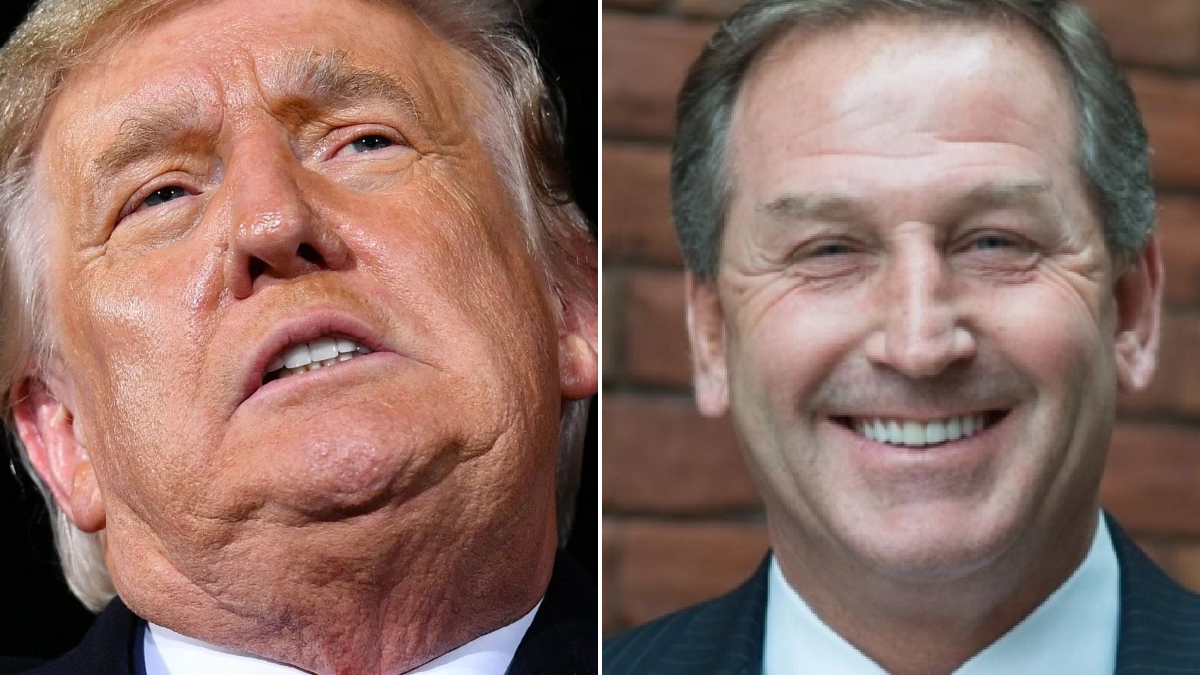 One of Donald Trump’s impeachment lawyers branded the former president a ‘fucking crook,’ just two years ago, it was claimed.

Michael van der Veen allegedly issued the broadside while chatting with alleged hacker Justin Hiemstra about Trump, who he is now representing at the ex-president’s second impeachment trial.

Hiemstra, who was represented by van der Veen said his lawyer ‘definitely came across as fairly anti-Trump in the context that I knew him.’

And the lawyer even took on a client suing Trump for allegedly trying to suppress mail-in voting in the run-up to the 2020 election. Van der Veen insisted to the Inquirer that he will represent Trump fairly and impartially.

He said: ‘I’m approaching this just like any other case. I have a client who is in need of and who deserves the best representation he can get, and that’s what we’re giving.’

But news of van der Veen’s views could further unsettle Trump, who was said to be enraged by one of his other lawyers’ performance during a hearing on Tuesday.

The former president is said to have been left incandescent by Bruce Castor, who delivered a meandering defense statement – and even admitted that the Democrat’s case against the president was very strong.

Trump is said to have been more impressed by David Schoen, the other lawyer who testified on his behalf on Tuesday.

Castor and Schoen’s attempts to get the impeachment thrown out failed, with opening arguments set to take place on Wednesday.

Trump denies inciting the January 6 riots at the US Capitol, which saw his supporters storm the building during a hearing to certify Joe Biden’s election win.

Despite the underwhelming performance of his lawyers, he is widely expected to be cleared at this trial – which is the second he has faced.

So far, just six Republicans have indicated that they may also vote to convict.

Analysts believe it is highly unlikely the Democrats will be able to convince another 11 Republicans to turn on Trump, with many fearful of repercussions from voters who still support the ex-president in the 2022 midterm elections.