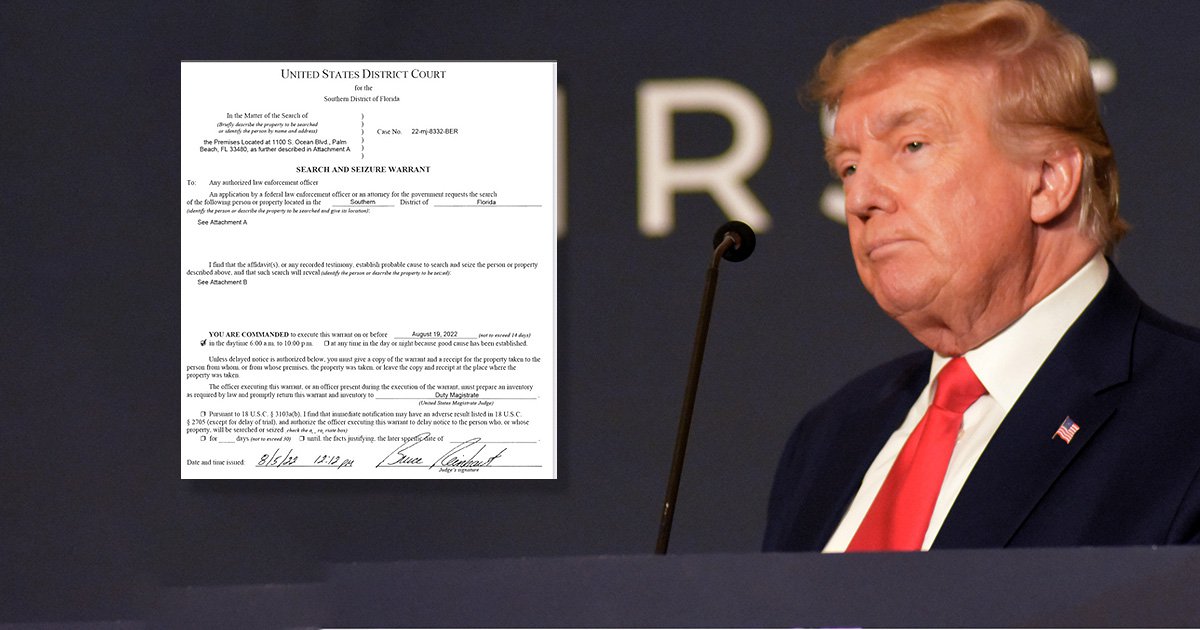 The warrant unsealed on Friday afternoon shows that the Justice Department is investigating whether Trump violated several federal laws with his handling of official records he took from the White House to his Mar-a-Lago home.

They include a possible violation of the Espionage Act, which can include crimes beyond spying, like refusing to return national security documents requested by the federal government.

Convictions on the offences could carry fines or even a prison sentence.

Another item was labeled, ‘Executive grant of clemency re: Roger Jason Stone, Jr’, a Trump ally and conservative political consultant whom the ex-president pardoned in 2020.

Other documents included a handwritten note and material marked ‘TS/SCI’, which refers to top-secret/sensitive compartmented information.

The documents were unsealed by a federal judge after the Justice Department on Thursday requested that they be disclosed to the public. They have been revealed four days after FBI agents raided Mar-a-Lago, unannounced, in search of classified material.