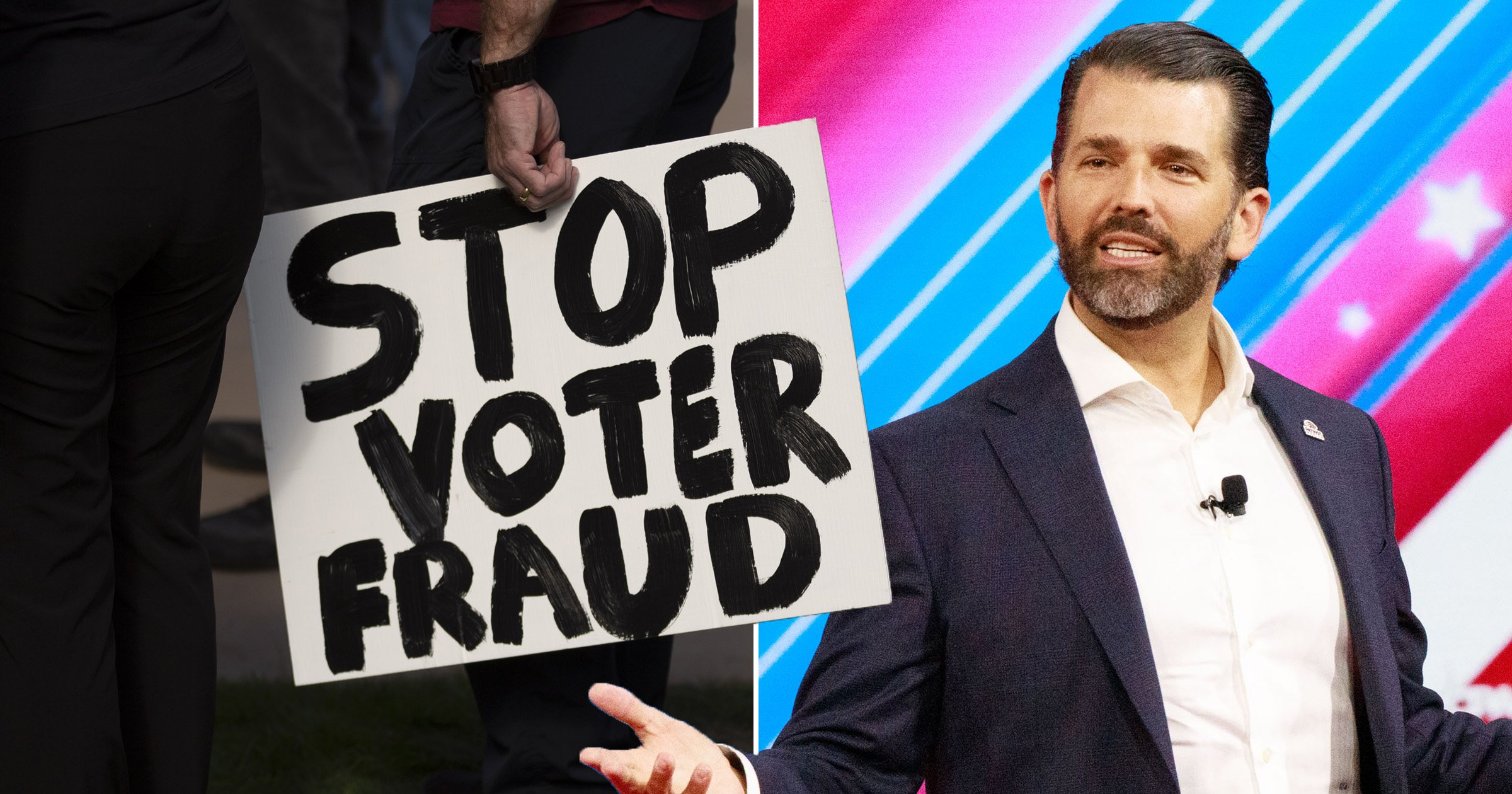 Discussions of how to secure a second term were allegedly flowing within Trump’s inner circle, even before current President Joe Biden was declared the winner of the election.

‘It’s very simple. We have multiple paths. We control them all,’ Trump Jr reportedly wrote in a text message to Meadows on November 5, according to a report published by CNN.

The messages from Trump Jr were among records obtained by the House Select Committee that is investigating the January 6, 2021 attack on the US Capitol.

In his correspondence with Meadows, Trump Jr outlines a nearly identical strategy to what allies of the former President attempted to carry out in the months after he lost re-election.

And if that failed, GOP lawmakers in Congress could vote to reinstall Trump as President on January 6, according to CNN.

While the president’s son was publicly pushing various voter fraud conspiracy theories, his text messages to Meadows show that there were other ideas being tossed around privately about what to do following the election.

A lawyer for Trump Jr denied that the messages were written by him.

‘After the election, Don received numerous messages from supporters and others. Given the date, this message likely originated from someone else and was forwarded,’ Alan S. Futerfas told CNN.

Former President Trump and his allies attempted numerous routes to overturn his loss, all of which were unsuccessful, including pressuring then-Vice President Mike Pence to block the certification results on January 6, when a swarm of his supporters stormed the Capitol.