Donald Trump needs the same level of affirmation as a toddler – but prosecuting him would only give him the attention he craves, says former FBI chief James Comey.

Mr Comey, who was controversially fired by the president in 2017, told Sky News launching a criminal case could lead to several more years of the “Donald Trump show”.

He said it could overshadow efforts by Joe Biden to unite America and is “probably what [Trump] would want the most”.

“I have never seen an adult with a greater hunger for affirmation than Donald Trump,” he told Sky News.

“I’ve seen it in two-year-olds and three-year-olds. Affirmation is like air, he needs it constantly.

“I’d like to see some of the lights go out and he can stand on the front lawn at Mar-a-Lago and shout at cars in his bathroom and none of us will hear it.” 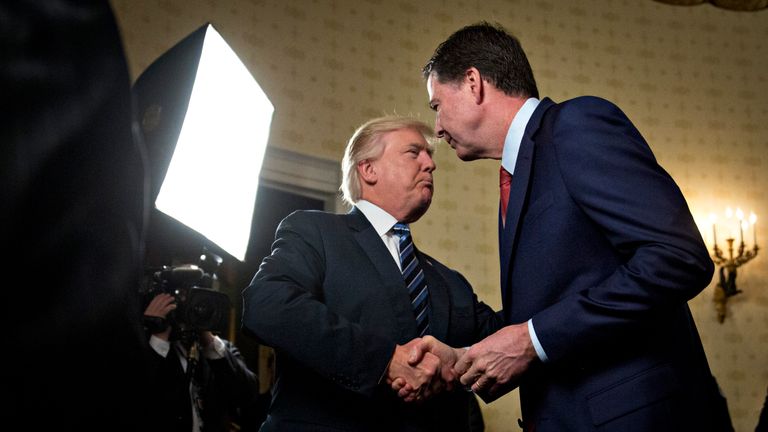 As president, Mr Trump is “constitutionally immune” from prosecution – but that ends in days, raising the possibility he could in future be charged if crimes were committed before or during his term.

Mr Comey agrees, though, with this week’s historic second impeachment of the president.

“I don’t think that anybody can disagree, there has to be the letter ‘i’ tattooed on him again, and ideally I’d like to see him convicted by the US Senate and barred from ever holding public office again,” said Mr Comey.

The 60-year-old was fired by the president while the FBI was investigating Russian meddling in the 2016 presidential election – and is now a vociferous critic of Mr Trump. 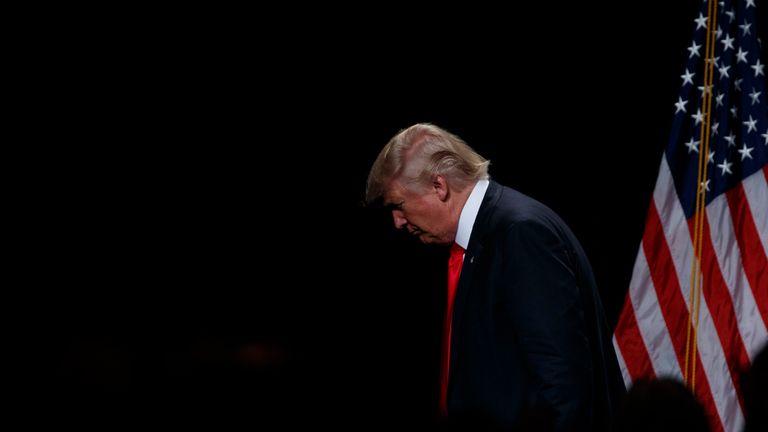 He said the outgoing president was “the dictionary definition of a demagogue”, who “aimed not just to lie to people but really to destroy the notion that the truth exists”.

“There’s a menace to him in private that you don’t pick up in public,” added Mr Comey.

“But I have felt it sitting close to him, that constantly reminded me of a mob boss because I’ve known mob bosses and helped put them in jail.

“That menace coupled with that hunger for affirmation is a really dangerous recipe.” 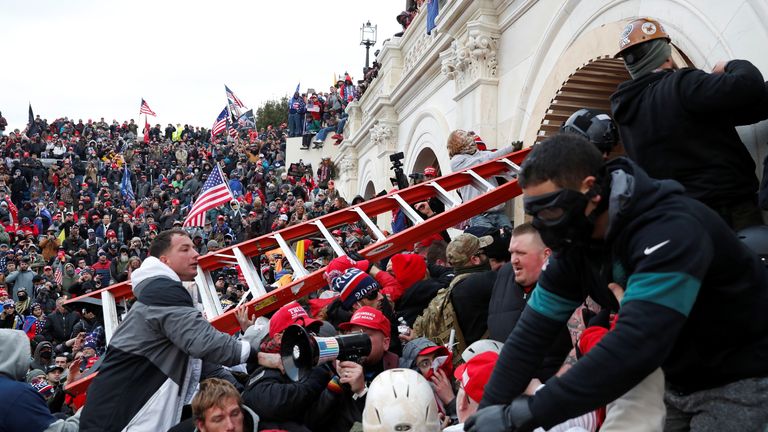 Mr Trump has just a few days left before Joe Biden’s inauguration on Wednesday – but it has not stopped politicians voting to impeach him on charges of inciting the deadly riots at the US Capitol.

The storming of the building – the heart of US democracy – on 6 January caused widespread shocked America, with Trump supporters running amok and five people left dead.

Mr Comey told Sky News the danger remains and that he is worried about the potential threat from “armed, disturbed people” on inauguration day.

Many Trump supporters believe his unsubstantiated claims of fraud in November’s election and the FBI has identified more than 200 people threatening violence in “concerning online chatter”.

Mr Comey said the danger had “to be taken very, very seriously”, and that people involved in the previous chaos must be dealt with “swiftly and severely”. 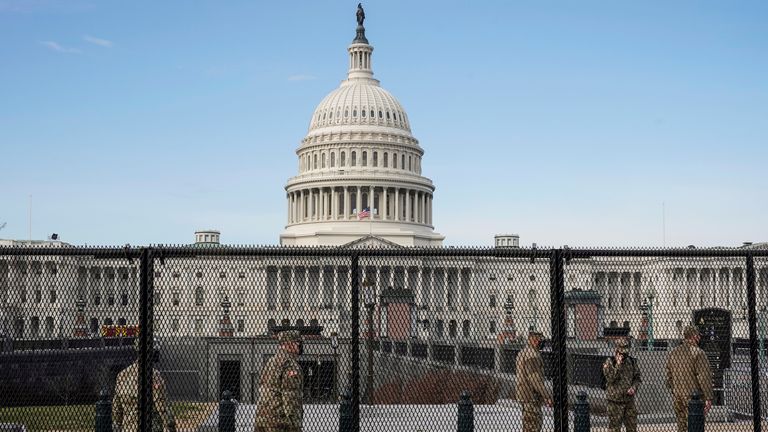 “I’m worried because there are armed, disturbed people who are in this state of mind where they believe their country is being taken from them,” said Mr Comey.

“So it’s a threat law enforcement in the States has to take very seriously.

“At the same time, I know that we have the capability, investigative and the tactical capability on scene, to protect these locations and so I am optimistic that the threat will be neutralised, but it has to be taken very, very seriously.”

The National Guard has also been descending on Washington to guard government buildings ahead of inauguration, when officials say 21,000 will be on hand.

Police were hugely outnumbered by the Capitol rioters and have been criticised over how it easy it was for the mob to seize control. 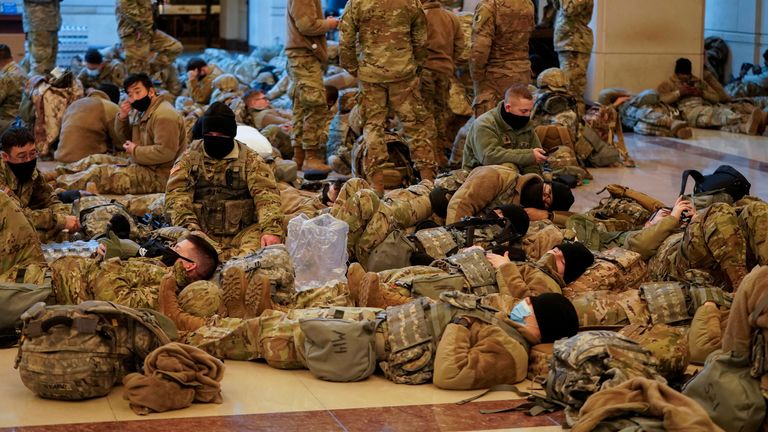 Mr Comey told Sky News he was “sickened” by the violence and angry at the failure to defend the building, despite the obvious threat.

“It is going to be important for our country to understand that failure.”

He added: “9/11 we were told was a failure of imagination, we didn’t anticipate the way the terrorists might come at us; this didn’t require imagination.

“This was all over the internet and the group literally walked slowly down Pennsylvania Avenue towards the Capitol so it was just a failure and we need to know why at all levels so that we don’t let it happen again.”

Mr Comey has just released a new book, Saving Justice: Truth, Transparency, and Trust, described as a “clarion call for a return to fairness and equity in the law”.