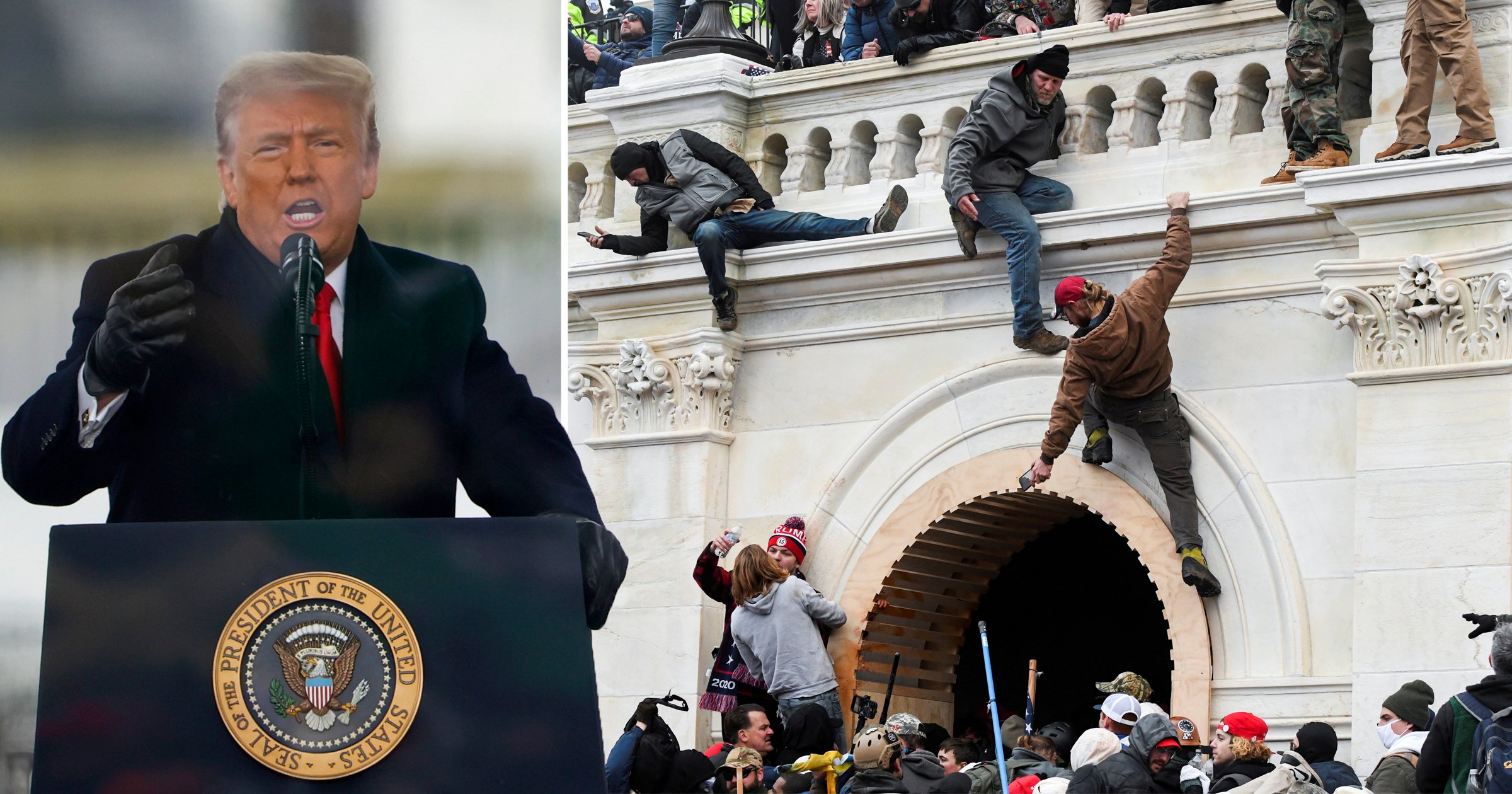 A federal appeals court ruled against an effort by former President Donald Trump to shield documents from the House committee investigating the January 6 insurrection at the Capitol.

However, the DC Circuit Court of Appeals paused its ruling for two weeks so that Trump could seek a Supreme Court intervention.

The panel of three judges said there was a ‘unique legislative need’ for documents that the committee has requested. Trump has sought to refuse these documents through executive privilege.

‘The events of January 6th exposed the fragility of those democratic institutions and traditions that we had perhaps come to take for granted,’ said the DC Circuit opinion, which was written by Judge Patricia Millett, who was appointed by former President Barack Obama.

‘In response, the President of the United States and Congress have each made the judgment that access to this subset of presidential communication records is necessary to address a matter of great constitutional moment for the Republic. Former President Trump has given this court no legal reason to cast aside President Biden’s assessment of the Executive Branch interests at stake, or to create a separation of powers conflict that the Political Branches have avoided.’

Joining Millett in the decision was another Obama-appointee, Judge Robert Wilkins, and Judge Ketanji Brown Jackson, who was appointed by President Joe Biden.

Biden had declined to assert executive privilege over the documents in question, as he had determined that the ‘unique and extraordinary’ circumstances around January 6 warranted the transparency, administration officials said.

Trump brought the lawsuit in October seeking to block the National Archives from turning over the documents to the House committee.

However, President Biden waived Trump’s executive privilege claims since he is the current officeholder.

The National Archives has said that the records Trump wants to block include presidential diaries, visitor logs, speech drafts, handwritten notes ‘concerning the events of January 6’ that are from the files of former chief of staff Mark Meadows, as well as ‘a draft Executive Order on the topic of election integrity.’

The decision comes a day after Trump’s former White House chief of staff Mark Meadows sued in Washington federal court, seeking to void two subpoenas related to him that had been issued by the committee as part of its investigation into the Jan. 6 riot.