Mr Kelly, a retired Marine general, has been in the role since the end of July last year.

Mr Trump did not name his successor, but soon after, it emerged he has been in talks with Mike Pence’s chief of staff Nick Ayers.

The Vice President’s chief is understood to be unable to make a commitment to the president’s office because of his family commitments. He is a father of triplets.

But White House officials have told Associated Press Mr Ayers has won the approval of Ivanka Trump and Jared Kushner and has impressed at the helm of Mr Pence’s largely separate political operation.

Mr Trump made the announcement at the White House before departing for the Army-Navy American football game in Philadelphia. 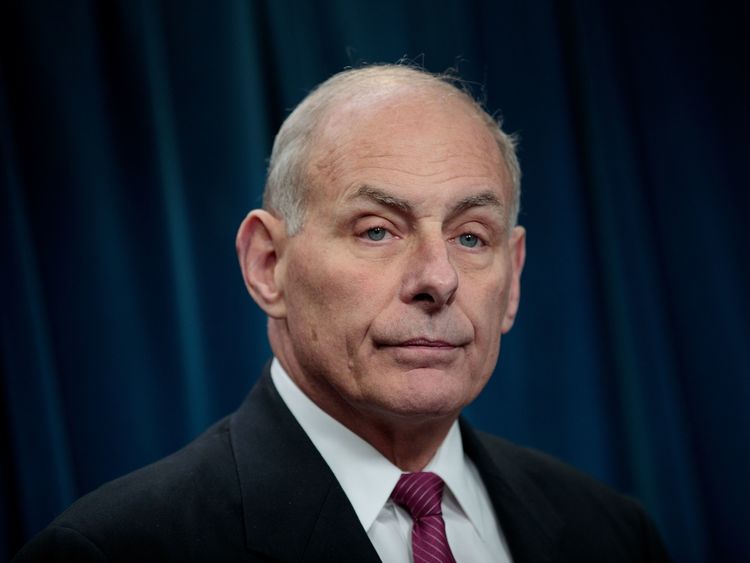 He said: “John Kelly will leaving – I don’t know if I can say retiring – but he’s a great guy.

“He’s been with me almost two years now, between two positions.

“I appreciate his service very much.”

Mr Kelly is credited with bringing some discipline to the White House, but his time with Mr Trump has not been smooth sailing.

He joked about how serving in the White House was the hardest thing he had done, including the time spent in battlefields.

There were also difficulties over the way Mr Kelly handled domestic violence accusations against the former White House staff secretary, as lower level staff members believed Mr Kelly had lied about what he knew and when.

The shake up comes as Mr Trump prepares for what could be a challenging time from January when the Democrats take over the House after the mid-term elections. He also faces his next campaign for the 2020 presidential elections. 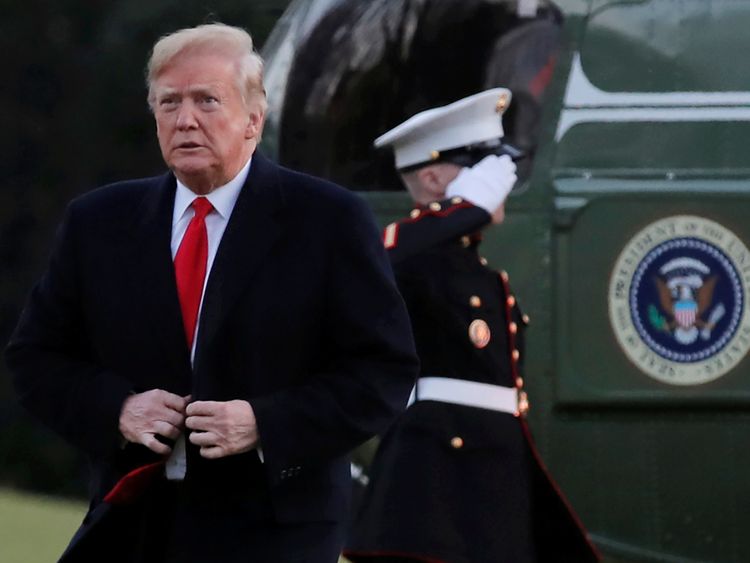 It’s also despite Mr Trump asking his chief to stay on until 2020 when he reached the end of his first year. CNN also reported that the president had asked Mr Kelly to consider committing to his second term.

CNN also suggests that Mr Trump and Mr Kelly are no longer on speaking terms. Aides are said to believe the relationship between the pair cannot bounce back now, despite Mr Kelly allegedly being close to quitting on several occasions.

Mr Kelly moved from the Department of Homeland Security to chief of staff after Reince Priebus left. He took over as intrigue grew because of allegations of election interference from Russia.

He may have been able to stay in the role for so long because Mr Trump was haunted by an early high turnover of staff.

Mr Trump has made several changes to his top team in the past few days, announcing his nomination for UN ambassador as former Fox News presenter Heather Nauert.

Earlier on Saturday he announced Army chief of staff General Mark Milley as his pick to be the new chairman of the joint chiefs of staff.

Two of his staff who worked on his 2016 campaign will leave their roles to begin working on the re-election campaign. Bill Stepien has been Mr Trump’s political director, and Justin Clark was the director of the office of public liaison.