Donald Trump has said he will nominate a woman to sit on the US Supreme Court and will put forward the nomination next week, as a row ensues following the death of Justice Ruth Bader Ginsburg.

“It will be a woman. I think it should be a woman because I actually like women much more than men,” the US president told a campaign rally in Fayetteville, North Carolina.

Liberal icon Justice Ginsburg had sat on the Supreme Court since 1993, until her death on Friday due to complications from pancreatic cancer. 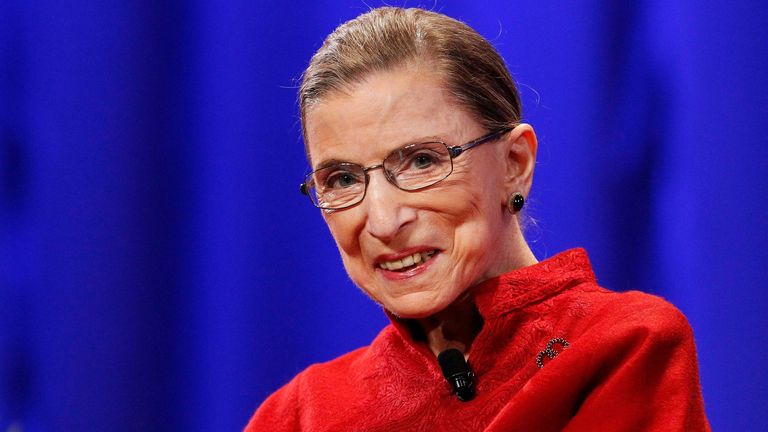 Her death has sparked a battle over how a successor will be appointed, with the perceived political leanings of Supreme Court justices – especially on controversial issues such as abortion rights – making it a matter of significant political debate.

Democrats have argued a successor should not be chosen until after the election in November.

Justice Ginsburg herself, who was a champion of women’s rights, said before her death that it was her “most fervent wish” not to be replaced until a new president was in power, according to non-profit media organisation NPR.

But Mr Trump has insisted the Republican Party is obliged to replace Justice Ginsburg “without delay”.

The procedure for appointing a Supreme Court justice allows the president to nominate a candidate and then requires the Senate to confirm them.

This would give Mr Trump the opportunity to expand the court’s conservative majority to 6-3.

If successful, the Supreme Court could be dominated by conservative justices for decades to come, and potentially overturn Roe v Wade – the landmark Supreme Court decision in 1973 which protects a woman’s right to access an abortion in the US.

Two conservative women have been named as potential candidates: Amy Coney Barrett of the Chicago-based 7th Circuit, and Barbara Lagoa of the Atlanta-based 11th Circuit.

Ms Barrett is a devout Roman Catholic who abortion rights groups say would be likely to vote to overturn the landmark decision that legalised abortion nationwide.

Ms Lagoa was the first Latina on the Florida Supreme Court and would become the youngest justice on the Supreme Court if appointed at 52 years old. In their arguments for why this nomination should be held off, Democrats pointed to the Republican Senate’s refusal in 2016 to act on President Barack Obama’s Supreme Court nominee.

Conservative Antonin Scalia had died 10 months before that year’s election, and Senate majority leader Mitch McConnell then said the Senate should not act on a nominee during an election year.

This time, he has reversed his stance and vowed to quickly call a vote to confirm Mr Trump’s nominee.

In a statement posted online, Mr Obama said: “A basic principle of the law – and of everyday fairness – is that we apply rules with consistency, and not based on what’s convenient or advantageous in the moment.”

Presidential hopeful Joe Biden also voiced his frustrations, saying: “Just so there is no doubt, let me be clear: the voters should pick a president, and that president should select a successor to Justice Ginsburg.”