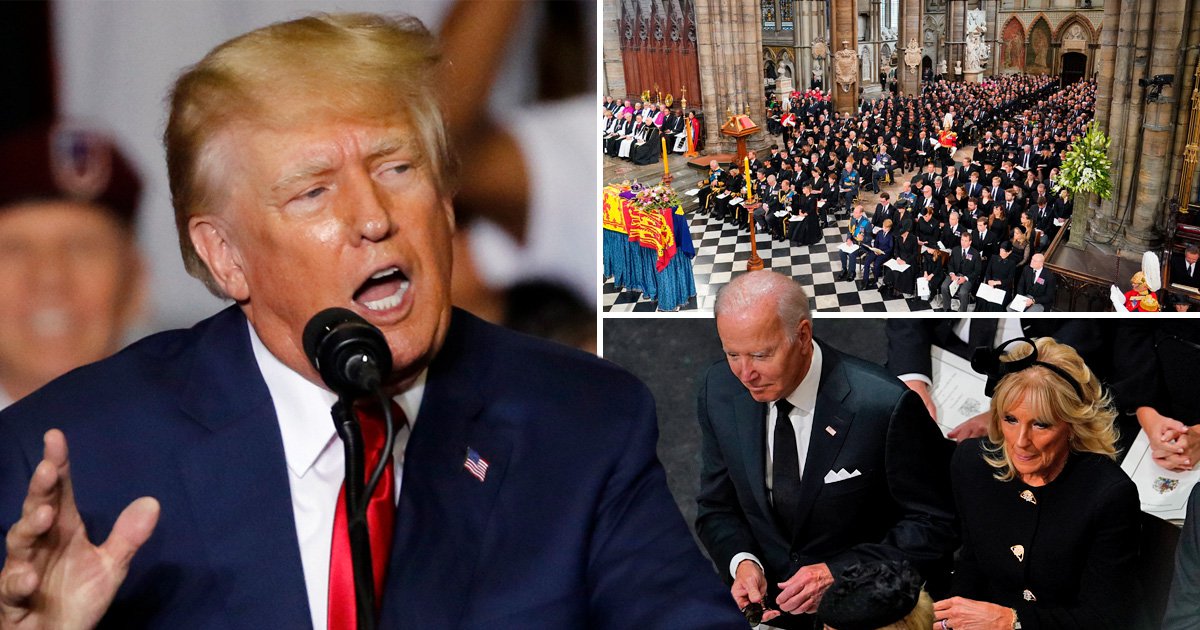 Donald Trump mocked his successor Joe Biden for sitting 14 rows from the front at Queen Elizabeth II’s funeral – and claimed he would not be seated so far ‘back there’ if he were still president.

Trump sounded off on his Truth Social platform on Monday evening, shortly after the Queen was laid to rest in the UK. Trump posted an image highlighting Biden’s position behind more than a dozen rows.

‘This is what’s happened to America in just two short years. No respect! However, a good time for our President to get to know the leaders of certain Third World countries,’ wrote Trump.

‘If I were president, they wouldn’t have sat me back there—and our Country would be much different than it is right now!’

He then added an additional remark: ‘In Real Estate, like in Politics and in Life, LOCATION IS EVERYTHING!!!’

Trump and other former US presidents were not invited to attend the Queen’s funeral service at Westminster Abbey in London due to the high number of dignitaries attending.

The Bidens were seated 14 rows back at the service with 2,000 guests, including about 500 presidents, kings, princes and prime ministers from around the globe.

Sitting further up than the Bidens were leaders of Commonwealth countries and nations that continue to consider the UK the head of state.

Trump’s Truth Social took a very different tone than a piece he wrote for the Daily Mail.

‘Spending time with Her Majesty was one of the most extraordinary honors of my life,’ wrote Trump.

‘I grew up in a household where Queen Elizabeth – her grace, her charm, her nobility – were deeply admired, especially by my mother, who came from Scotland.

On the day of her death, Trump posted on Truth Social: ‘Queen Elizabeth’s historic and remarkable reign left a tremendous legacy of peace and prosperity for Great Britain.’